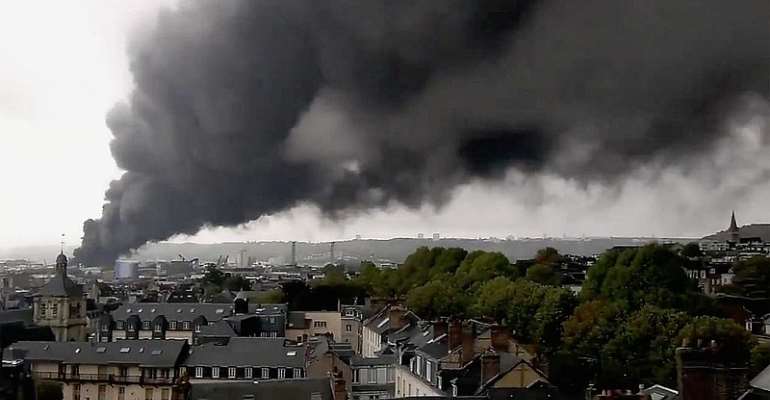 A French Senate commission of inquiry into last September's major fire at a chemical factory in Rouen has denounced “unacceptable blind spots" in France's decades-old industrial risk prevention policy, blasting the government's handling of the crisis.

Eight months after the blaze tore through the Lubrizol lubricants plant, forcing the closure of schools and nurseries in 13 Normandy municipalities, the committee charged with evaluating the management of the environmental, health and economic consequences found failure on multiple levels.

Its report, published Thursday, cited “late and incomplete” health monitoring, “weak” sanctions and communication that was more concerned with “reassuring” the public than “informing” them.

Chaired by centrist senator Hervé Maurey and supervised by Christine Bonfanti-Dossat, of the right-wing Les Républicains party, and Nicole Bonnefoy, of the Socialist Party, the commission said the state had shown itself to be "incapable of informing the public in a clear, prescriptive and educational manner”.

It noted the “reduced number of sanctions” faced by polluters over the years, while also urging the government to review its crisis management procedures – especially in terms of communication.

In the aftermath of the blaze, authorities received more than 130 complaints from residents suffering breathing problems and farmers who were forced to stop work because of the pollution.

The origin of the fire, which broke out on 26 September sending a plume of black smoke into the air that stretched 22 kilometres, has yet to be established. Some 9,500 tonnes of chemicals burned on the Lubrizol site and neighbouring warehouses.

The factory – which has been operating since 1954 – gained notoriety in 2013 when a foul smell emanating from its premises sparked a national health crisis.

The nauseating gas mercaptan had formed in a tank at the plant, causing a stink that spread all the way across the Channel to England.

An investigation found the mercaptan leak was caused by human error.