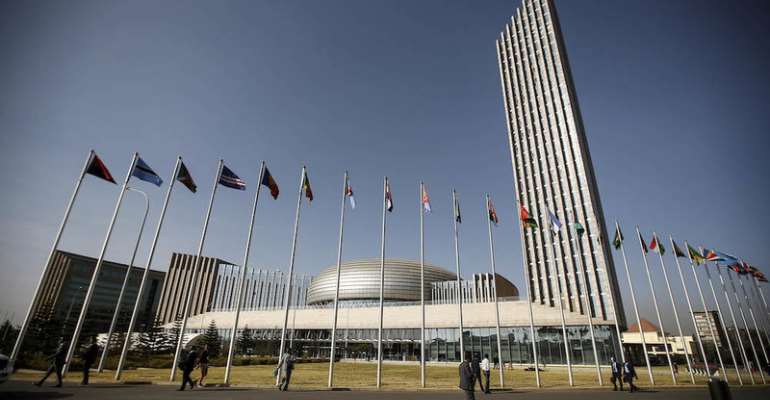 The Ghana Chapter of the Economic, Social and Cultural Council of the Africa Union (ECOSSOC) has cautioned political parties in the country not to engage in any activities that could threaten the peace the country and stability that the country has enjoyed as it prepares to go for elections in December.

“Ghana has done lots in the past to ensure peace and security is sustained. Having conducted seven elections since the commencement of the 4th Republic, the country has come of age to resolve every political disagreement without having to compromise the peace, security and harmony that has kept the country together. The recent debate on whether the country needs a new voter’s register can be resolved through sustained dialogue and consensus-building and should these avenues fail, the matter could be brought to the Supreme Court to determine its merit or otherwise,” said Stephen Caleb Opuni, the Ghana Representative to the 3rd General Assembly of the AU ECOSSOC.

Mr. Opuni was speaking in Accra as of activities marking Africa Union Day Celebrations in Ghana which falls on Monday 25th May. The theme for the celebration is: Silencing of the Gun: Creating Conducive Conditions for Africa’s Development

Mr. Opuni said “peace and security continue to be major challenge for most African countries. Until nations across the continent are able to address issues that affect the peace and security, Africa cannot be seen to be a competitive place for foreign direct investment (FDI) and doing business. As a continent endowed with almost natural resources and a population full of young and energetic people, the continent has the potential to create employment and enhance the livelihood of the people.”

“It is much of a worry that resources that could have been invested in education, science, technology and infrastructure are being used to deploy peace-keeping forces in some parts of the continent. Take for instance, the AU Military Mission in Somalia (AMISOM) cost the AU an annual cost of a billion-dollar. Imagine what $1 billion can do for the economy of Somalia”, he lamented.

On his part, Mr Appiah Adomako, the Ghana Representative to the 3rd General Assembly of the AU ECOSSOC urged civil societies across the continent to take interest in the Africa integration process by ensuring that African leaders show full commitment to treaties and protocols.

Mr Appiah Adomako said the majority of the people feel removed and disconnected from the Continent when it comes to consumption since nations do not trade among themselves. Nations cannot trade freely under the Africa Continental Free Trade Area (AfCFTA) if guns are not silenced. Without peace and security, land borders will not be opened to allow for goods and people to move free across the country

In his closing remarks, the chair of the meeting Mr. Tsonam Cleanse Akpeloo said African countries should not allow the coronavirus pandemic roll back progress made so far in ensuring one single market for Africa.

Mr Tsonam Cleanse Akpeloo, who is also the Greater Accra Regional Chair of the Association of Ghana Industries (AGI) and former member of the ECOSSOC General Assembly added that with the signing of the AfCFTA and its ratification, African countries must take advantage of the collective GDP of US$ 2.5 trillion, making it the 8th largest economy in the world 1.2 billion market and to lift people out of poverty. This should encourage business people to take advantage of AfCFTA and make the investments necessary to sustain economic growth and create employment”

The Economic, Social & Cultural Council (ECOSOCC) was established in July 2004 as an advisory organ composed of different social and professional groups of AU Member States. The purpose of ECOSOCC is to provide an opportunity for African Civil Society Organisations (CSOs) to play an active role in contributing to the AU’s principles, policies and programmes. ECOSOCC’s functions include: Contributing, through advice, to the effective translation of the AU’s objectives, principles and policies into concrete programmes, as well as evaluating those programmes, undertaking studies and making recommendations as well as fostering and consolidating partnerships between the AU and CSOs.