5 Lessons From The Life & Death Of ‘Apraku My Daughter’ 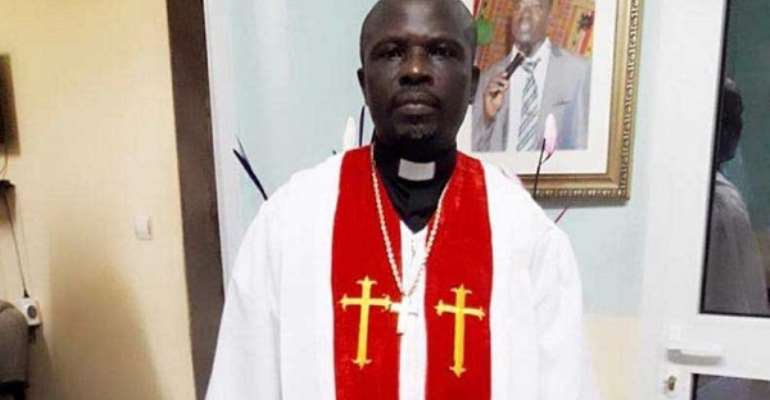 “Wisdom calls aloud outside;
she raises her voice in the open squares.
She cries out in the chief concourses,
At the openings of the gates in the city
She speaks her words.”
-- Proverbs 1:20-21 (NKJV)

The death of the once famed 'Apraku My Daughter' can teach us some lessons about life and living it. I didn't know the man personally nor did I really know the ins and outs of his ministry. But I have heard and read about him just days after his departure. As a Christian, all I can do is to pray for his family and loved ones and pick a lesson or two so that I don't fall in the same tracks.

Here are 5 key lessons for us to consider:

#1. TRUST
I read that part of the fall of his ministry from a 'mega' one to nothing was because of his deputy whom he left things to and travelled. Upon coming back, everything was reduced to nothing and that started his downward spiral. Someone once said that, 'In God we trust, all other people we monitor'. A wholehearted trust in God is more secure than a wholehearted trust in man. Why? Because man has the potential to fail you but God will never fail. I was listening to the story of David in the Bible. Even though he wholeheartedly trusted in God to restore the kingdom to him when his son Absalom caused the treason, he still put things in place before running away from Jerusalem to seek asylum. May we learn to wholeheartedly trust in God and work with men.

#2. PRAISE & MOCKERY
Before his death, a short video taken by a lady emerged allerging to be Apraku drunk and losing his steps. She was making reference to how she gave him money to pray for her but there was no result. Interesting that the same person who once went to the man to be prayed for is now mocking him. If you think all men like you, just wait until you have an issue. I am not that old but I have seen many instances where people who are praised in this country and the world over, have been reduced to nothing because of an issue they were found to be part of. Yes, today you are being praised, but take the advice of Pastor Mensa Otabil who said in his sermon Pathways to Success that when people praise you, just take it, lick it and then spit it out. Don't ponder over and let it enter your heart. Just enjoy it and let it go.

#3. SEASONS
Whether we like it or not, there are good times of life and bad times too. We must build enough stamina in good times to withstand bad times. Clearly, the latter days of the man 'Apraku My Daughter' cannot be compared with his hay days when he was celebrated everywhere. He was driven. He was served. He was visited and called Spiritual Daddy and co. But when the bad days came, it was as if he had never been known before. May we not think life is all good times. May we not downplay bad times and not be able to build the right shock absorbers. In the story of biblical Joseph, he told Pharaoh that there will be 7 years of abundance and 7 years of lack and so they had to work hard and save for the lack season. This is pure wisdom from above! The reality of life is that things are not going to be all good and all bad too. But we must know and act accordingly in sync with wisdom.

#4. FAITHFULNESS:
This lesson is very gray but yet important to write about. People doubted his ministry. They claimed he was false. What will really make people doubt a man of God? For me, I have learnt to be faithful to God and the Scriptures. When Billy Graham went into the woods one day, his whole prayer was to settle this issue about trust in the Bible alone. Afterwards, everything about his ministry was about the Bible. What shall we say: He who has called us to be His children and servants, can also cause us to succeed in our area of operation. Whether he was true or false, I don't know, but one thing I know is that if each one of us remains faithful to God, He will use us. It's not about being big but just being faithful to God. May we learn this and keep our souls at rest in the Lord.

#5. LEGACY
Apraku did not remain at the height of his 'success' forever. As we say in Ghana, 'some go and some come'. We must know that success and fame are not forever. There will definitely be a time you exit the scene. Your legacy will speak. Today, it is 'Apraku My Daughter' who has left the scene, who will be next tomorrow? What will be said about you? Indeed, just look at this whole episode of life as if you are in the future. Imagine, you were Apraku and people are discussing you after your departure, what are they saying about you? Sometimes we discuss people as if we will never die. Other times we discuss people and forget what we must really learn since we are still alive. Let's learn that we will not be here forever but our legacy will speak.

As you ponder over these five lessons from the death of 'Apraku My Daughter', let's prepare for our own lives and times. Will God find us faithful and what will people say we did?

Do you have any other lessons learned from this whole episode? Share in the comment space below.