Are We A Nation Of Less Intelligence? ― Money Scientist Challenges Finance Minister 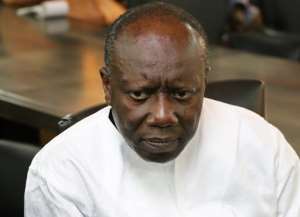 "A nation or world of people who will not use their intelligence are no better than animals which do not have intelligence. Such a people are beasts of burden and steaks on the table by choice and consent," says Henry Odoi, money scientist and president of Ghana Monetary Institute (a non-profit public trust dedicated to an independent study of money history, theory and reform.)

Careful consideration proves that he is right. He argues that, why should our Government with the sovereign authority and constitutional right to create and issue Ghana money give that power away to private international bankers and then borrow that same money back at interest? Why should the Finance Minister, in the midst of a global pandemic, focused more on borrowing "peanuts" which cannot solve the country’s problems instead of using alternative legal tender? Why should our Government, using the Covid-19 Trust Fund, beg for money from private individuals and businesses instead of the other way round whilst the majority of citizens suffer in hardship.

Second, the Ghana Money Creation Act (Bill). A draft legislation to provide the Bank of Ghana with exclusive right to create and issue all currency for direct funding by Government to modernize, improve and upgrade the physical economy and to promote the general welfare.

So, to answer Ken Ofori Atta’s question "What should a Finance Minister do?", I suggest he should call Henry Odoi, the money scientist, on 020-499-7519 now to save the nation and Ghanaians from debt, poverty and Covid-19.

Or, are we truly a nation of "less intelligence"?