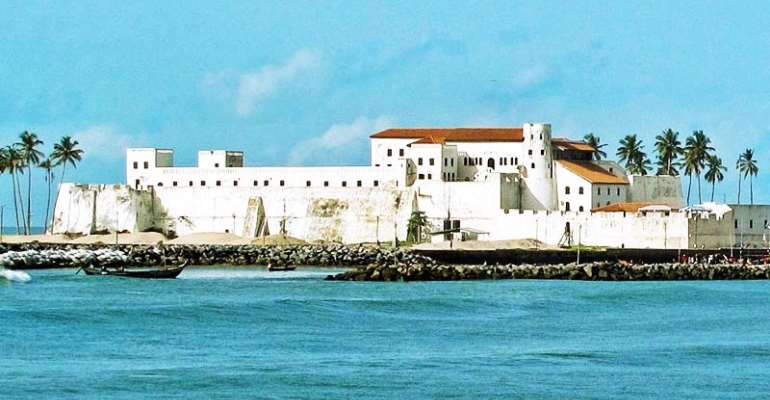 ACCRA, FEBRUARY 27, 2015: Countries are defined in many ways, one of which are the landmarks that make these areas memorable. Global property platform Lamudi takes a look at some of the most famous landmarks across the globe, and what they represent.

The White House - America
The White House is world-renowned as the heart of the American political landscape. As the residence and office of the President of the United States of America, the White House has been the building that has most shaped the U.S. position in the international community as well as in world history. Designed by Irish-born James Hoban and completed in 1800, this masterpiece of neoclassical architecture was set ablaze by the British Army in 1814. Reconstruction was completed in 1817, and in 1901 the West Wing was completed.

The Palace of Versailles in France
In 1624, the King of France, Louis XIII, ordered the construction of a small lodge to be used for hunting and recreational purposes. More than a hundred years later, the modest hunting lodge had been transformed into perhaps the most impressive residence in the world, with Louis XV adding an Opera and Petit Trianon towards the end of his reign in 1789.

Prague Castle in Czech Republic
Named in the Guinness Book of Records as the largest ancient castle in the world, the official home and place of work of the President of the Czech Republic measures a staggering 70,000 square meters.

Fort Santiago in the Philippines
The city of Manila was founded under Spanish rule in June 1571, but severely lacked any kind of fortified protection until Gomez Dasmarinas ordered the construction of Fort Santiago in 1590. Serving as the primary defense for the Spanish invaders against indigenes and foreigners, the fort was improved, and in 1714, an astounding ornate gate was added alongside military barracks.

Machu Picchu in Peru
Nestled in the iconic landscape of the Peruvian Andes, Machu Picchu stands as perhaps the greatest architectural achievement of the 15th century. Testimony to the Inca Empire's extraordinary historical legacy, Machu Picchu rests 2,430m above sea-level, deep into the heart of the tropical mountain forest.

El Castillo in Mexico
Dominating the skyline of Chichen Itza, 'El Castillo' served as a key religious site to the pre-Columbian Maya civilization, which inhabited the Yucatan state of Mexico between the ninth and 12th century. Measuring an impressive 24 meters in height and 55 meters across, 'El Castillo' gives us a fascinating glimpse into the unique worldview of an exceptional civilization.

Elmina Castle in Ghana
Built in 1482, the Elmina Castle is the oldest European building south of the Sahara in Africa. The castle, which was originally built by the Portuguese as a trading post, assumed a leading role in the Trans-Atlantic Slave Trade. The castle would serve as a depot for captured slaves who were held captive before exiting through the infamous 'Door of No Return'. Today it serves as a tourist site for individuals around the world to learn more about the experiences of such men and women in the 17th and 18th Centuries.

Robben Island has played a pivotal role in South African and world history. Constructed in the 17th century, Robben Island has served as a prison and military base at various points, and in the middle-to-late 20th century held Nelson Mandela, as well as other important freedom fighters, incarcerated within its walls. Since Mandela regained his freedom, and South Africa was freed from the blight of the Apartheid regime, the prison has become a symbol for the triumph of democracy and freedom throughout the world.

Constructed sometime between 400 B.C. and A.D. 106, Petra stands as the definitive, awe-inspiring monument to the achievements of the Nabataean empire. Petra's historical significance stems from its role as perhaps the most important trading center in the Nabataean, Byzantine and Roman periods, providing a place for Chinese, Arab, and Roman traders to exchange produce, ideas and cultures.

Joblessness, indebtedness to the tune of 80% of our GDP frig...
36 minutes ago