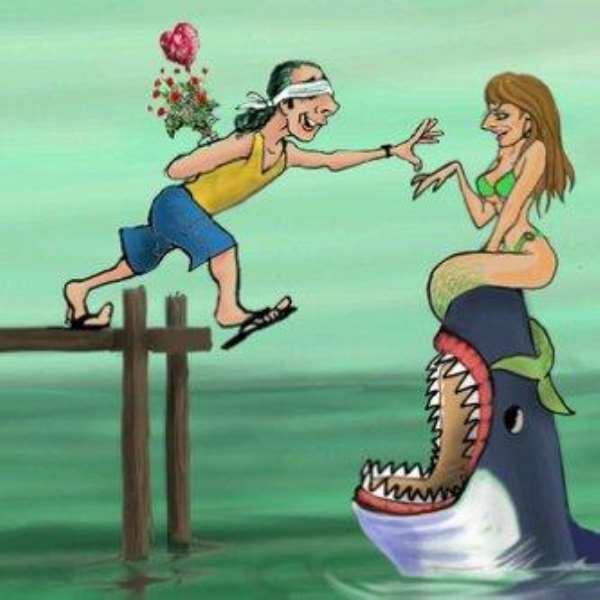 When you listen to any Ghanaian based radio stations after 10pm, almost all the over 400 private radio stations have Christian religious programmes being aired. This means many Ghanaians are hearing the word of God via Christianity almost 24/7. One interesting observation is that, many of the radio ministers do promote their miracle healing powers, this being the main message they normally preach. Listeners and viewers of these broadcasts are encouraged to call certain numbers or visit the Worship centers for miracle oils, water, handkerchiefs and all sorts of faith healing accessories. But the question most people asked is " Where do these people get some of these super natural powers"?

We can not easily answer this question from our office, but we can provide you with an arc that will give you clues as to where some of these powers might be coming from. The story below culled from Zimbabwe WeekendPost is as interesting as the miracles we sometimes see on TV or testimonies we hear on radio in Ghana.

Please note that this article is not meant to ridicule any religion but it is our way to share information and to educate our people to do critical analysis as they seek for the true way to express their faiths.

Stay blessed and enjoy a good read:
PREKESE GHANAMEDIA
A Self-styled prophet Simbarashe Kamupaundi (31) of Dangamvura, who was last Wednesday swept away by strong currents while baptising a church member in Epworth, was found lifeless floating in Ruwa River the following day.

His death is still shrouded in mystery with some schools of thought arguing that he could have been abducted by a mermaid and later dumped.

Simbarashe, a Nyeredzi Nhatu Apostolic sect member, was born and bred at House number 87 Area 13 in Dangamvura high-density suburb before he became a prophet and migrated to Harare.

He was laid to rest at Dangamvura Cemetery on Tuesday morning.

However, the late Kamupaundi's family has chosen to sing the same tune, saying the deceased could have been another victim of past mysterious happenings and disappearances associated with Ruwa River bank.

The river has reportedly “swallowed” various prophets, traditional healers and individuals and were never seen again.

Before he met his fate, Simba had confided in his brother's wife, Magma, whom he was staying with, that he had a spirit of a mermaid and was given a red cloth to tie around his neck before getting into the waters as a protective measure against the mermaid.

"He told my wife that he had been given a red cloth to tie whenever he gets into the water. He baptised about three people using that cloth but on the fateful day, Simba had a new cloth which he intended to use that day. I was with him on the day.

"He got into the water and after some minutes, he developed some convulsions and started drowning. It seemed like something was pulling him down. My wife and I tried in vain to save him, but the strong current overpowered us.

"My wife almost drowned. It was a sad sight seeing my brother going deep down the waters like that," said Simba's elder brother and family spokesman, Thomas, who witnessed the horror in shock and alerted police together with a few congregants of the church.

"In a state of shock I left the place and alerted police. I also consulted various prophets over his whereabouts and some of them told me that he could have been taken away by a mermaid.

"According to the African culture, we never mourned and kept our faith high that we were going to reunite with him, a thing which never happened. We have heard that so many people have vanished in that river and Simba could have been added on the list," added Thomas.

Simba's younger brother, Patrick, said: “We don't know what happened and we don't want to assume.”

Other members of the Kamupaundi family could not talk to the media citing the sensitivity of the matter.

According to the wikipedia, a mermaid is a mythical creature that is half woman and half fish. The name comes from 'mer' meaning sea. The male version is called a merman.

Although some mermaids are described as monstrous and ugly, they are more usually very beautiful. Above the waist they appear as a lovely young woman, whilst from the waist down, they are like a fish with fins and a spreading tail.

Mermaids lure handsome young men to their homes in the deep seas. Mermen, however, are usually wilder and uglier than mermaids and have little interest in humans.

It is believed that mermaids lure humans with their dazzling beauty underwater and if relatives mourn the disappearance of their loved one they might never see him or her again.

Victims can also return as spirit mediums if their disappearance is not mourned.

Mermaids live for a very long time but, according to some legends, do not have a soul.

Zimbabwe National Traditional Healers' Association (Zinatha) acting president Mr George Kandiero said that it was possible that he could have been swept away by strong current and failed to save himself out of danger since majority of Zimbabweans cannot swim.

However, he said that Simbarashe could have been overpowered by evil spirits that he was trying to exorcise.

"So many cases of this nature happen when one is overpowered by evil spirits a prophet will be trying to exorcise. Secondly, I know the area and we have handled numerous cases concerning that site, but so little has been done to cleanse it. A bad spirit could have swallowed him since some people have committed suicide in that river before and other prophets and n'angas have disappeared in that same river.

"It needs cleansing and we call upon the Government to undertake necessary steps to cleanse that area or else similar cases will be heard now and again," said Mr Kandiero. -