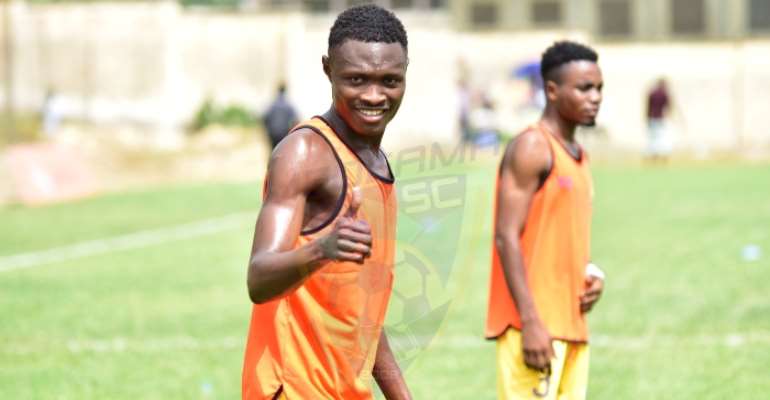 Ghana Premier League side Medeama SC, have confirmed the transfer of their two players Tahiru Awudu and Mathew Essiam to Spanish lower-tier side Alcobendas Sport on a permanent deal.

A statement on the club’s website read ”We have transferred Medeama duo Tahiru Awudu and Mathew Essiam to Spanish side Alcobendas Sport.

”Awudu, 19, Essiam, 18, are expected to continue with their development at the Spanish lower division side.

”The two players have started training with the side upon arrival in the European country.

”Both players were integral part of the Mauve and Yellows prior to their departure.

”The club wishes the two players well in their new adventure.

”Alcobendas Sport, founded in 1995 it plays in Tercera División – Group 7, holding home games at Polideportivo Luis Aragonés, which has a capacity of 3,000 spectators,”

The club was founded as Soto de la Moraleja, Alcobendas first reached the fourth division in 2006–07, finishing in the fourteenth position.

Changing its name to Soto Alcobendas Club de Fútbol in 2006, the team was again renamed the following year, to Alcobendas Sport, with the intention to cover the entire city.