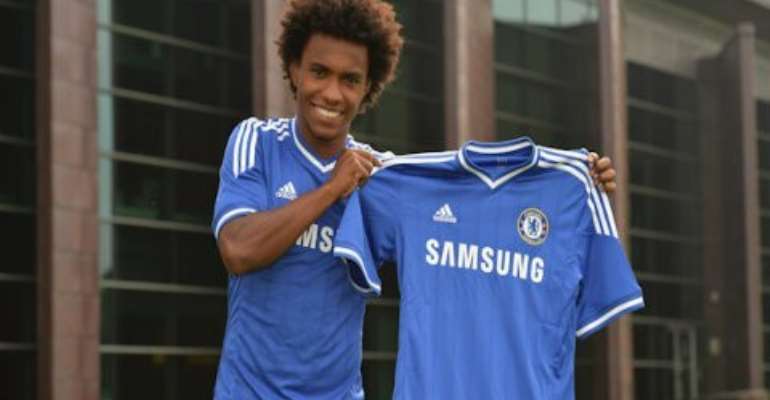 The Blues on Sunday agreed to a reported £30 million fee to sign the Brazilian midfielder from Russian outfit Anzhi Makhachkala.

Confirmed
The club in a statement on its official website on Wednesday confirmed the signing of Willian who becomes Mourinho's latest addition to the star studded Chelsea side.

-Chelsea Football Club is delighted to announce the signing of Willian.

-The 25-year-old Brazilian was today (Wednesday) granted a work permit and has signed a five-year contract, having moved to England from Russian club Anzhi Makhachkala.

-He will wear the number 22 shirt. The statement reads as quoted on the club's official website.

-Born on 9 August 1988, in Ribeirao Pires, Willian played at Sao Paulo before moving to Corinthians at the age of nine.

Youth Career
Having made his way through the Brazilian club's academy, Willian rose to prominence in 2005 at the prestigious Copa Sao Paulo de Futebol Junior tournament, which he won with Corinthians before being promoted to the first team where his impressive performances eventually earned him a move to Ukrainian top side Shakhtar Donetsk in August 2007.