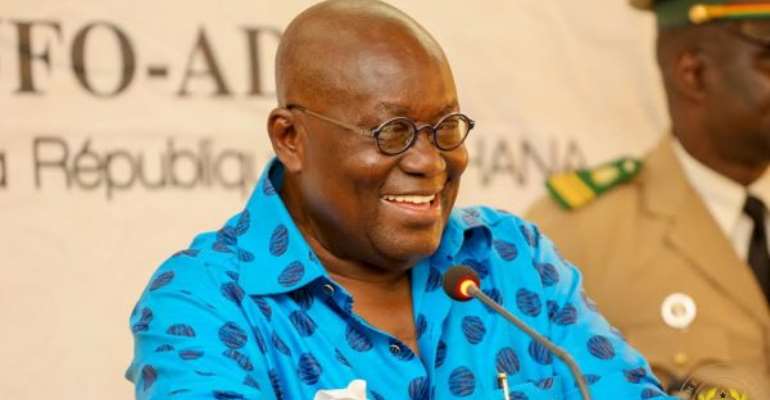 Though we could have avoided this crisis we found ourselves in, I think the government of Ghana had been on top of the issue than our west African neighbors especially with updates from the corridors of power even though the majority of Ghanaians believe the information is massaged for political reasons.

Mr President, you and I would accept the fact that since you assumed office a lot of things had gone unchecked and people have always had field days around you financially, from the galamsey bribes, Kelni GVG, BOST Scandal, Cash for seats scandal, excavators hiring and missing scandal and many more. All this gave you an opportunity to take actions to bring back the trust we had in you from 2016 but unfortunately they were all swept under the carpet which gave you a nickname "CLEARING AGENT".

There is an Ewe proverb that says "if you cook" ewokple" for your in-laws before they arrive in your house, it will never be believed you cooked it yourself". When you dance Adowa at your Frafra in-laws funeral you will be seen as a beneficiary of the death of you in-law.

Mr president no president had ever enjoyed the Media passover (support) than you are enjoying. Unfortunately this had to come at a cost by smartly closing down media houses that could put you on your toes so you may think all is well. The few who try to be critical about you are intimated unlike one social media journalist from your own party (Kelvin Taylor) who resides out of the country.

When it comes to money, Mr president you can't be trusted from your actions on alleged corrupt acts listed above in your government thus!

In our part of the world, unfortunately, leaders steal our money and anyone who try to seek accountability is seen with a political eye and either insulted or intimidated at his work place, perhaps his business collapsed (another bitter truth). At least we have seen it during your time as president.

This COVID-19 FUND you announced during your late night Recorded broadcast to us on Friday 27th March 2020 is just another means to steal from well meaning Ghanaians. We all recall the 15th of November 2017 when your government announced a FREE SHS fund. Until date no one had ever known how much had been donated and how the money was used. The same way you announced a $100 million dollars made available for this same disease we can't tell how that money is going to be used (when it arrives), even as our pastors are managing the National Cathedral fund there's no accountability, where you made a pledge and several fundraising had been made.

So you see, this COVID-19 FUND is just another means for some people to steal from generous people who would donate. Although your personal contribution of 3 months salary (if only it will happen) which we all know is robbing Peter to Pay Paul is commendable, it looks like we are in a very dangerous hole.

You appointing people to manage that fund is going to make it political though you asked us not to look at this disease politically. Mr President all actions you took before and after we had recorded cases are all politically motivated, but being a government with so much media advantage you would go scot free.

You see, this fund being managed by a retired Chief Justice Sophia Akuffo makes it worse than your cousin (Finance minister) who is managing our taxes because this is someone you appointed and she did biddings for you to help you remove the former EC boss and even her appointment came with so many issues since it was alleged she had that appointment based on her personal relationship with you. Who watches the watchman? as one of your own asks.

In all this your dishonesty and crave to help people you have always appointed to get away with monies free of charge just makes this COVID-19 FUND a create, loot and share, carefully crafted. I will urge you to allow Ghanaians who want to donate do so in the hospitals and facilities as it has been done for the beneficiaries to benefit directly from the donors. This attempt to swindle the good will of people in this pandemic times for some of your own to chop and go scot-free is a non starter sir.