Our Youth And Insults - Where Next? 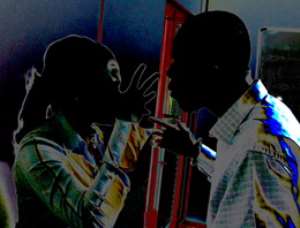 We are witnessing very unfortunate developments from the youth of today -they've resorted to attacking the elderly - political, traditional, religious, and business leaders unconscionably without due regard to our long-established traditional, cultural, religious values, norms, and general upbringing.

Yes, you are at liberty to speak your mind or get angry over public matters that you have genuine disagreements with and to say them as you deem necessary and appropriate, that is; speak in general terms about them.

But you do not have the right legally to speak in general and specific terms by mentioning names of individuals considered, deemed or alleged to have done things you are not happy with. You risk legal action if such individuals decided to take legal action against you.

Each of us as youth and Ghanaians particularly have the right and our constitution to speak freely without hindrance, but we should never forget that our rights guaranteed under the constitution are not absolute as they are to be enjoyed first and foremost by you observing certain obligations.

For instance, we are often told that "where your rights end as a citizen, that is where someone else's right begin" this means that, you can speak your mind as you wish, but you should be minded that person also reserve the right under the same constitution to take certain actions to clear his name.

In recent times, many of our youth instead of taking advantage of traditional and social media to educate, inform and entertain others, have rather resorted to heaping plain insults on others without reason.

I have seen young people insult Chiefs publicly - just name any chief in any traditional area in this republic, and I can tell you that such royalty of a persona has received his fair share of insults from the very people ( youth in particular) he rules over.

They have not spared business leaders, academics, political leaders, the clergy and so, and this sometimes has led many sane minds who still have their medulla oblongatas properly screwed on to its original place -who will more often wonder and question "where are we headed next? - where is our beloved country going to be in the not too distant future when these youth assume leadership positions when we journey to the next world - where will Ghana be?

For me, I believe we owe it to ourselves as youth of this country not to learn blindly, Western cultures that see insults as part of the new norm - let's not lend ourselves to such blind cultures because such are not part of us.