Oye Lithur, Was Your Marriage Contracted in Secret? 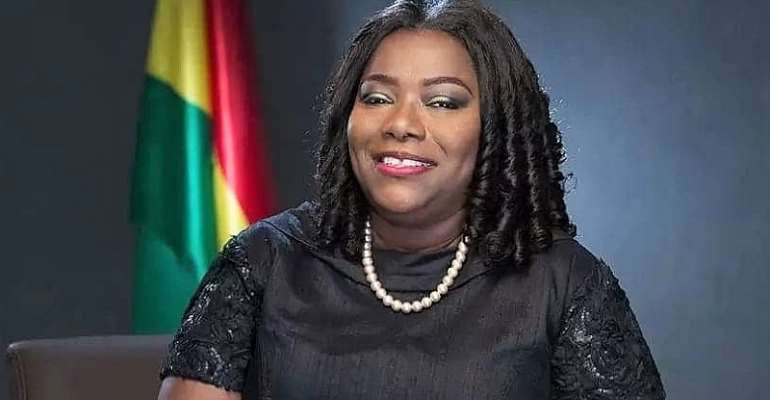 I read the news report in which former Gender, Children and Social Protection Minister Nana Oye Lithur allegedly claimed that she had wanted her split from her husband, Mr. Anthony “Tony” Lithur, to have been privately and amicably resolved under wraps or the lid, as it were, and found the same to be rather amusing (See “We Had Wanted to Keep Our Divorce Secret – Oye Lithur Confesses” 3News.com / Ghanaweb.com 12/31/19). I was amused for the simple reason that such desire, and I seriously doubt that it was really mutually agreed upon, though perfectly legitimate, sounded childish, for the equally simple reason that the marriage, like most Ghanaian and African conjugal ceremonies and rituals, was likely to have been very publicly contracted and celebrated. And if the couple wanted their proverbial parting of the ways to be a closely guarded secret, then it was highly likely because the Lithurs probably had something either embarrassing or sinister or a combination of the two to hide from either the general public or from wagging tongues and gloating political opponents and detractors.

It also reeks of the patently absurd for Mrs. Lithur to assert that “all the allegations about the cause of the divorce are false.” If so, then maybe the renowned gender and rights activist would be better off letting the rest of us, the general public, in on at least those aspects of the real cause or causes of the divorce that Mrs. Lithur feels comfortable about or with. It could very well have had quite a remarkable bit to do with her vaulting political ambitions and the increasing neglect of the couple’s relationship. You see, Dear Reader, it almost invariably has to do with some sort of personality conflict or differentiation and a sharp divergence of mutual interests. And such divergence of mutual interests could very well be that after two or three decades together, the couple no longer felt attracted to each other; or, perhaps it was due to a precipitous plummeting of conjugal bonding in such a way that even the almighty Viagara, Cialis or even Alafia Bitters could not mitigate or meliorate the gap.

We also know from reported leaks from the divorce papers that Mr. Lithur had allegedly accused his estranged wife of having flagrantly and immorally strayed from the bonds of their mutual fealty to hitch up, on occasion, with an old flame of hers resident in London or some such European city. If she agrees that some details of their divorce were imprudently or inadvisably leaked to the media, then, of course, it is almost quite certain that such leaks came from the couple’s legal and divorce papers. If the preceding observation has validity, then Mrs. Lithur could very well be lying, in a woefully belated bid to either reducing or controlling the damage that may already definitely have been done to her image and reputation. The former Gender Minister narrowly lost the National Democratic Congress’ Parliamentary Primary contest to the brother-in-law, we hear, of Vice-President Mahamudu Bawumia. Maybe Counsellor Lutterodt could be called in to the rescue. But I seriously doubt it.

You see, rather than obdurately play the peacock, Nana Oye Lithur would be better off addressing some of the specific details of the leaks by frankly and honestly agreeing to the inescapable proposition that, yes, something seriously went wrong within her relationship with her husband, or then husband, one of the renowned lead attorneys who represented then-Interim President John Dramani Mahama in the Akufo-Addo, Bawumia and Obetsebi-Lamptey-led 2012 Presidential-Election Petition. To be certain, it is precisely because both couples are very prominent and powerful in Ghanaian legal and political circles that made any attempt at keeping their conjugal separation and eventual divorce under wraps became simply extremely difficult and decidedly chimerical or impossible. Now, the problem that Nana Oye Lithur has in getting back into the fray or the political arena successfully in the offing depends primarily on her performance track-record as Gender, Children and Social Protection Minister under the tandem regimes of former Presidents John Evans Atta-Mills, late, and the now-Candidate John Dramani Mahama.

As well, the collective performance record of the National Democratic Congress itself has a significant impact on the public service profile of the former Mrs. Lithur. These are the features of her life or biography that the renowned rights lawyer-activist needs to worry about, and not the mere patently pedestrian fact that her marriage, like a countless number of others, landing on the rocks just when the rest of us thought she had everything perfectly sewn up and she was beginning to envisage herself to be a virtually unassailable major player on Ghana’s national political landscape and legal terrain.