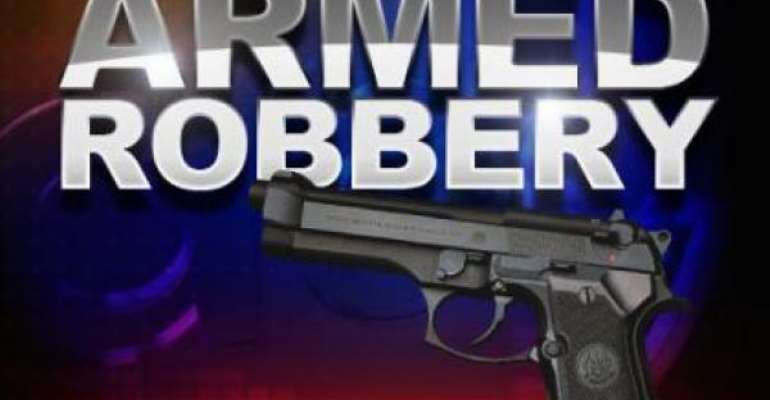 Generally, armed robbery around the country seems to have seen a sharp decline over the period across many parts of the country. But unfortunately, same cannot be said of the Central Region where in the last couple of months, the have been reports of some robbery attacks on commercial drivers and passengers who ply the Cape Coast - Accra highway.

Reports indicate that in most of the attacks, the robbers did not only rob their victims of their cash and other valuables, but they also killed some of them in addition.

This unfortunate development calls for more concerted efforts and collaborations in the areas of gathering intelligence, information sharing and management of same as well as operations aimed at clamping down on the activities of these criminal elements along the route.

To this extent, station, district, municipal, and divisional commanders along the Accra - Cape Coast road come up with workable time tested strategies capable of taking the fight to these criminal minds to not only defeat them, but to entirely eliminate their presence on that important stretch just so that commuters can go about their activities safely.

Amongst the many strategies available for the commanders along that stretch to choose from including preventive patrol, information/intelligence gathering and management, routine incident response, emergency or rapid response, swift criminal investigation and prosecution, enhanced Intel led operational and of course STING OPERATIONS which is my prime focus in this piece of writing.

I believe that I do not know more than any of the commanders responsible for the districts and divisions along the Accra - Cape Coast road, but then again, I believe firmly that I stand in proper position as a student of security and intelligence and a young officer of more than sixteen years unblemished service to this republic in both mainstream policing and at the National Security to contribute knowledge capable of ensuring peace and security for all citizens including residents and commuters along the Cape Coast Accra road.

In law enforcement, a sting operation is a deceptive operation designed to catch criminal minds in the act of committing a crime. This is usually achieved by having an undercover/plainclothes law enforcement officers, detectives, operational men or even members of the public play a role as criminal partners or potential victims and go along with a suspect's actions to gather evidence of the suspect's wrongdoing.

Just as it is with the ladies and gentlemen of the inky fraternity occasionally resorting to sting operations to record video and broadcast to expose corruption, the police service in particular and law enforcement generally also has such tactics they use occasionally to expose the criminal minds.

This sometimes involves plainclothes personnel embedding or mingling with either the general population or with the criminals themselves in public places and transport for purposes of picking relevant information and intelligence about activities of criminal minds.

It is suggested that commanders along the Accra - Cape Coast road and or any other part of the country where armed robbery has become a headache to consider deploying bait cars (also called a honey trap) loaded with heavily armed plainclothes personnel to patrol robbery prone areas as though they were regular travelers.

That way, they are most likely to chance upon or get stopped by these criminals on the road which could then make it easy for them to finish all of them up.

Again, these plainclothes syndicate traveling on the bait car can occasionally make stops at certain areas of the road that are prone to systematic robberies and feign problems with their car which they are waiting for mechanics to come and repair.

I believe that if this kind of operational strategy and other counterveilling measures are deployed on the Accra - Cape Coast road, many of these armed robbery incidents will be a thing of the past.