How long will Europeans and other Westerners keep insulting Africans in Restitution Matters? 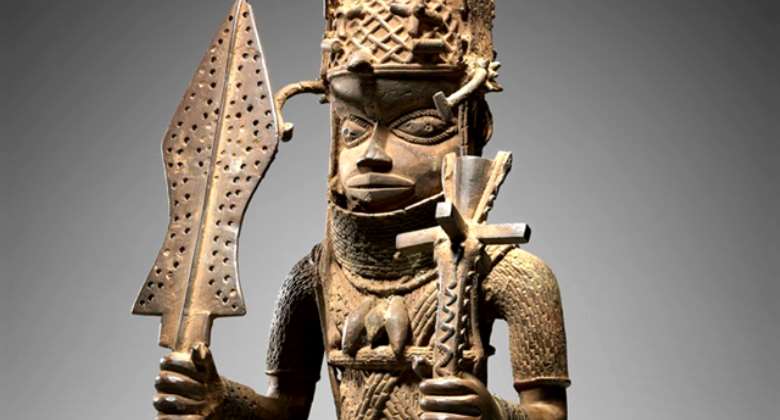 We reproduce below a press release from a Berlin based NGO alliance on the proposals of the Prussian Cultural Heritage Foundation to loan to Namibia artefacts looted by German colonialists.

We have often had the occasion to raise fundamental objections to the idea of loans of looted artefacts to African countries by the very European countries that stole them in the first place but this suggestion is almost becoming a habit: The Victoria and Albert Museum in London proposes to lend to Ethiopia the Ethiopian artefacts that were looted by the British army in Maqdala in 1886 after defeating and killing many Ethiopians, with the Emperor Tewodros II committing suicide with a gun sent to him by Queen Victoria; the British Museum and other European museums acting within the so-called Benin Dialogue Group are proposing to lend to Nigeria, Benin artefacts that the British stole in the notorious invasion of Benin in 1897 where they killed many Edo citizens and burnt Benin City, after collecting 3500 - 4000 Benin treasures that they auctioned in the same year of 1897 to other Europeans and Americans.

Instead of restituting the looted objects and seeking to establish new basis for cooperation with African countries, Europeans insult us by proposals that assume their right of ownership and makes us Africans borrowers of our own objects looted by the colonialists, often with violence and massacres. The Germans who have not yet officially apologized for the genocide of Herero and Nama and categorically ruled out to pay reparations, have the effrontery to make such proposals. Would the Germans accept loans of artefacts taken from them by the Soviet Union during World War II - though in this case Germany itself was the perpetrator?

But why do Africans even listen to such proposals? Why do they not tell the neo-imperialists to restitute the artefacts or keep them until they accept one day that killing a people with whom you do not share frontiers and whose only offence is their refusal to submit to foreign and racist domination, is wrong?

We call on African peoples and States to whom such demeaning proposals of loans of their own looted artefacts have been made, to reject them as a matter of dignity and principle. Other offers accompanying such proposals cannot make up for the loss of self-respect and dignity resulting from such shameful projects.

In this post-Ouagadougou period, after the Sarr-Savoy report, such proposals are anachronistic.

Returns instead of "loans": Prussian Cultural Heritage Foundation must give up ownership claim to colonial loot from Namibia

As part of a cooperation project, the Prussian Cultural Heritage Foundation (SPK) wants to lend 23 of 1400 museum objects from the former colony of "German South-West Africa" to Namibia. The institution announced this in its invitation to a press conference to be held on 18 September 2019.

The Berlin based NGO alliance "No Amnesty on Genocide!" welcomes the groundbreaking cooperation project of the Ethnological Museum in Berlin with the Museums Association of Namibia (MAN) as well as the planned cooperation with the National Museum and the University of Namibia. The opening of Berlin's museum archives and depots to the descendants of colonised people and the willingness to repatriate objects whose fair and lawful acquisition cannot be proven are undoubtedly important steps towards the reappraisal and reparation of historical injustice.

If, however, these 23 objects are returned to Namibia as "loans" of the SPK, then this represents a step in the wrong direction: the claim of ownership of the Federal German foundation is not given up but reaffirmed. The "lending" of cultural treasures that were brought to Berlin in the course of colonial rule is a paternalistic act of postcolonial presumption. With this pseudo-generosity, the dignity of the descendants of expropriated and partly almost exterminated communities is again violated.

What is needed instead is an official admission of colonial injustice, combined with a proactive and unconditional offer to restitute the objects. The willingness to restitution must not be limited to the selected artefacts. Rather, it must include all objects that were unlawfully transferred from what is now Namibia to the federal and state collections of Berlin during German colonial rule.

The Berlin based Ovaherero activist Israel Kaunatjike of the alliance "No Amnesty on Genocide" says: "We want recognition, an apology and reparations from Germany for colonialism and genocide. In addition to the overdue repatriation of all the human remains of our ancestors, restitution also includes the return of all the cultural treasures that have been taken from us. Perhaps we will then leave a certain number on loan to the Berlin Museum. But maybe we will not."

2023 Budget: Any bill that comes before parliament will go t...
17 minutes ago