Celebrating The Demise Of The Evil Python 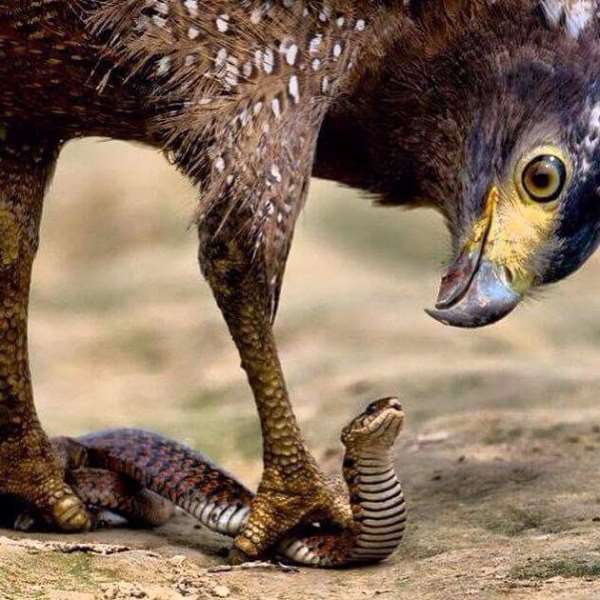 Servants assembled the best from the sacred land of the Goka Kingdom. Livestock owners donated the best of their sheep and goats, and bulls. Addition to that, the hunters, Bomofo Adu, the only hunter who boasts of killing Oweataa, is in the lead. The nocturnal hunters who in the cold night of the sacred forest of the kingdom shoot and bludgeon to death meek and wild animals alike brought Owansane, the deer, Akrante, the grasscutter, and Kokote, the bush pig or Boar.

Clothes that had been kept in their safe for heaven knows when, came out for the first time.

It was pomp and pageantry.
Dancers of old, Slim Buster and Soni Acheeba leading them, danced to the beats of the drummers who were obviously possessed by the spirit of drum.

What was the cause of such gargantuan celebrations? A maiden enquired from a lord who had been surrounded by all the beautiful princesses in the Kingdom to learn of his latest tales and philosophy.

Answering, the lord first praised the celebrants for making the day a memorable one. He mentioned in particular, Awura Ama who for the sake of that day's gathering had left behind her business deals in Jema to witness such commemorative day.

Why that day commemorative?
The lord, who narrates the story, is the one celebrated and honoured. He has just given a breathing space to the people of the Kingdom, letting them heave a big sigh of relief.

For one evening, after a toil in his day's work, after taking through his mentoring political prodigy some laws of power, he trekked to the sacred forest near the Asuo Goka. What ensued there, we'll return to, soon.

The political prodigy, is the beautiful daughter of Awura Ama, the rich merchant from Jema, and now lives and trade her merchandise in the Kingdom and it's satellite communities. The daughter of hers, Sarah her name; she he the lord mentored and decided to take a break from the hurly burley of man's companionship, to be in a lonely place, where he could meditate and dream big for the new Kingdom he's building.

On his way, just as he was about to get to his destination, near the Asuo Goka (River Goka), he was accosted by the evil Python.

Being a brave warrior as lords are known for, he didn't move an inch, but that did not prick the evil Python to run away or seek cover, to make true the words of the Oboade, the Almighty, which says: "beasts are created to fear mankind".

Remembering it was the evil Python that appears, and tales abound about it, that: fowls and human flesh are counted amongst its latest kills, he, the Lord, picked a truncheon. And without being scared by the spewing of spittle by the evil Python, and how ballooned the throat was, he struck this creeping devil of a reptile just once, and it coiled. The hitherto feared Python opened its mouth, and brought out the tongue to signal that: 'it's begging the lord to spare its life, and be blessed with a second chance to live and repent.

But no, the overflooding evils of the evil Python made it a hated enemy to the lord. It was given a whip of its life, ripping it of its skin, aggressively, than hungry and yawning eagles swoop on snakes they hate, for their ability to share the stealing of fowls' eggs with the preying birds.

And as if that was not enough, the lord called for a bonfire to be set.

It was before the burning to ashes of the evil Python that the earlier described pomp and pageantry was seen celebrated, and the Lord honoured with a princess as a consort.

The princess, Florence Nightingale her name. She was born in the Kingdom of Sunyani, raised in Bolga, and now works in the land of her birth as a scribe. She is a master of the Queen's language, English. And she anchors news in that language, on the Republic of Ghana's biggest broadcast corporation.

This day of the celebrations, the princess Nightingale was by the Lord's side, dressed as a cultured princess from a noble palace indeed.

Now, moving from the celebrations, let's turn our attention on the Lord, and leave for their discussion, the gossips of the Kingdom, whose interest is in every step the Lord takes.

As one who uses philosophy to make sense in all things that comes his way, the lord compared the killing and burning of the evil Python to uprooting ailments in the continent of Africa. And that, the new Kingdom he leads would confront poverty with all boldness as he did to the evil Python.

And that, without fear of the sayings and doings of the neocolonialists and their puppets, the bequeathed resources of Africa would be harnessed for the total good of Africans.

The demise of the evil Python of Africa would be celebrated soon.

The Evil Python needs not much description before hearers of the Lord's tale and the philosophy thence. To let it be known by the soldiers of the revolution, it's seen as follows.

We could call the Python, a he, a she, or "it".
For as is seen in what impedes Africa's progress, the high illiteracy rate, poverty, diseases, superstition, moral decadence, and exploitation; the killed Python is a perfect description of those.

They frighten and scare us when we make an attempt to defeat any.

In all, the last of the ills, exploitation, is the big Python that was killed in the Lord's tale. In our case, it still lives, and is a master over all ailments that kill us socioeconomically.

Rise with the revolution soldiers, join the devoted soldiers who dream big for Africa, as we crush the evil Python.