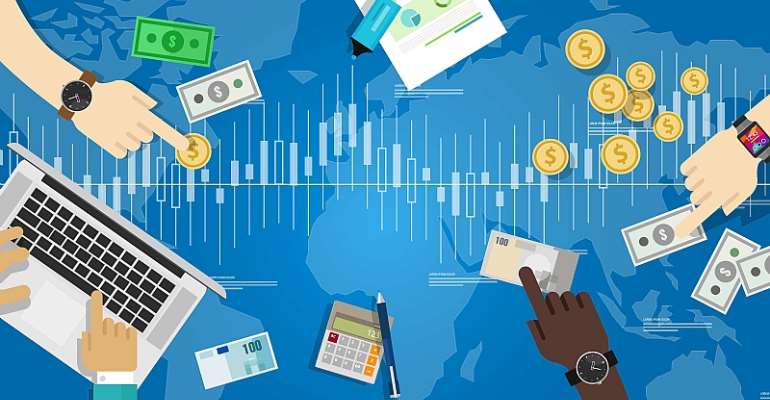 In February, 2014 Deloitte published a report that indicated that an extension of internet access in Africa, Latin America, South and East Asia to match the current level of internet access in developed countries has the propensity to generate additional GDP of $2.2 trillion. This will also lead to a 25% increase in the long term productivity; more than 140 million new jobs and 160 million people will be taken out of extreme poverty as personal income will increase to $600 per person a year – the health, literacy and mortality rate nexus shows that an extension of internet access in theses developing economies can save 2.5 million adults and 250,000 children. The life expectancy of 2.5 million HIV/AIDS patients can be increased as an extension of internet access will improve the monitoring and adherence to treatment of patients living in these countries. An enhanced internet access will also improve teaching and learning in these developing countries as an additional 640 million children will have access to education. Comparatively, on the African continent South Africa, Nigeria, Ghana, Kenya and Ivory Coast are the leaders of technological innovations.

South Africa’s economy is the second largest in Africa and also the most industrialized and diversified economy on the continent with a population of 57.73 million in 2018; an increase of 1.55% over the previous year as reported by Statistics South Africa, the national statistical service of South Africa. According to the World Bank, the country’s GDP in 2017 was $349.4 billion and $366.30 billion in 2018 representing 0.59% of the world economy. South Africa’s highest recorded GDP was $416.42 billion in 2011 but this value has declined in recent times.

Accenture’s Digital Collaboration Index in 2016, indicates that digital collaboration can deliver an uplift of $1.5 trillion to global economic outputs and in the case of South Africa, the economy could gain an additional $12 billion, representing a possible GDP growth of 3.1%. As the only African country with membership status in the G20, it is not surprising that the country’s banking sector is well-developed and to some extent shares similarities with the United Kingdom’s banking system. On the list of top 100 banks in Africa, South African Banks occupy the first six positions with the four largest banks in South Africa: ABSA(Amalgamated Bank of South Africa), Nedbank, FirstRand Bank and Standard Bank of South Africa accounting for about 85% of banking services in the country.

In the report of PricewaterhouseCoopers (PwC) ‘‘A market place without boundaries - The future of banking, a South African perspective’’ that was published in 2017. The report highlighted the emergence of the digital solutions with lower cost models launched by adjacent financial players and the ongoing transformation of the four largest universal banks to address the changing customer, technology and regulatory requirements. The use of cell phones in payment transactions has largely replaced wallets as the banks, retailers, card operators and telecommunication companies have provided alternatives to cash as a means of payment.

The limited access to internet and the rapid cell phone penetration has made M-Commerce attractive in South Africa – internet user penetration is 47% and expected to reach 60% by 2021 whiles mobile penetration is 65% and continues to grow.

Social media marketing is a prevalent medium of marketing in South Africa, as more than 90% of major business entities advertise on social media platforms. According to the U.S Department of Commerce, most South Africans prefer buying from South African websites even though 14% of the population buy from Europe and 27% buy from the United States, specifically the U.S version of Amazon.com with the aforementioned being the third most visited e-commerce website in the country. Consumers use e-wallet services, credit cards and debit cards to make online payments. This prompted the Payment Association of South Africa to mandate the use of 3D secure, a security layer for online payment transactions with the ultimate goal of mitigating credit card fraud in 2014.

With a GDP of $375.8 billion and a population of 190.9 million in 2017, Nigeria is the most populous country and also the largest economy in Africa. The economy of Nigeria is gradually becoming cashless as digital payments and electronic banking which was introduced as a pilot program in Lagos in 2012 and in phases in most of the States of the Federation, now has presence in most parts of Nigeria. The country’s cashless policy has resulted in an increase in the demand for ATM services in commercial centres across major cities and this growing demand for electronic payments has attracted payment facilitators from Asia and Europe who are investing in electronic infrastructure projects in Nigeria.

Currently MasterCard, Visa and other payment service providers are operating in Nigeria’s growing market. Concurrently Nigerian travellers use debit cards from local banks to make payment in the United States, United Kingdom and other parts of the world whiles resident Nigerians alternatively have access to online wallet services like PayPal.

Services from Jumia, a notable online retailer has facilitated e-commerce in Nigeria as the company that began operation in 2012 in Lagos and extended its initial operation to Egypt, Morocco, Kenya, South Africa and Ivory Coast has now partnered more than 81,000 local African business entities and operates in 14 African countries. As published by the U.S Department of Commerce, the venture funded company that is listed on the New York Stock Exchange reached a billion dollar valuation and a reported revenue of $149.6 million in 2018. Konga, Jumia’s competitor recorded over 155,000 orders which were valued at ₦3.5 billion during Yakata, the company’s version of black Friday in a single month.

As published by the U.S Department of Commerce, Nigeria is ranked the 7th most active user of social media in the world – in 2018, about 11.2% of the country’s population, representing 22.4 million were active Facebook users each month.

Even though YouTube is widely accessed in Nigeria, it was Twitter and Pinterest that ranked 3rd and 4th representing 8.35% and 7.08% respectively. The popularity of social media in Nigeria continues to increase with continuous mobile penetration and as cost of data decreases.

The fast growing youth population, an increased Smartphone usage and the increasing consumer power in the country has resulted in the continuous growth in the demand for electronic commerce and financial technology in Nigeria. According to McKinsey Global Institute, the electronic commerce spending in Nigeria is about $12 billion and is projected to reach $75 billion in revenues per annum by 2025.

In May, 2019, Kenya launched the blueprint of the country’s digital economy – the East African country is one of the few countries on the African continent that has invested heavily in digital infrastructure. The blueprint for the digital economy of Kenya is to serve as a guide in enhancing the role played by information technology in digital business processes, digital governance solutions, innovative-driven entrepreneurship and the promotion of digital skills. With a GDP of $74.94 billion and a population of 49.7 million in 2017, 82% of the inhabitants of Kenya have a bank account, the highest in Sub-Saharan Africa according to the World Bank. In the United States, the largest economy in the world, about 6.5% of Americans do not have a bank account, the lowest ever recorded as at 2017, while 18.7% representing 48.9 million adults in 24.2 million households have bank accounts but use check cashing or payable loans – over 60 million adults in the United States are unbanked according to a report published by the Federal Deposit Insurance Corporation in 2017.

The World Bank data in 2018, shows that 73% of the population of Kenya adopts mobile money as a medium of payment. M-Pesa, a mobile phone based money transfer service that was launched in 2007 by Vodafone for Safaricom and Vodacom is a mobile wallet system that allows users to make payment in any business transaction at little or no cost.

M-Pesa generates 28% of Safaricom’s service revenue and also accounts for 70% of all electronic transactions in Kenya according to a research published by Bain and Company in 2019. The internet connection speed in Kenya surpassed the global average in 2017 and the country’s mobile internet speed is ranked the highest in Sub-Saharan Africa and even in the Middle East according to the United Nations. As at June, 2017, 84% of the population of Kenya were internet users according to the Communications Authority of Kenya – Even in the United States, the Federal Communications Commission estimated in 2018 that 30% of the rural population in the U.S lack access to broadband and about 15 million Americans will continue to lack broadband internet and basic financial services if appropriate actions are not taken by mobile operators and the U.S Government.

The two West-African countries, Ivory Coast and Ghana have both have seen substantial growth in their digital economies. With Ghana being cited by the World Bank as the fastest growing mobile money market in Africa in 2019, the report further indicates that the country can attain universal financial access status across regions and key demographics through innovative technology. Ivory Coast, the largest economy in the West African Economic and Monetary Union has a digital sector that accounts for 8% of the country’s GDP according to data provided by the government as published by the Oxford Business Group. A report from the ICT Regulation Authority of Côte d’Ivoire shows that the country reached more than 7.6 million connections in 2016 and targets 90% of the population to have internet access with 50% of the population also having access to high speed broadband connection by 2020. Ivory Coast had a population of 24.29 million and a GDP of 40.39 billion in 2017 according to the World Bank.

The International Federation of the Phonographic Industry (IFPI)’s Global Music Report in 2019 , indicates that music streaming now accounts for an estimated 47% of the global music revenue - for an industry that was worth about $19.1 billion globally in 2018, the digital music market which became active in Africa in 2010 with the introduction of Iroking in Nigeria and Simfy in South Africa have served consumers in Africa with tons of local music on digital platforms but the African music market has remained largely untapped and this is mainly because the market is unstructured. On the other hand Netflix, the global streaming giant has began investing in Nigeria’s Nollywood, the second largest movie industry in the world by volume – Nollywood produced 1,844 movies in 2013 and the movie industry is worth $3.3 billion according to data released by the Nigerian Government.

It is possible for the African continent to achieve a single digital market considering the pivotal role the African Continental Free Trade Area (AfCFTA) could play in making this a reality as the trade agreement integrates a market size of $2.5 trillion. Mobile phone subscription has increased from 87 million in 2005 to 760 million in 2017, growing at 20% annually, with the average network coverage of 70%. The value of Africa’s mobile money industry is projected to reach $14 billion by 2020. This is the market with the most potential and also the fastest growing market in the world as published by the African Development Bank Group.