The Church of Pentecost Inaugurates New Church Building in Bogoso 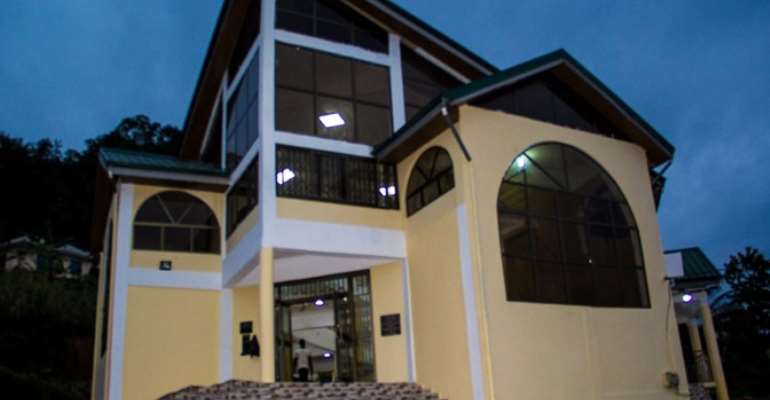 The Bogoso Area Head of the Church of Pentecost, has commissioned an ultra-modern church facility in Bogoso in the Prestea Huni-Valley Municipality.

Delivering the sermon to the already joyful members and guests present, on the theme "God Rewards A Worthy Ambition" taken from 2 Samuel 7:1-7, Prophet Ebenezer Kofi Appiah made reference to David and how he was in love with God and as a results of that made him do many things to express gratitude to Him.

On his part, the Divisional Chief for Bogoso, Nana Kwasi Sompreh congratulated past and present leaders and members of the church for their enormous contribution towards the construction of the magnificent edifice.

He urged the youth to work very hard for God so that when they are old, God will remember their good deeds and bless them.

On a short history of the church, the Presiding Elder Samuel Kumi Manu noted that English Assembly was established in September 1999.

The reason was due to the fact that the presence of multinational companies had workers of different cultures residing in Bogoso and could not cope with the Twi Language. The Idea was welcomed by the then District Presbytery.

The English Assembly was formally inaugurated on 10th February 2002 and started fellowshipping in the then Star Preparatory School. The church later relocated to a temporary structure.

Mr. Kumi Manu said, whiles the members worshiped in the structure, it became necessary to put up a permanent building.

The sod cutting was done by the then Area Head Apostle Dr. M. M. Kopah. At that time, Pastor Daniel Debrah Mireku was the District Pastor and Elder Steve Ofori was the Presiding Elder.

The dedication on Sunday August 4, 2019 brought together other men of God from various churches and heads of corporate organisation.

The thousand sitting capacity with ancillary facility was built at a cost of Ghc600,000.