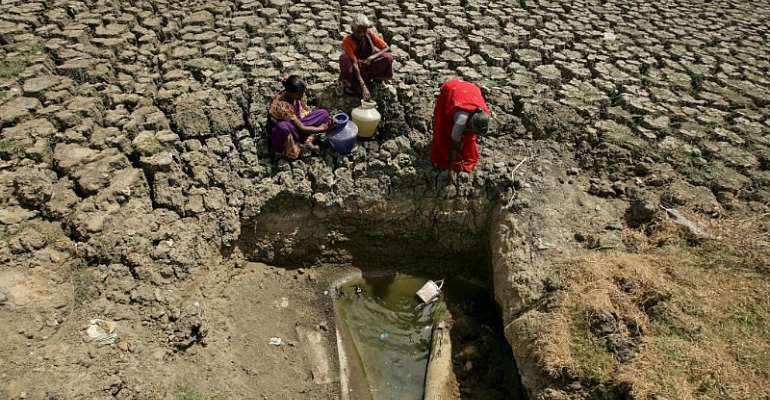 A quarter of humanity faces an immediate risk of water scarcity sharply increased by global warming, a report by the US-based World Resources Institute (WRI) is warning.

That term was first used by authorities in South Africa last year, when Cape Town came dangerously low to running out of water, which would have forced residents to queue for daily rations.

Water stress explained
So what exactly do we mean when we talks about water stress? The most common measure is the Falkenmark index, says Dr Simon Langan, a specialist with the International Water Management Institute – a research NGO based in Sri Lanka.

When water supply drops below 1,000 cubic meters per person, people face scarcity. “Absolute scarcity is when people have access to less than 500 cubic metres of water per year,” Langan says.

This new data warns us that almost 25 percent of the world's population is using up most of its water resources every year, which means that even a small drought, made more likely by climate change, could have dangerous consequences.

Countries with the worst shortages are Qatar, Israel and Lebanon, while the water-stressed regions are Gaborone and Jwaneng in Botswana and Badghis in Afghanistan. Overall, the most affected places on earth are the Middle East and North Africa.

While 1.8 billion people today are at immediate risk of water scarcity, fast-forward a decade and an estimated 470 million people will be in danger of thirst and dehydration, WRI figures show. By 2030, some 45 cities around the world will be experiencing acute water crisis.

Solutions lie in agriculture
Water use has been growing at more than twice the rate of population increase in the last century. While the news headlines are often preoccupied with drinking water, Langan says societies should be focusing their efforts on sustainably producing enough food to feed the world's booming population.

“Water is perverse across all sectors of society and we really need to manage it and value it far more than we have done up until now.”