As Terror Knocks On Our Doors, What We Should Look Out For In Our Young Adults And Children In Our Communities 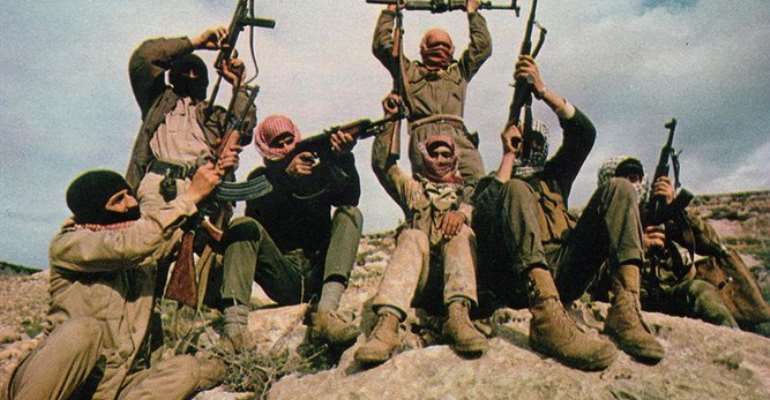 Terrorists exploit vulnerable groups and use them to their advantage to achieve their goals. Our children and young people fall within these vulnerable groups that can be exploited to our disadvantage and used against us. What are we doing about our young people in the wake of reports of existential threats of terror and how do we know they are being targeted for exploitation?

Many of the recent reports of how close armageddon -terror - terrorist activities - radicalisation - extremist groups and plus their activities - bombings we hear on the radio and watch on the television happening in other parts of the world at least, per what we have seen and heard, is more existential than ever. It is closer than ever thought by any Analyst a few years ago.

Our neighbours - Burkina Faso, Ivory Coast, and safe the Atlantic Ocean and Togo, have all had a taste of how terror attacks looks like. They have seen in real life -not on television, or over the radio, how terrorism is all about.

Perhaps we can assume right now that it got to them easily and so quickly because they took things for granted and did not plan adequately for it. This kind of thinking makes a fair argument but unfortunately it may not represent the whole gamut of the reasons why they got attacked -at least - from the academic point of view.

The terrorists groups as we know them, are very sophisticated, complicated and very knowledgeable in the area of security, diplomacy, intelligence and international relations. They know who to strike at any point in time to send a political statement across regions of the world to show that they don't like certain posturings of the country they have chosen to attack just so that their allies will know that they are serious about their actions or intentions. This they would usually do to scare nations that take a certain position against them and to make the point that they are strong on the ground.

Thank God that internationally, Ghanaian has not made statements politically or taken decisions that can be said to be injurious to any other country, country or group of people. We continue to maintain our dzewu fie asem international relations policy ala nonaligned ideology where we don't side with any nation against the other but always try to tow the middle line.

But nonetheless, let's not take that for granted and assume that terror attacks will continue to be heard far from us in other countries and not on our soil even when they get so close and especially so when the new breed of terror groups are radicalised along a certain line where they see other religions apart from that which they believe in and try to force them to tow their line.

These new breed of terror agents, infiltrate nations they intend to set base on through various clever ways by beginning to radicalise young people to carry out their nefarious activities in the country sometimes without they themselves haven to physically be present.

The following ways are which we should concentrate our efforts and energies on to ensure that these terror groups out there don't sit far away and grow homegrown radicals capable of wrecking havoc in the country sometime to come.

How does our young people and children get radicalised?

There is no single route to radicalisation in children and young adults. However, there are some behavioural traits that could indicate that your child or young adult has been exposed to radicalising influences.

Radicalisation in young adults and children can happen over a long period of time. In some cases it is triggered by a specific incident or news item and can happen much quicker. Sometimes there are clear warning signs of radicalisation, in other cases the changes are less obvious.

The teenage years are a time of great change and young people often want to be on their own, easily become angry and often mistrust authority.

This makes it hard to differentiate between normal teenage behaviour and attitude that indicates your child may have been exposed to radicalising influences.

The following behaviours listed here are intended as a guide the country and parents alike to help us identify possible radicalisation of the youth and young children.

Outward appearance of your child or young person begin to become suspect. It is either that he or she puts out some awful behaviour or begin see others as not conforming to a certain laid down religious doctrine by way of dressing, eating, talking or even walking in most cases.

Becoming increasingly argumentative. That is, argues about religion passionately as though there is no tomorrow.

Refusing to listen to different points of view when arguing on the lines of religion.

Unwilling to engage with children or other young people who are of different religious backgrounds.

Embracing conspiracy theories biased on what he has heard from other people especially extremist groups he or she sees as mentors. Shouting praises for such people even when they are killed for the wrong reasons.

Changing friends and appearance; that is, all of the sudden, his way of dressing as well as friends changes to people ways that can be said to be conservative in nature.

Distancing themselves from old friends. Old friends he sees as not practicing or believing in what he believes in or perhaps are not doing it the right way and so he needs to drop them and make new ones.

No longer doing things they used to enjoy. He or she all of the sudden stops to sing, dance, enjoy music, go out with friends etcetera by assigning reasons which include that all such things will send them to hell

Converting to a new religion. Mostly, people who embrace radicalisation quickly are converts. They appear to be in the majority because usually when they accept the new religion, they tend to believe everything they are told including the ones that say they should die in order to make it to heaven.

Being secretive and reluctant to discuss their whereabouts. When young people radicalise they assume a certain status that is usually passed to them by their masters that they are a special breed of people who don't need to open up everything about themselves to the rest of the world. They're actually told to see the world as full of evil that deserves to be cleaned before it can get perfect.

Sympathetic to extremist ideologies and groups. As I indicated earlier on, young people who are on their way to be radicalised, share in the honor of their masters who carry out successful attacks and are talked about in the media. In the same vein, they express sorrow and grief anytime they hear news terrorists being killed.

Our young people, like many matured adults, also share in the cyber space to search for information, make new friends, buy and sell, advertise, look for new dates, or even in some instances engage in cyber fraud to make a living.

Unfortunately, this same cyber space that we and our young people go to enjoy ourselves and to do all manner of things, is also inhabited by people who can be best described as dangerous people.

They are dangerous people because they are representatives of terror groups who surf the internet on daily basis to recruit vulnerable young people to teach them their ideologies and to radicalise them and use them to wreck havoc on others and or their interests across the world.

Because the cyber space is not inhabited by only us and our young people and especially so when it is extremely difficult to monitor what our young people do in that space, there is the need to look out for these basic things to help us quickly notice and report to law enforcement for immediate action the following as and when we see them rearing their ugly heads amongst our young people. They include but not limited to;

Changing online identity. The more we observe that certain individuals especially on social media who are friends with our young people keep changing and coming under different names, pictures and so on whilst constantly engaging with them, the quicker our response should be.

These individuals would usually keep strictly to the same conversation line with our young people, but keep changing their identity by way of names and pictures.

Having more than one online identity is a strategy they use to beat parents and guardians so that they don't easily find out. This strategy is handed down to our young people once these terror online recruiters succeed in gaining their trust and winning them to their side. So once you begin to see that your child or young person you know cannot keep one online identity for some time, then you should begin to question him his modus.

When you begin to see that your child or young person you know is spending a lot of time online or on the phone when in the past he or she hardly did that, then it should trigger your senses that he or she may have found someone who is giving him or her all the attention and perhaps funding because spending time on social media for longer periods becomes with a certain amount of financial burden.

When your child or young person begin to talk more and more about radical or extremists elements then you should know that he has started accessing online content about them and may likely be at an advanced stage of communication with them.

In many cases, these young people will keep secrets as much as possible because they are told to do so by their masters, but they are likely to share the idea of joining or trying to join an extremist organisation with one or two of their friends to try and see if they can go along with them. So it is important that as parents, you keep an open communication line between you and your children's friends so that anytime they share such ideas with them, they will feel free to let you know quickly without hesitation so that you can take the necessary steps.

You know your child better than anyone, so trust your instincts if something feels wrong. You are in the best position to notice if they’re acting out of character. Don't wait until something happens then you will begin to fire fight by which time it would have been too late.