Get a Job, Young Man! 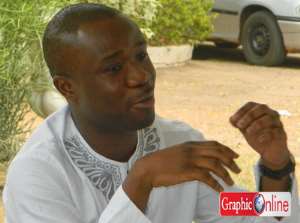 As Deputy Communications Minister, Mr. Felix Ofosu-Kwakye, together with his boss, Dr. Edward Omane-Boamah, the infamous Supreme Court scofflaw, effectively ran down the Ministry by bankrupting the revenue-collection department of the Communications Ministry. The result was that once the electoral mandate of Ghanaian voters had been ceded the Akufo-Addo-led government of the New Patriotic Party (NPP), the latter would soon discover to their utter horror that tens of private radio and television stations had been allowed to operate without paying taxes for nearly a decade. In the end, a remarkable percentage of these broadcast and electronic media organizations that could not bring up their tax payments up-to-date had to be effectively shuttered or closed down, obviously resulting in the unemployment of hundreds of otherwise hardworking media operatives. The irony here is that the real culprits, Messrs. Ofosu-Kwakye and Omane-Boamah, never once missed a single paycheck.

With such abjectly lackluster on-the-job performance, one begins to wonder whether the former Deputy Communications Minister has what it takes, in terms of moral and professional credibility and mental competence, to tell Ghanaians that, indeed, his democratically deposed former boss, to wit, Mr. John Dramani Mahama, has the requisite competence, visionary zeal and adequate talent to think of being afforded a second shot at the most powerful and sensitive job of the land (See “Mahama Is Still Visionary Enough to Govern the Country – Ofosu-Kwakye” Modernghana.com 4/19/19). Now, this is very fascinating because even his very choices of such gross ministerial misfits as Messrs. Omane-Boamah and Ofosu-Kwakye, for just a couple of examples, makes it unmistakably clear that the former President scandalously lacks the sort of political vision that Mr. Ofosu-Kwakye is talking about or has in mind.

At any rate, somebody needs to tell the currently apparently unemployed career politician that it takes much more than mere “vision” and acute megalomania to lead a globally renowned, respected and major diplomatic player like Ghana. I also don’t know that making the distribution of sanitary pads, condoms and one-size-fits-all cheap uniforms and sandals to our junior and senior high school pupils, as the cornerstone of one’s education policy initiative, is a veritable act of visionary leadership or simply the embarrassing hallmark of a prematurely spent former leader who no longer has anything either meaningful or constructive to help move Ghana into the heart of the twenty-first century and beyond.

Interestingly, albeit predictably, Mr. Ofosu-Kwakye, who intends to shortly secure himself a more relatively stable political career by gunning for the Abora-Asebu-Kwamankese Parliamentary Seat, in the Central Region – this pretty much reminds me of the Idiot-of-Irmo, South Carolina, who secured only a couple of votes – does not shore up his argument that President Addo Dankwa Akufo-Addo has brought unprecedented economic hardships to bear on the overwhelming majority of the Ghanaian people. You see, it would have been more intelligent and meaningful, if the former Deputy Communications Minister had also provided statistical figures and a concrete and dispassionate examination of the current economic situation in the country to back up his argument. It is quite clear that Mr. Ofosu-Kwakye is a stark-naked man pretending to be dressed in a three-piece Armani-made suit.

I was also not the least bit amused to hear the ardent and vitriolic Akufo-Addo critic fatuously claim that, four-and-half years of “Dumsor” and all, it was the New Patriotic Party’s use of “aggressive tactics and the [brazen] peddling of falsehood about the NDC which led to [the latter’s] loss of the 2016 general elections.” It amazes me in no small measure how much little respect key NDC operatives like Mr. Ofosu-Kwakye have for the wisdom, common sense and intelligence of the Ghanaian voter. Has this jobless critic forgotten that electioneering campaign moment, when then-Candidate Mahama toured some remote villages in the erstwhile Northern Region telling lowly educated and complete illiterate citizens that the 1992 Constitution stipulated that every President was required/authorized to rule for two terms or eight years, and that it was presently his turn. To back up his assertion, this congenital liar sophistically cited the examples of former Presidents Rawlings and Agyekum-Kufuor. Now, this is the classical hallmark of an “authentic” liar.

You see, the fact of the matter is that the Mahama-led National Democratic Congress’ regime massively lost Election 2016 because above all its abjectly poor performance, President Mahama scandalously attempted to rob Ghanaian citizens of their free-speech rights by arrogantly intimidating us into appreciating the fact that an incumbent President John Dramani Mahama was civically superior to the rest of us ordinary “nobody” citizens. It also beats my imagination what kind of “falsehood” the NPP operatives could have possibly peddled to a highly savvy Ghanaian electorate as to make the latter immediately junk all the purportedly massive development achievements of the Mahama regime in order to so facilely throw their luck or fate behind the unproven promises or outright lies of an opposition party whose leadership had yet to prove themselves on the ground.

It goes without saying that contrary to what the former Deputy Communications Minister would have Ghanaians and the rest of the world believe, were the 2020 general elections held today, Candidate Mahama, if he was very lucky, would barely clinch half of the votes that he won in the 2016 Presidential Election. The factual reality is that no Fourth-Republican leader in the middle of his first term in office was historically ever as popular, respected and admired as President Addo Dankwa Akufo-Addo. Which is absolutely in no way to imply that there is still not much work or significant projects to be undertaken and/or accomplished, for there surely is quite a bit more work left to be done to put the country well beyond the threshold of IMF/World Bank receivership.

The author has 5001 publications published on Modern Ghana.