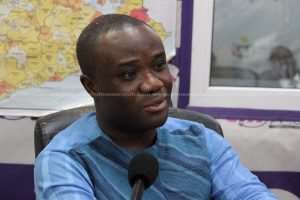 Critics have said severally that the former President Mahama busily going around begging and asking for a second chance won't wash because he has shown that he has nothing left in him to offer Ghanaians but former Deputy Minister of Communication under the erstwhile National Democratic Congress (NDC) government, Felix Ofosu Kwakye says John Mahama is still visionary enough to govern the country and manage the economy.

Mr. Kwakye told the host of Eyewitness News, Umaru Sanda Amadu that a deep exercise and reflection reveals that a selfless John Mahama is ready with more ideas to redeem Ghanaians from the hardship brought on by the Nana Akufo-Addo government.

He accused the New Patriotic Party (NPP) of using aggressive tactics and peddle falsehood about the NDC which led to its loss in the 2016 general elections.

“The fact is that, President Mahama still has a lot to offer this country. And it was obvious that we were on the right path except that somehow NPP was able to sweep to power with the help of some populist fervour which at the time was a bit difficult to push back on because of certain factors that prevailed. But with passage of time, it has become clear that [former] President Mahama had a consistent vision that he needed to finish but which was unfortunately truncated for the reasons that I have indicated.”

Mr. Kwakye Ofosu also said John Dramani Mahama will snatch power from the NPP should elections be held in the country now.

According to him, Mahama will achieve such feat because the Akufo-Addo government which promised Ghanaians everything under the sun to win political power has failed to deliver on its promises.

Felix Ofosu Kwakye has however hinted of plans to contest the Abora Asebu Kwamankese constituency seat in Central Region.