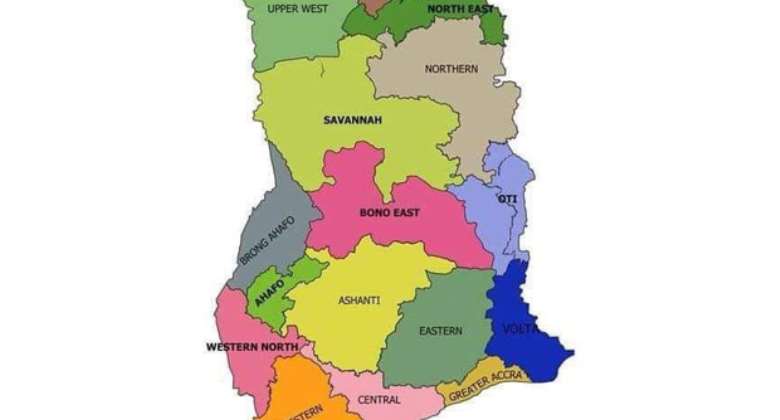 The number of administrative regions in Ghana has finally increased from 10 to 16 following the successful presentations of the Constitutional Instruments (C I) on the creation of the six new regions. The new regions are Oti, Western North, North East, Ahafo, Savannah and Bono East Regions.

The chiefs and people from the Oti Region, for instance, started demanding the creation of the region as far back as 1954, with the head of Western North delegation to the Jubilee House, President of the Western Regional House of Chiefs, Ogyeahohoo Yaw Gyebi II, lamenting that successive governments since the 1950s paid what he termed as lip-service to the creation of the Western North Region.

Western North was carved from Western Region, Oti from Volta, Bono East and Ahafo from Brong Ahafo, and Savannah and North East from Northern Region.

President Akufo-Addo presented the Constitutional Instruments to the chiefs from the regions, beginning from Tuesday, February 12, 2019, at the Jubilee House and ended on Friday , February 15, with the Oti Region.

The oresident reiterated his government's pledge to invest in the development of the regions, saying GH¢20 million each has been set aside as seed fund for the six regions.

He assured the chiefs and people of the regions that developmental projects would be spread equitably and that governance would now be brought more closer to the people.