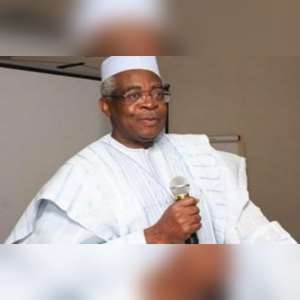 Retired Lt. Gen. Theophilous Danjuma yesterday asked the people of Middle-Belt, South-West, South-South & South-East to forget all about 2019 Elections but to first fight back the Fulani murderous invaders and reclaim their lands which are now under Fulani occupation.

General Danjuma stated unambiguously that President Buhari is the direct founder and sponsor of Miyetti Allah and had concluded plans to provide safe heavens for all West African Fulanis in the entire SOUTH and the MIDDLE BELT. He made it clear that War had already been declared, going by the spate of relentless killings here and there, lamenting that helpless victims are predominantly Christians.

The retired General warned that Buhari has used Tinubu to divide South-West and that plans are underway to overrun Yoruba Kingdom and make them subordinate to Hausa-Fulani Oligarchy.

He equally lamented that from secrets file obtained, the conquest of Yoruba would commence as soon as they are through with Middle-Belt reqions. And that soonest they take hostage of Yoruba, their brothers from Sudan, Guinea, and other West African descent would combine to fight South-East and South-South.

Danjuma regretted that while the rest of Middle Belt and South are under invasion led by Army Chief of Staff, Lt. Gen. Buratai, our politicians are playing to the gallery, giving Buhari all necessary supports.

Danjuma opined that at present the Presidency has been taken over by Miyetti Allah and has vowed to retain Buhari in power even if it means shedding the blood of any opposition. Stating that should the people fail to rise now and put an end to this, either you are a moslem after 2019 or in Exile.

War has been going on in Taraba and parts of Jigawa States and hundreds are killed daily. In Kaduna few days agpuo more that 220 persons were killed by foreign mercinaries imported by Buhari’s Fulanis.

Information has it that Imo State shall be the hotbed because of its centralised location and once it is captured, the entire SE/SS is gone. And that Imo governorship election shall be used to ignite the Holocaust.

Tema: Churches Refuse To Open On Sunday
3 hours ago