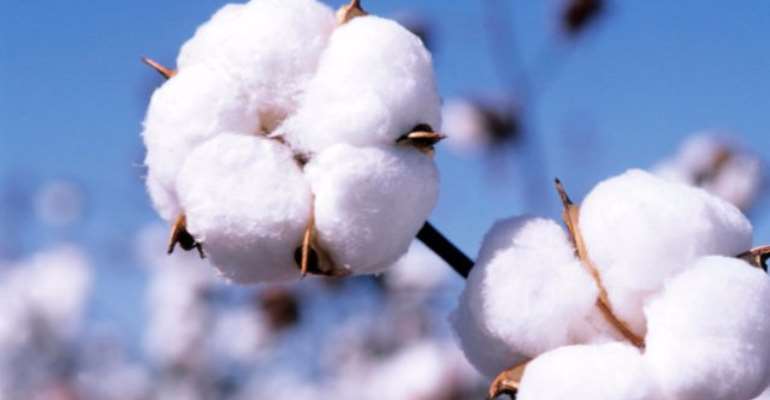 Agric firm Monsanto is assuring problems that have emerged with Genetically Modified Organisms (GMO) cotton seeds in Burkina Faso leading to its withdrawal will not be repeated in other parts of Africa.

The Council for Scientific and Industrial Research (CSIR) in 2016 suspended field trials of GMO cotton following a decision by Monsanto to close down its office in Burkina Faso which was providing support for the work in Ghana.

The closure was necessitated by Burkina Faso’s decision to phase out of the production of GMO cotton over concerns about poor quality of fibre from the novel variety.

The GMO cultivar (Bt cotton) introduced in Burkina Faso in 2008 had been engineered with genes from a soil bacteria, giving it an inherent ability to resist attacks by the bollworm pests which has the potential to destroy up to 90 percent of yield on cotton farms.

The new cultivar helped control pests on cotton farms, reducing the use of pesticides by up to 70 percent.

But challenges with the shorter fiber length of the cultivar caused authorities in that country to pull breaks on the continuous planting of the variety in 2015, much to the displeasure of farmers there.

A researcher at the Savannah Agric Research Institute (SARI) of the CSIR and Principal Investigator on the GMO cotton project in Ghana Dr Emmanuel Chamba says they are looking for a fresh source of funds to resume the Bt cotton project in the country.

Nigeria and Malawi are also working on introducing GMO cotton cultivars in both countries.

Edwin Baffuor of civil society group Food Sovereignty Ghana believes the Burkina Faso situation is a lesson for Ghana not to adopt the technology.

“The Burkina case shows clearly that some of the expected outcomes as promised the farmers won’t be realized. And this is part of the red flag that we have been raising for a while now. And it can’t be closer to home than this. The outcomes of GMOs are unknown in the long term,” he told Joy News in an interview.

But Monsanto says the right lessons have been learnt and this will inform how future projects are rolled out to avoid similar difficulties.

Jonathan Jenkinson who is Asia and Africa Breeding Lead at Monsanto says the problem was because Burkinabe scientists did not have a continuous running programme to improve upon the cultivar, allowing undesired traits to re-emerge.

“What happened is that Burkina had a biotech crop approved. They did not have an ongoing breeding programme to improve upon the variety.

"So what was happening was, the trait was there and it was providing all the necessary benefits but the varieties that were being released were not new and improved ones every year,” Jonathan Jenkinson explained to Joy News.

Asked what will be different in the other countries, Jonathan Jenkinson said the right conditions are in place to ensure the biotech cultivars are continually improved upon so undesired traits don’t emerge in future.

“Part of the work in Nigeria and Malawi is that they have ongoing breeding programmes. So the lesson is a very simple one. It is that in order for a biotech crop to have an impact on the market, it has to be side by side with an ongoing improvement programme,” he said.

Throwing more light on the issue, Vice President and Chief Technology Officer of Monsanto Dr Robert Fraley said, “the biotech traits work well but the cotton has to be continually bred for quality and yield and all the agronomic properties. It needs an ongoing commitment to both develop the technology, develop the breeding and provide the best system for farmers.”