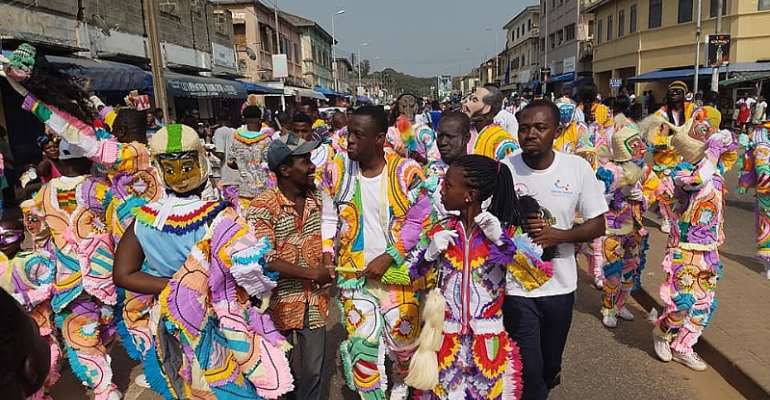 Christmas celebration in the twin city of Sekondi-Takoradi is never complete without the display by colourful masquerades parading the streets with brass band music, and dancing to the admiration of the general public.

The age-hold tradition is largely embraced by many inhabitants who look forward to it every year, in an event dubbed Westside Carnival, often organised by Takoradi-based Skyypower FM for about three days or more.

This year’s event kicked off on Boxing Day, December 26. 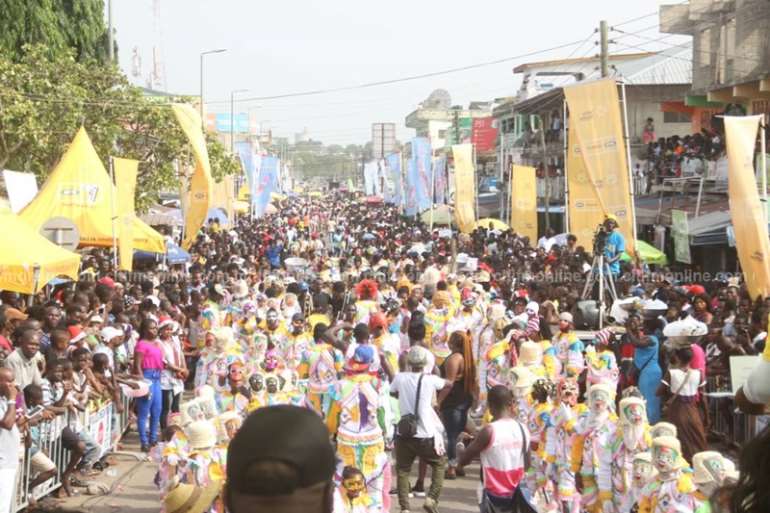 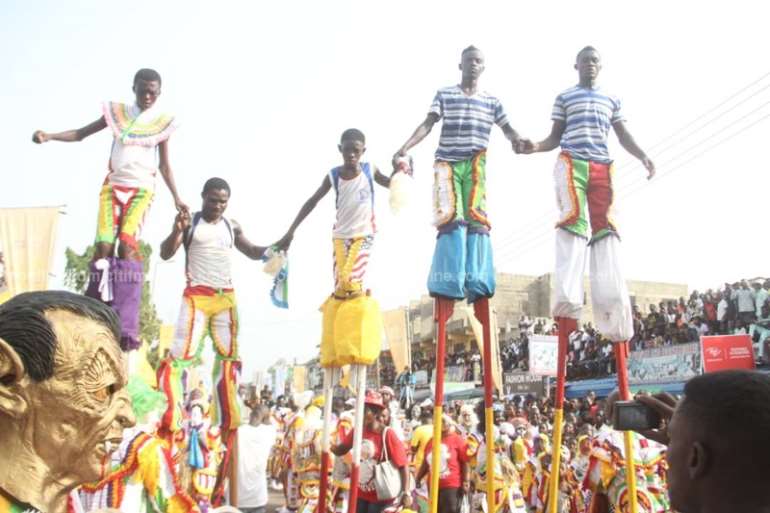 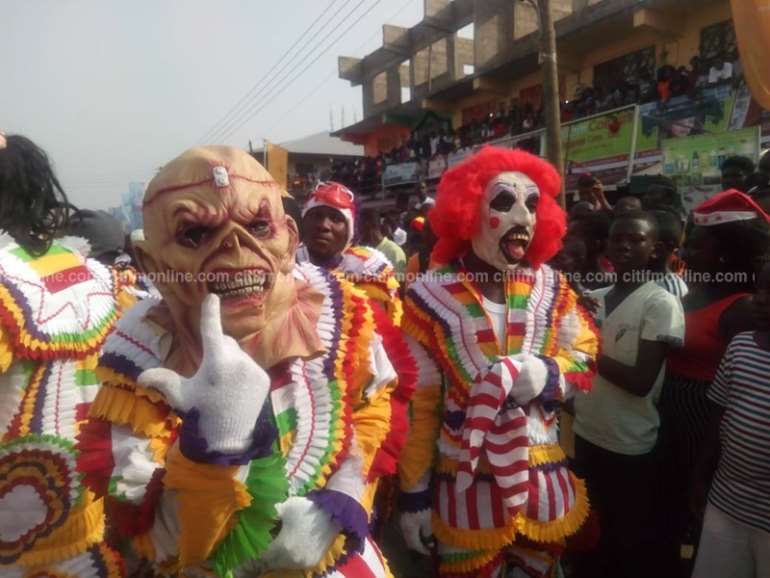 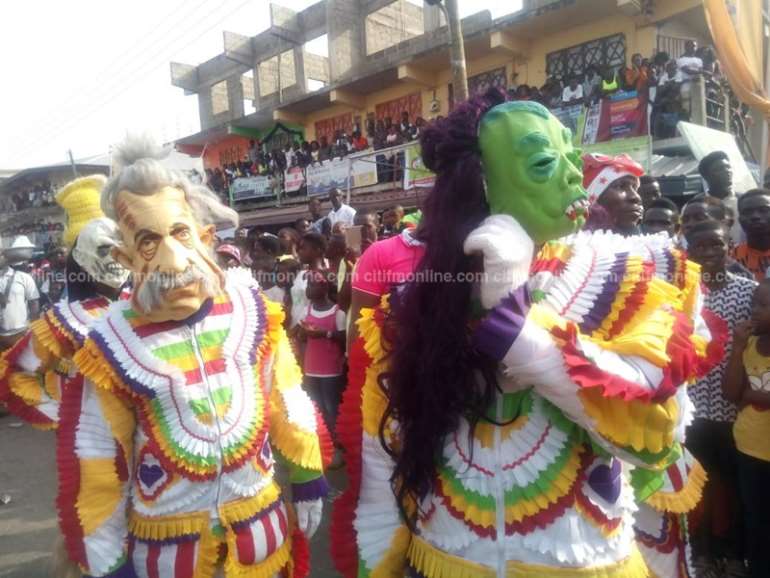 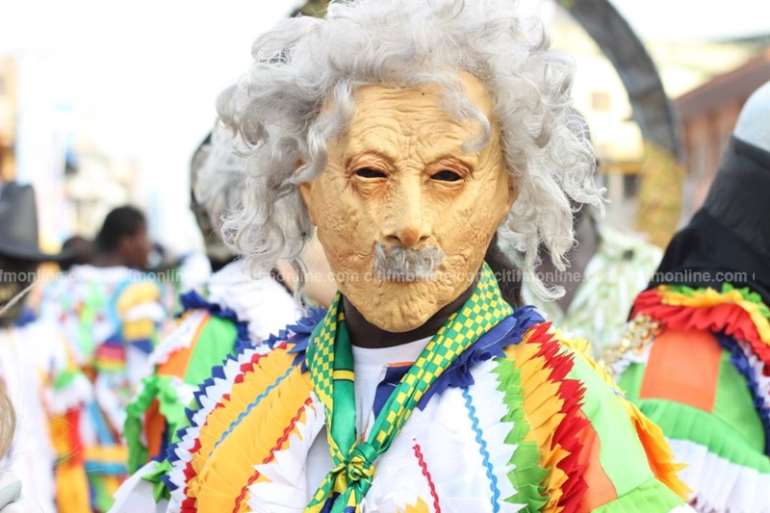 As part of the carnival, the various masquerade groups, after going through principal streets, mount the stage to display their music and dancing skills, after which winners are selected and rewarded.

Thousands of people gather around at Amanful near the Takoradi Market Circle, to catch a glimpse of the masquerades, and have feel of the popular street carnival. 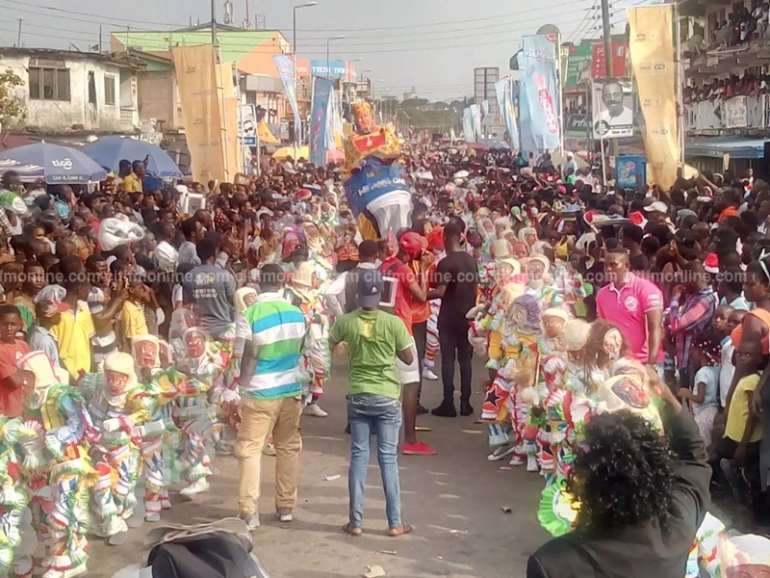 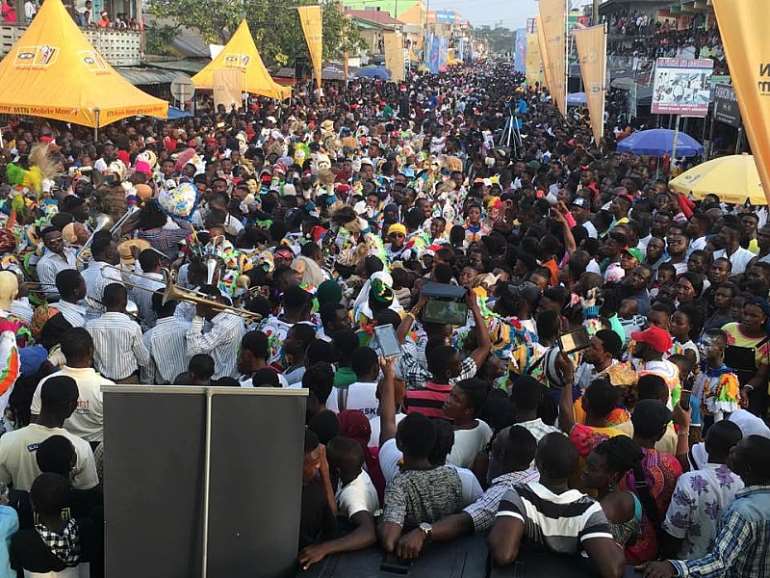 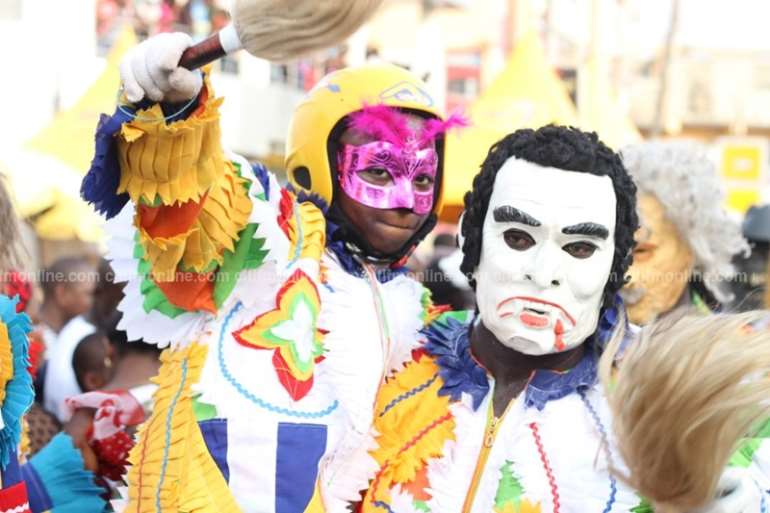 The over 52 masquerade groups have young boys and girls, and older men and women men as members. And for this year, the Member of Parliament for Takoradi and Deputy Minister for Aviation, Kobby Otchere Darko-Mensah, who has been a masquerade for many years before he became MP, featured again in his colourful attire. 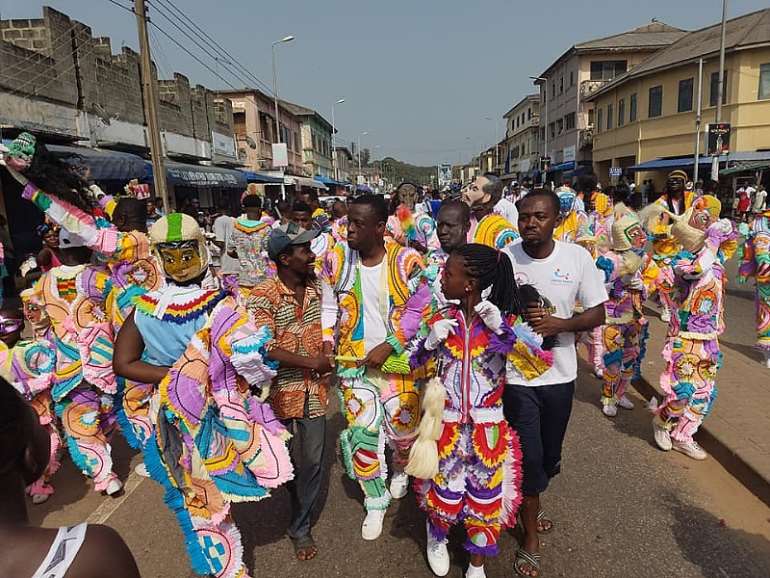 Takoradi MP, Kobby Otchere Darko-Mensah, (M) mobbed by the crowd after he took off his mask. 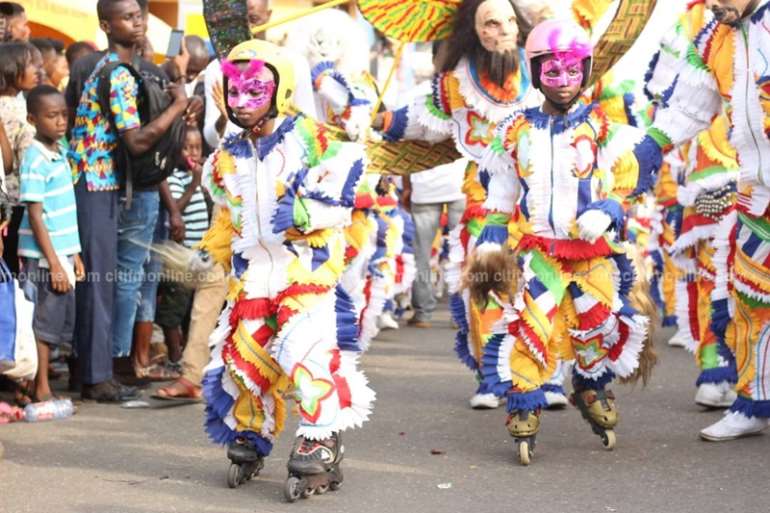 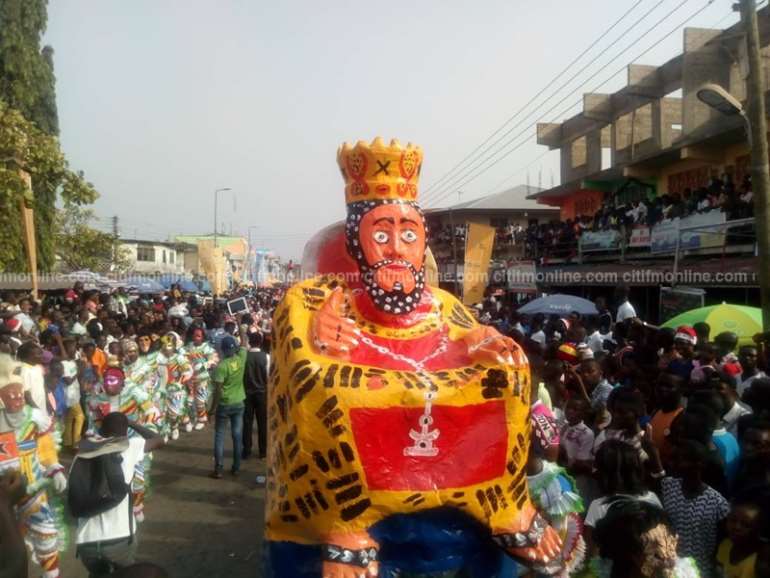 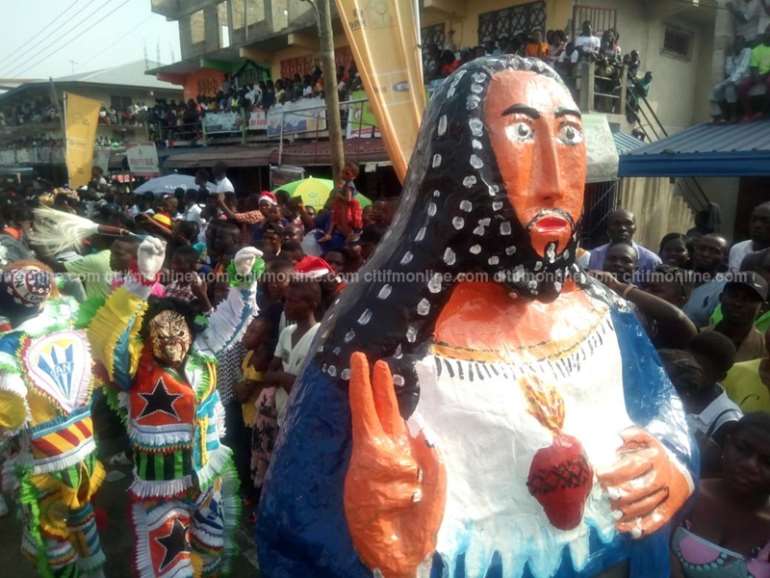 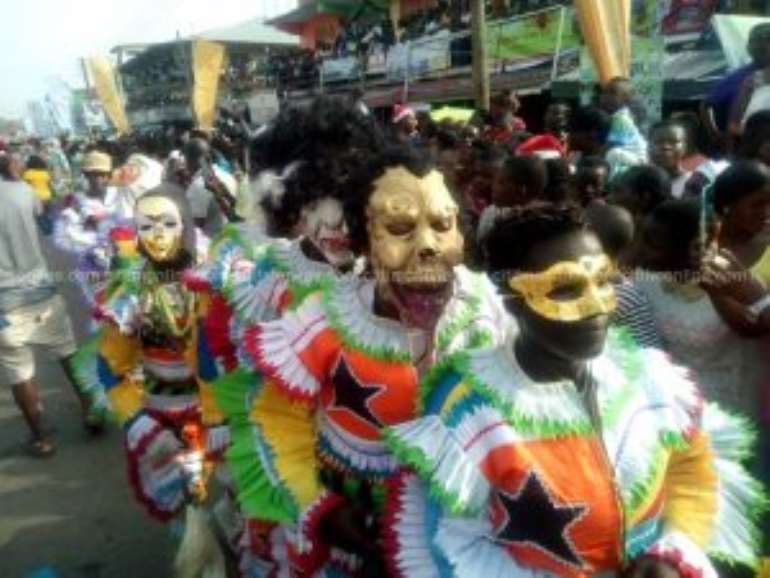 For this year, only 22 masquerade groups participated in the annual festival.

The event brings Takoradi inhabitants from other parts of the country, and even those in the diaspora, especially from the USA, Italy and Spain, who return home to join the colourful display. 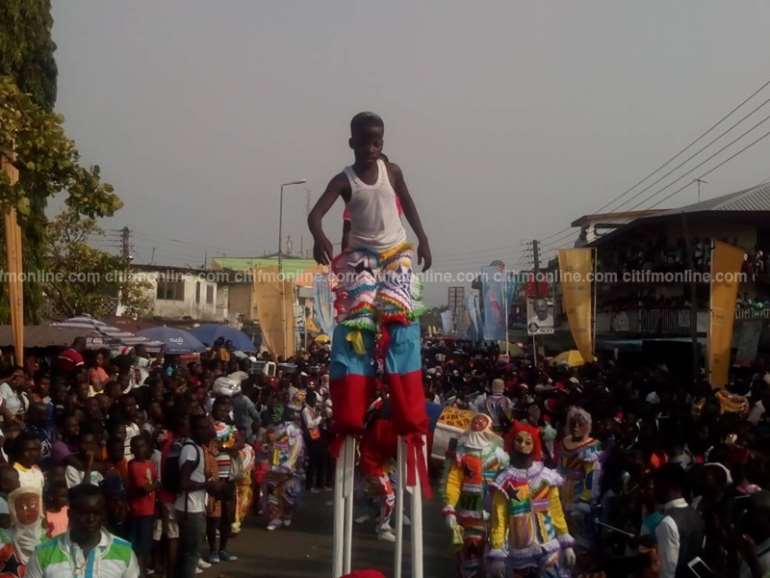 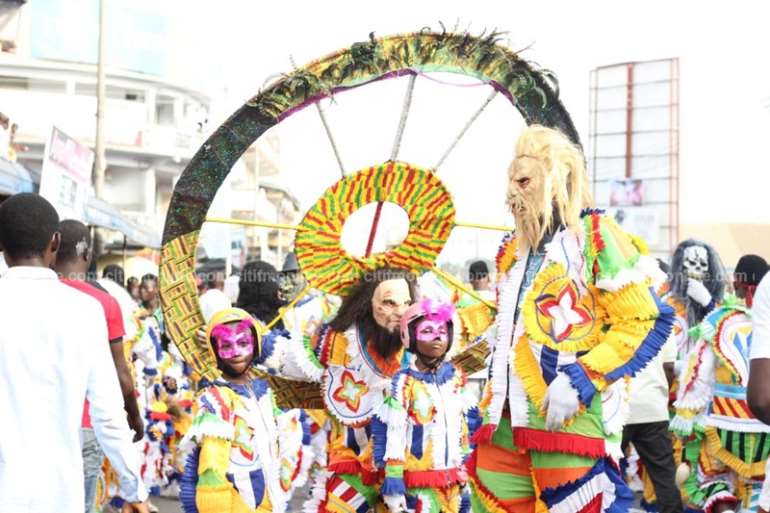 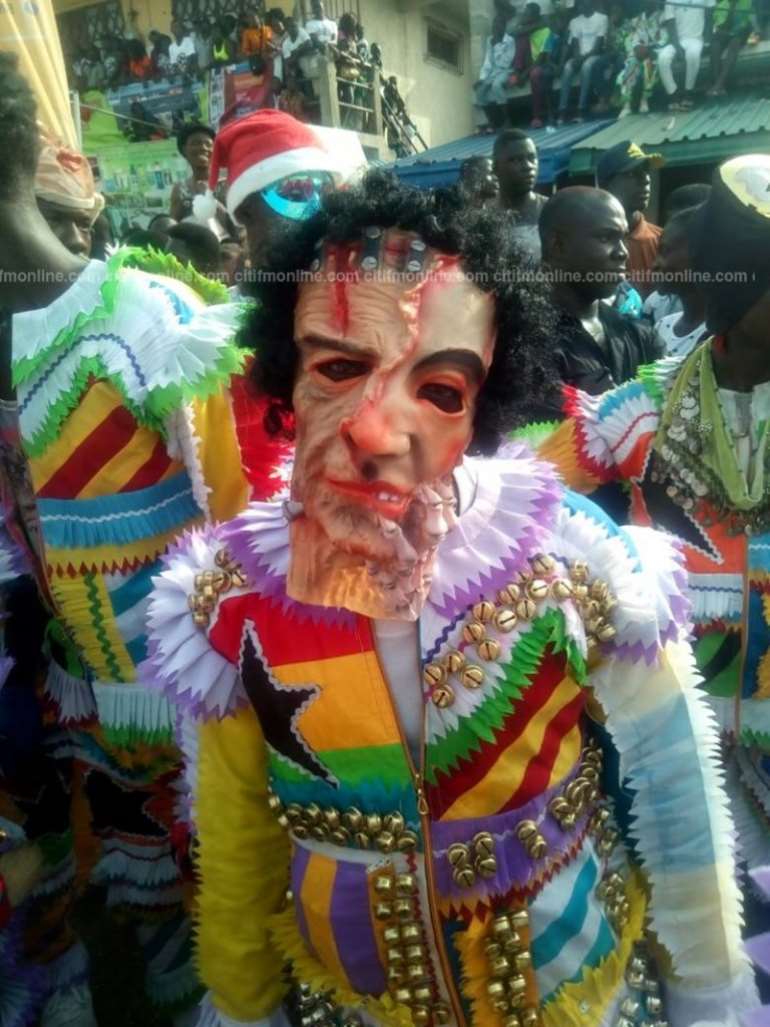 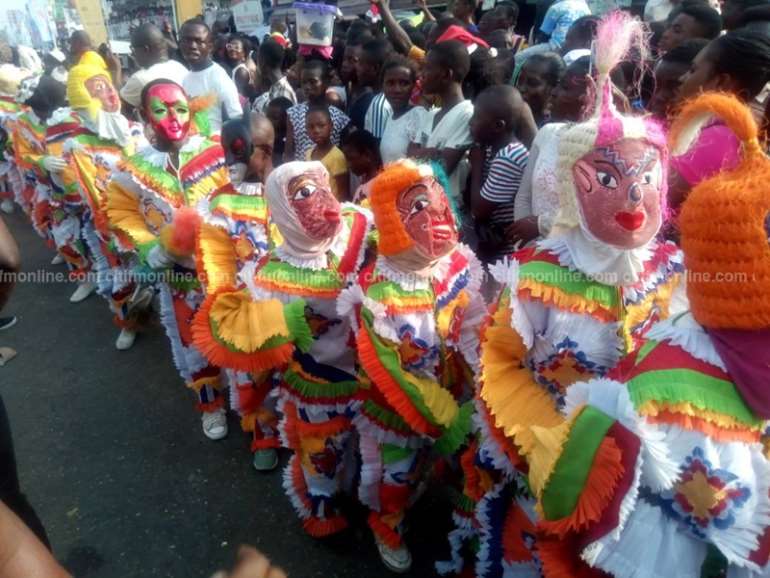 The excitement of the festival, is not only in the dancing skills and colourful attire of different designs, but also the masks that each masquerade wears and how they appear in them.

Some of the masquerade groups have existed for decades, and one of the oldest in the Sekondi-Takoradi Metropolis is the group known as 'Ankors', which has been around for sixty years.

This group is often financed by Ghanaians in the diaspora who are also very active members. 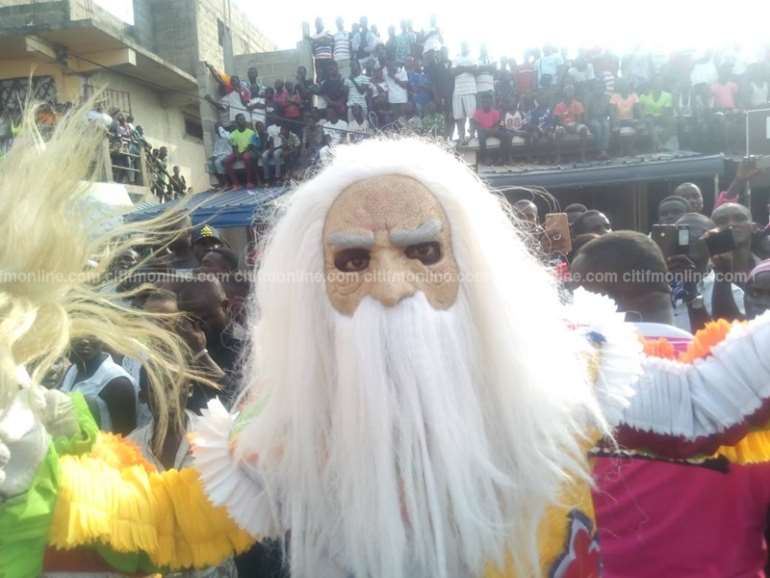 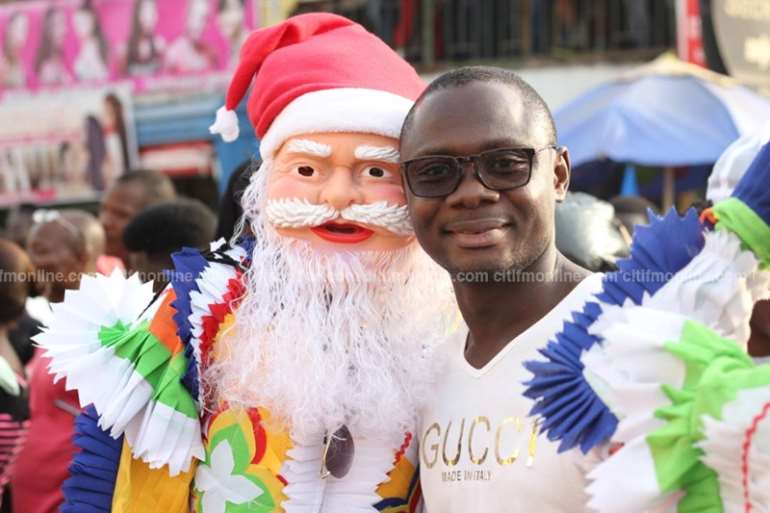 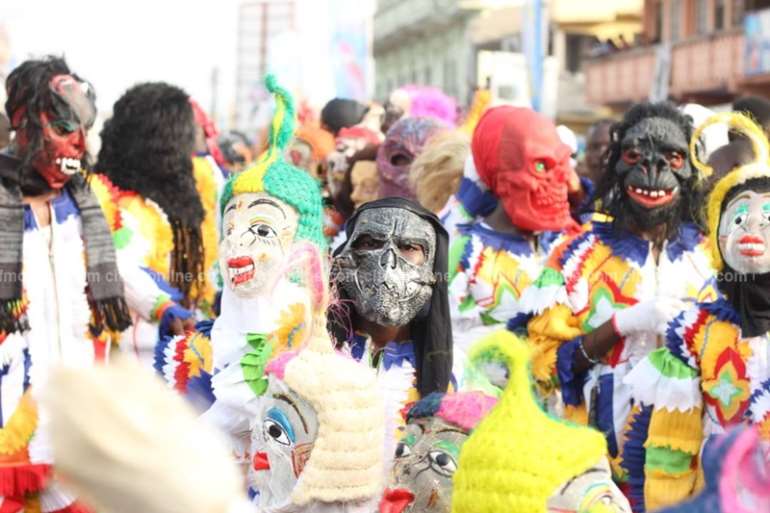 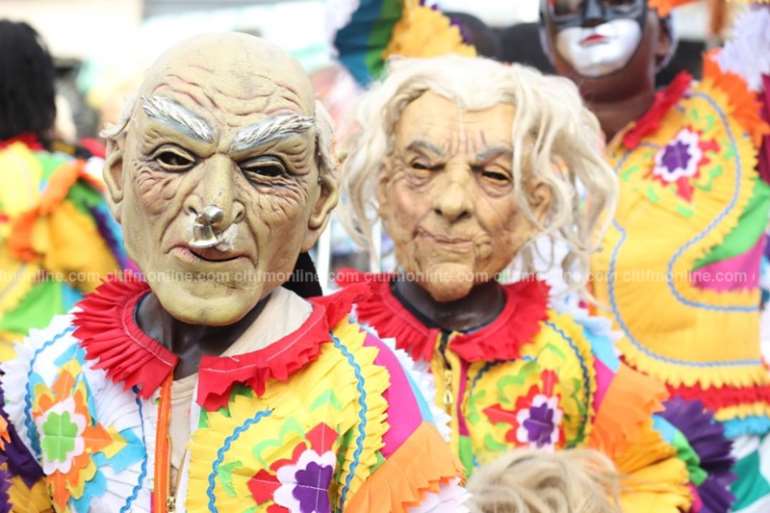