So Paapa Yankson Is To Be Given A State Burial? 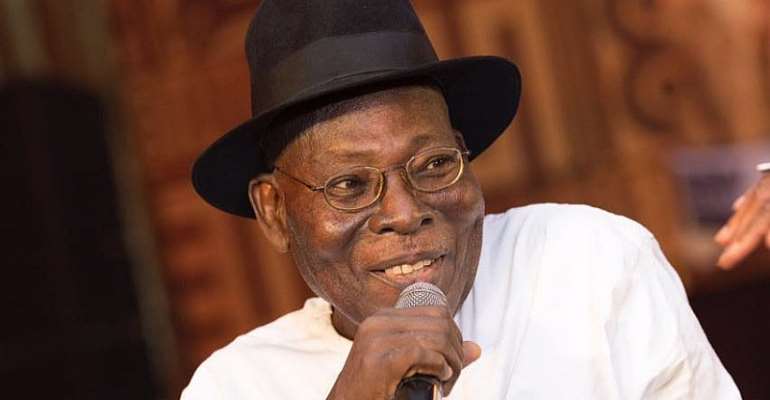 As a great lover of music generally and highlife in particular news of the death of highlife musician, Paapa Kofi Yankson, in July this year came to me as shock. For one thing, as an out-going young man working in Accra in the 1970s I had the opportunity of not only enjoying Paapa’s music as and when they were released on gramophone records and cassettes in those days but also dancing to his live performances on a number of occasions. Of course, among his contemporary greats were the likes of C.K. Mann, Pat Thomas, Jewel Ackah, Nana Kwame Ampadu, the late Alex Konadu, the One Man Thousand, and others, some dead and some still around.

So indeed, is life. As we move along, some will leave the stage as some jump onto it. That’s the reason why the current generation of Ghanaian music lovers who jump over their heads when they hear the music of Daddy Lumba, Shatta Walle, Sarkodie, Kojo Antwi and the rest may not even know whether the likes of E.K. Nyame, Kakaiku, Kwabena Onyina and their contemporaries were fishermen, carpenters or athletes. So, may the soul of Paapa Yankson rest in perfect peace just like his other great musicians before him.

And There Was a Call for State Burial

That said though, I must confess that I was a little bit confused when I heard the call by the late musician’s eldest son, Silas, on the government to give his father a state burial for the reason that according to him, he was a Legend who did so much for Ghana. Well… well… well… (apologies to Kweku Baako Jnr.). Of course, my confusion was not because I don’t recognise Paapa as one of the great highlife musicians of his time but rather because I thought the call was a little bit too ‘out of place’ (for want of a better expression). So when eventually the announcement came that he is indeed going to be given a state funeral next week, honestly, I felt disappointed, with all due respect to his family and admirers including my own self.

So Who Qualifies for State Burial?
Is it perhaps my own understanding or misunderstanding of what a state funeral is that makes me wonder who should actually be accorded that special honour? On the other hand, if it is just by virtue of the fact that someone is described as a ‘Legend’ that entitles the person to a state funeral then I would like to be schooled as to who or which institution confers that title on people. And for sure I wouldn’t be talking about a state burial/funeral for anyone if the whole thing didn’t involve state funds and resources.

I wonder if anyone is suggesting that all the ‘legendary’ Ghanaian musicians out there, either dead or alive, deserve more recognition from the state than the average Public Servant, Sportsman/woman, Farmer, Trader, Teacher etc. etc. whether dead or alive? How many of these other professionals who also excel in their chosen fields till their retirement ever get a state funeral, in other words, state recognition, when they die? Or is it the limelight that follows some particular professionals by virtue of the work they do that necessarily makes them deserving of state attention than all others?

So Are There Any Legendary Farmers Out There?

It’s a known fact that Ghana’s economy is till today driven by the agricultural sector. Not only does the sector offers more employ the largest percentage of the population, it is also the country’s highest foreign exchange earner. In fact in many areas of the country it is the toil and sweat of cocoa farmers that have built the towns including the city of Kumasi.

But where are the ‘legends’ (dead or alive) among cocoa farmers who may have ever been honoured with a state funeral? Or was it perhaps I didn’t appeal to the government for a state funeral for my late father, the Unknown Farmer, when he died, that deprived him of that honour? For in all humility, and with the greatest respect to the late Paapa Yankson, I’m not convinced that his contribution to the development of Ghana is more than that of my father, the Unknown Farmer, and even greater farmers before and after him.

And Where Are Our Institutions?
No doubt the most quoted comment out of that fine speech delivered by former U.S. President Barrack Obama when he addressed Ghana’s Parliament on his first visit to Africa after his inauguration is that “Africa doesn't need strongmen, it needs strong institutions”. Though the meaning of this statement seems to have been well understood and appreciated by Ghanaians I have my doubt if we’ve attached any seriousness to it.

Perhaps we may have taken steps to ensure that we don’t ever end up with any ‘Strongman’ on our hands but I’m not quite sure we’re taking any steps towards either building strong institutions or ensuring that our existing institutions get strengthened. The result of this is that depending on who is in charge of particular state institutions or who cries out louder for favours everything is possible. And when that happens and we find ourselves in a situation where there’s no formula for deciding who’s qualified for a particular honour and who’s not then we find ourselves in a situation where only ‘celebrities’ get recognised by the state. And I think steps must be taken now to ensure we don’t get there.

NPP must engage the grassroots if they want to win 2024 elec...
17 minutes ago