Developments In Ghana's Western, Eastern And Northern Neighbours And The Need To Stay Alert 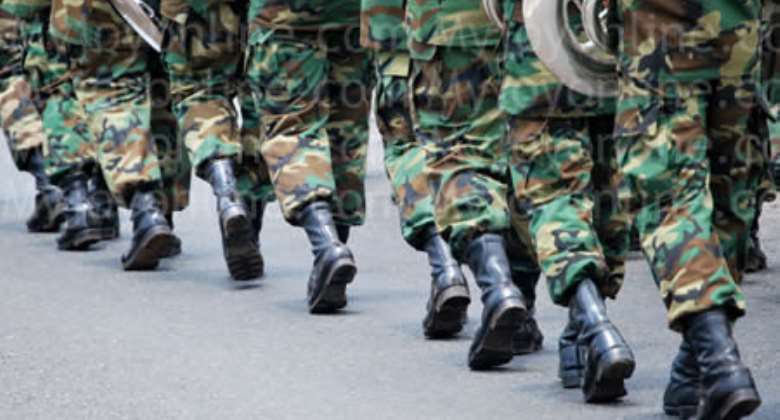 Ghana finds itself in a subregion that many have described as Africa's illicit arms market where weapons are sometimes cheaper than food and water and easy to come by anytime one wants to acquire one.

The only peaceful neighbour Ghana has in the west coast of Africa, is the Atlantic Ocean to the South which unfortunately only welcomes those who can swim and live at sea for days months, and years in case of any instability in the mainland-Ghana.

To those of us who cannot swim, any time there are reports of some form of trouble or instability with our Western, Eastern and Northern neighbours, we have butterflies flying in our bellies. So we always pray total peace those countries.

We live in a relatively volatile region where conflicts have spiralled/fuelled an already precariously dangerous arms situation making access to arms and ammunition by criminal minded elements and gangs a walk in the park.

Our country fortunately has been blessed and leaving peacefully in the midst of all this, but we should continue to be alert 24/7 at all our entry points to monitor the movements of elements from both our western and east neighbours and restrict access into our country of people we suspect to be neck deep in the conflict situations in those two countries.

These neighbours, Ivory Coast to the Western, and Togo to the East, are facing some level of security situations in recent times which we cannot and should not close our eyes to but keep a close eye on every minute.

In Ivory Coast for example, there have been some military matinées recently, two of them actually, demanding pay rise and threatening to spark another round of insurrection to destabilise that country if their request are not met by the government.

Also, there are disturbing reports in some media circles, traditional/mainstream and social/new media of some demonstrations taking place in Togo resulting in a few deaths.

The reports say that the opposition are protesting the close to 50 year reign of the Gnassengbe family and calling for the restoration of that countries 1992 constitution that was set aside by the country's military following the death of the great Gnassengbe Ayadema whose son succeeded him courtesy the military.

We should monitor the situation very critically and put measures in place to prevent a spill over, check every movement of political figures from that country coming into our country and also to contain a possible refugees situation that may emerge as a result of the current situation.

The opposition in Togo seem to have gotten it to the neck and this time want to go all out to demand the reinstatement of the constitution and also an end to the Gnassengbe dynasty.

But trust the Gnassengbe family to respond with all the power and might that it can marshal in that tiny Republic to crush crush any such entity dissent that they see to be a threat to their reign.

I trust that those who matter in terms intelligence gathering and nosing/snooping are as usual following these worrying developments in our neighbours backyards and taking the necessary steps in the best interest of our nation.

I must say that same attention should be given to our borders with our northern neighbours Burkina Faso where there have been reports of terrorist activities and attacks.

Finally, let's keep a close eye on the movements of notable/suspicious elements/characters from the Arab magreb region region and especially elements from Mali who come into our country. Of course, we cannot do this by just looking at faces and doing forced profiling, we need to make use of hardcore intelligence and evidence gathering systems.

Our international partners who have over the years stood with us and shared intel with us can be of tremendous help in this regard and we must avail ourselves, deepen collaboration and work together with them to keep our country safe.