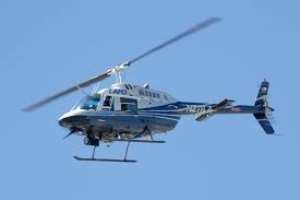 Despite being expensive, coupled with high maintenance cost and risky to operate. Helicopters are a sure bet in modern crime combat, detection and enforcement.

Many law enforcement institutions around the world, are beginning to make use helicopters in their day to day operations and crime combat.

In order to fight crime more effectively, the Ghana Police Service and for that matter, the government of Ghana which is mandated under article 200 of the constitution to resource the police to ensure optimum security for the nation, need to seriously consider buying helicopters for the Ghana police service if indeed, we are to achieve the aims of the constitution.

Recently, it was heartwarming to read that the Ghana Charismatic Bishops Conference called on the government to establish a helicopter Unit for the police service to enable them to fight crime in the country.

Such a call is undoubtedly is in proper order and deserves the support of all right thinking Ghanaians, civil society organisations, religious groups, chiefs, academia and of course, the media, the forth estate of the realm.

The use of helicopters in crime combat will significantly improve the security situation in the country and make the police a lot more versatile and mobile.

Helicopters can be used in search and rescue operation by the police in case the country is faced with all emergency situations including that which Sierra Leone is currently facing.

They can be used for surveillance, pursue hit and run vehicles, monitor traffic situation and to relay information to central control on where traffic can be redirected to in the city.

Also, helicopters can be used in locating missing persons especially in hard to reach or remote areas, for easy deployment of men to conflict zones or scenes of crime.

Because of the versatility of helicopters, the need for the Ghana police service to have a dedicated unit solely for helicopter services cannot be overemphasised. That is the more reason why I associate myself with the call by the Charismatic Bishops Conference when they called for the establishment of such a unit.

It must be stated clearly that it is long overdue actually, for the service to have such a unit to aid its operations in the country.

Although the Ghana police service had no fleet of helicopters, it constructed a helipad for such a purpose in August 2013 perhaps in anticipation of the purchase of helicopters for it by the government some time in the future.

The helipad which is located at the national headquarters in front of the national operations center, has been described as a white elephant obviously because of the lack of helicopters to make use of it.

Many have also said that having such a large space of land so to speak laying fallow at the national headquarters when in fact, there are no helicopters on it is comparable to having without a wife.

Although some security watchers have raised issues relating to high cost of maintainance, risk, and so on, the benefits on any day far out ways the negatives.

It is therefore important that the government listen to the call by the Charismatic Bishops Conference and accord it with the needed attention it deserves.