Religious Persecution On The Ascendancy In Ghana? 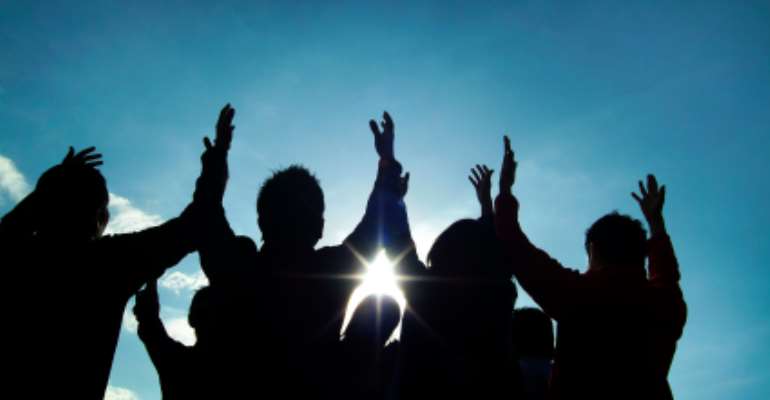 Accra (Ghana) - In the past couple of years, there have been several reports of Ghanaians being forced against their own will and religious beliefs to either abandon their faith and join in traditional rituals in the traditional chieftaincy institution or run away from their home communities or at worse, the country, in order to keep their Christian faith unadulterated.

This may sound like a mere story until you hear the tragic end of a young man named Thomas Papanko, a native of Nkwesinkwe, in the central Gonja area who recently met his untimely death after returning home from a self-imposed exile abroad where he was escaping the onerous responsibility of becoming a native traditional chief.

After several years of refusing to denounce his Christian faith to become a chief, Thomas run away abroad but returned after five(5) years when he failed to gain asylum, with the hope that he would be spared. He was however hounded and murdered in cold blood by some unknown assailants whiles in his village to visit his parents. Pictures of the gruesome murder has gone viral on Ghanaian social media.

His most tragic story is however not an isolated incident. last year, another young man named Clement A - Ugidima from the north, who, under extreme pressure to become the traditional chief of his village at the detriment of his christian faith and professional career had to escape from the country entirely after failing to successfully hide himself away from his pursuers not even in the capital, Accra.

That story brought the issue to the attention of government and civil society. It however did not stop the traditionalists from continuing to pursue the young man in their quest to make him their traditional chief. In the end, the young educated but frustrated christian man run away outside the country ( which destination we do not know yet).

The minister for chieftaincy and traditional affairs at the time, Dr. Seidu Danaa, was quoted as saying that ‘’traditional and customary practices are not subject to interferences by his ministry’’.

And with such a lame response, the perpetuators of this religious persecution were emboldened to remain adamant.

It is not surprising therefore, that a year later, there are more reports of such same situations from other regions of Ghana.

A similar story recently went viral also on social media in Ghana about a certain Nana Jonathan Opuni from From the Brong-Ahafo region whose house was vandalised by irate youth of the area led by its traditional elders with the excuse that he is their chief who violates their village gods by his continued attendance of church rather than the idol worship required of him as a chief.

The irate youth also claimed that misfortune had befallen the village because of the chief’s refusal to offer ritual sacrifices to the deities with the excuse that he is a Christian. The chief, who was rescued from from certain mob killing by the Ghana police later run away for fear of his life - abandoning his traditional responsibilities as a chief completely.

It is unclear which country he is now seeking asylum even though it has been established that he run outside Ghana. Before his disappearance, he told the media that his life was under constant threat by some of his own subjects because he has chosen to be a ‘’christian chief’’ which the people view as sacrilegious.

There have been too many similar reports in the media to recount. However, what is appalling is the continues silence from the governing authorities and the human rights activists who seem to have devoted more attention to gay rights and neglecting this group of minority christians under attack by their own traditional leaders because of their chosen faith.

The Ghanaian constitution guarantees freedom of worship and the traditional authorities are subservient to the constitution. The practice of forcing young educated christian men to become traditional ritualistic chiefs against their chosen faith and will is a clear violation of their fundamental human rights as well as a total and utter attack on the constitution of Ghana.

(wherever they may have managed to escaped to), others end up loosing their lives in the process like Thomas Papanko.

If the trend is not reversed, and the state remain aloof, the situation could one day escalate into religious conflict in many communities in Ghana. For now, the human and religious rights violations of young christian men continue unabated in some parts of Ghana. The government must therefore take these emerging reports seriously and carry out thorough investigations and interventions to guarantee the religious rights of young educated adults who are moving away from tradition to modernity in a global world which does not exclude our country.

More Feature Article
ModernGhana Links
Could Britain be said to have gone "HPIC" by the understanding of some Ghanaian Members of Parliament and vociferous academics?
Party Loyalty and Performance Record Will Be More Relevant in NPP Presidential Primaries
The dwindling of religious roles in Ghana
The tragedy of the African leader and the polarized democracy for the political class.
Has Dzifa Gomashie So Soon Forgotten…
Is There A Real Place Called ‘Nyanawase’ Or Is That Just Bad History?
A True Minister Of God
Development Is Coming, Embrace It
Ghanaweb Should Stop Peddling Such Apocryphal Inanities – Part 2
TOP STORIES