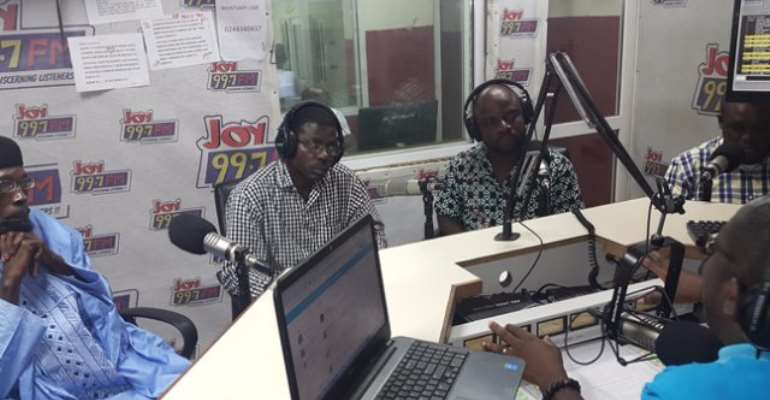 Sheikh Aremeyaw Shaibu, spokesperson of National Chief Imam is proposing that the two ex-Guantanamo Bay detainees are counseled and reintegrated into the Ghanaian society.

Their coming into the country has stoked a divisive debate with majority of citizens taking strong opposing position to government’s decision to accept them. Some of those against the decision are incensed that the Americans who perpetuated the act of injustice against the detainees for 14 years have outlawed their entry into that country and are rather pushing persons they tagged as terror suspects to vulnerable countries like Ghana.

The ex-detainees have expressed their gratitude to the nation for accepting them and promised to lead peaceful lives. Government has also assured the citizens it would be able to contain the two without putting the national security at risk.

But the various religious groups and some citizens have condemned the decision and have asked the government to send the two away for fear that Ghana may become possible target for terrorists.

However, speaking on Joy FM’s Ghana Connect on Friday, Sheikh Aremeyaw emphasized that irrespective of the label on the two, Ghana can give them a chance to reform and live a new life.

Earlier in the week, the Muslim community through the Chief Imam appealed to the nation to accept the two on humanitarian grounds.

Shedding more light on it on Ghana Connect, Sheikh Aremeyaw said the Muslim religion hates evil and not persons involved in the act.

He suggested that through counseling the ex-GITMO detainees can be reintegrated and also advised to discard all evil intentions.

He is convinced “government has not done anything that is so bad” by accepting the request to shelter the two as a nation touted for its hospitality. He also “trusted” that the government would not “deliberately” put the country at risk.

We can assist them to overcome any bad mentality. "These are young people…they get influenced and 14 years they want to put their lives together and also move ahead in life, pursue some education and so on and so forth. Understanding myself what youthful stage means and for the future of one, I thought that it is necessary that if there is any assistance we can give to such people…our country can assist them to shed off [any violent] mentality”.

Joy News’ Anny Asabutey and Joseph Adarkwah connected via the phone from New York expressing their personal views and relaying the disappointment of Ghanaians resident in USA in government’s decision.

Sam George insisted that President Mahama has in any material moment taken the right decision for the country no matter how popular or unpopular it has been. He was certain at the end of the day, the president will “stand tall in the face of all these criticisms”.

He noted that the fact that the US branded the two as terrorist suspects does not make them terrorists as he condemned “sweeping statements” by some Christian groups rejecting the resettlement of the two in Ghana.

Nana Kofi who opposed the decision to host the two argued that the decision would mean that Ghana is supporting America’s injustice. He believes the two should be freed once they have not been charged or found guilty.

Abdel-Manan concurred with Nana Kofi. He called for proper resettlement package for the two if America is saying they are not guilty after detaining them for 14 years.

He recalled that most of the refugees from neighbouring countries Ghana has been playing host to are some who are hard core criminals more hardened than the two detainees.

Irrespective of the differences in position, the panel agreed on the need for discussants to avoid making religious comments.