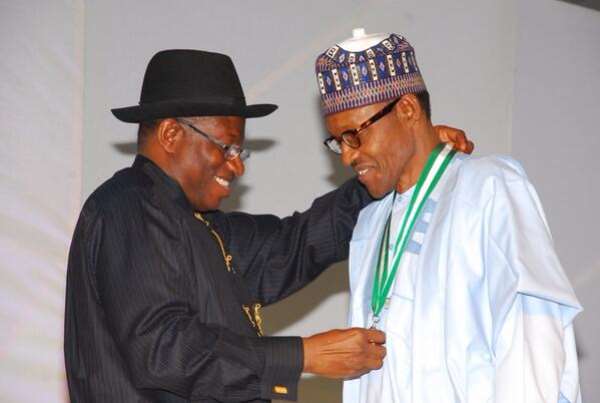 The Nigerian elections in 2011 and 2015 have been historical watershed moments for the African continent and the African Diaspora. We have seen that relatively fair elections can be held in the most populous Black Country on earth and that political power can transfer from one party to another. Both elections have reinforced several principles of plurality democracy in multi-ethnic and multi-lingual societies. In hindsight it was affirmed that in Nigeria you cannot insist that the replacement of a president that dies while in office should be from the same ethnic and/or tribal group. The vice-president no matter their origin should be the legitimate person to assume the office of the presidency.

In 2011 and 2015 Nigerians also rejected the notion that a certain region can insist on occupying the top job in the land to the detriment of the other tribes. Nigerians made it clear that corruption and incompetence will hitherto not be whitewashed due to ethnic and tribal interests. There are indeed somewhat robust oppositions that can be mounted by the Nigerian people physically and through social media to demand for accountability. But the subtext of the environs that created the transition of power needs to be investigated in order to understand the magnitude of these proposed changes. A failure of introspection might negate progress whereas perpetuating the vicious cycles.

Consequently, there is the call to analyze the 2015 Nigerian elections through the prisms of domestic violence and suicidal ideations. Under these paradigms Nigerians can be described as the children in a troubled household who are caught up in the squabbles and quibbles of their parents' marriage. President Goodluck Jonathan, Peoples Democratic Party (PDP), and to some extent the Niger Delta evoke the role of the mother in this unromantic contraption. The Niger Delta is the home of the petroleum that keeps Nigeria viable as a nation. On the other hand President-elect Muhammadu Buhari, All Progressive Congress (APC), and Boko Haram occupied the position of the father in the household.

Nigerians who are victims of the shortcomings of both parents have decided to go with their father's side for now due to the shenanigans exhibited by their maternal side; that was supposed to be in charge of the helms. They were concerned amongst other things about the possible disintegration of their family unit and the fact that their mother was not able to manage the affairs of the home when “daddy” was away. They blamed mum for ineptness and for having several boyfriends that kept her company. But their father used to beat her up, and was on all accounts a rolling stone with concubines locally and at international destinations such as Switzerland, London, and the Cayman Islands.

Despite coming from a humble background in the Niger Delta, the facts are that President Jonathan allowed corruption to fester in the country like his predecessors. He appointed professionals from neoliberalism institutions like economic minister Ngozi Okonjo-Iweala (world bank), petroleum resource minister Diezani Alison-Madueke (shell petroleum), and minister of finance Olusegun Olutoyin Aganga (Goldman sachs). These folks continued the hegemonic and masonic economic dominance of the 1% over the rest of the country. The same impunity and corruption they encouraged led to the unraveling of Jonathan's administration, which decided to use Boko Haram as a political football.

Instead of sacking the military insiders that assisted Boko Haram, President Jonathan used the pretexts of their horrendous attacks to increase petroleum taxes in Nigeria which generated the Occupy Nigeria Movement. Jonathan and his cohorts acted like the victimized spouse and essentially covered up the crimes of Boko Haram, their associates, and sponsors. They continued the chop I chop politics in Abuja and gave us a sham sovereign national conference which did nothing to address the actual yearnings of the various nationalities in Niaja. Nigerians probably sensed that they were on the wrong tide after former speaker of the house Mr. Dimeji Bankole was exonerated for stealing $1 billion dollars.

Whereas the paternal side of Nigeria continued to torture the family unit with domestic violence, they eventually moved on to suicide schemes. It is traumatizing for children to be exposed to the horrors of their father beating their mother but it takes a more horrific dimension when the father insists on killing their mum and himself. Nigerians were exposed to these triangulations of horrors when General Buhari demanded for blood to be spilled on account that he did not win the 2011 elections; Boko Haram who began their attacks on churches and governmental institutions decided to murder fellow Muslims on an industrial scale; and they asked Mr. Buhari to negotiate on their behalf.

Through it all the northern rulers and APC systematically absolved Boko Haram of their crimes against humanity. Nigerians became afraid and decided to abandon their mother's stewardship for their dad's because he was ready to blowup everything (shoot the kids, their mother, and him) and breakup the country. In APC we now have the abundance of dejected defectors that have jumped the PDP ship. Most of these folks did not leave because of their disdain for corruption rather for political expediency and relevancy. Maybe APC will call our bluff by stripping politicians of their legal immunities against prosecutions, and pass laws to cut down on their salaries, bonuses, and allowances.

In terms of practicing what you preach, President-elect Buhari once gave an interview in the United States about increasing the electricity capacity in Nigeria to provide structures that can ensure employment in shifts for our youths; it is now time to implement by putting the money where the mouth was. Hopefully, the APC government would put in reforms that divest the economy from petroleum and invest in renewable energies. Nigerian youths especially those in the north where there are manifestations of deforestation and desertification and those in the south where there are environmental pollutions can be the bedrock of multiple solar energy industrial investments.

Nigeria has the human and intellectual capacity to engineer 21st century technologies that can sustain large communities in West and Central Africa instead of allowing AFRICOM to encircle the region. It is time to build for a change. Rather than outsource our human and capital resources to foreign lands let us encourage local developments. Why not use our numerous raw materials like the abundance of sunshine to make strategic plans that will benefit Africans for generations to come? These developments do not depend on borrowing from international monetary loan-sharks but stops the pressures to migrate to urban city centers meanwhile strengthening the rural agricultural sectors.