What Is Hell Like? -A Resurrected Man Says It's Icy Cold Place. -But The Bible Describes It As A Hot Area. 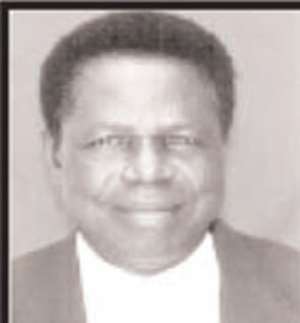 A friend argues that: 'hell does not consist of flames of fire you people think of. It's just been discovered that it's an icy cold place, not a hot place after all. At least that's the eyewitness report of an American lawyer who resurrected from death.'

No doubt, this friend was referring to the news story of the weekly newspaper P&P which some time ago reported that a 58-year-old Lawyer Amos Cavino of the USA who had a heart attack, died and saw himself taken into hell, and later came back to life. The resurrected lawyer was reported to have said: 'I felt myself in the cold, reptilian hands of two hideous demons. In the distance, I could hear the sounds of screams and moans. The demons pulled me down through the darkness toward the sound, and as they did, I kept getting colder and colder'.

Lawyer Cavino continues: 'finally we arrived at a vast plateau that looks like an Artic wasteland -but worse, I saw millions of souls naked and shivering in pain. It was so cold that breath was condensing, freezing and falling to the ground in the form of ice.'

Such description of hell as an icy place, raises lots of eyebrows. Hell, for all one knows, is described in the Bible as a place of hot fire meant for the wicked in the society. Thus Jesus Christ says of it: 'They (the angels) will throw them (evil doers) into the fiery furnace (of hell) where there will be weeping and gnashing of teeth' (Matthew 13:42)

As prophet Isaiah earlier describes it as a place of 'consuming fire……… with everlasting burning' (Isaiah 33:14b), so Christ in Revelation 20:15 picturesquely reaffirms that hell 'is a lake of fire'. Ironically, some 64 American and European Bible scholars and priests are reported to believe the lawyer's 'cold-hell' narration as true and Biblical.

A priest, by name Father Miguel Suenoz argues that 'in the Old Testament, the Bible describes Hell as hot. But as any geologist will tell you, the Earth's core has been constantly colder ever since then. Later, when Jesus came along, Hell probably averaged a chilly 40-50 degrees year round. Many people misunderstood what he meant in the book of Matthew when he talked about 'the fire of hell' and a place of 'wailing and gnashing of teeth'.

Following Lawyer Cavino's icy-hell argument, scientists are believed to have estimated the temperature of hell to be 'in the neighbourhood of absolute zero -that's minus 459.67 degrees Fahrenheit'. The question then is asked: how did Father Suenoz and scientists come by their calculations that hell was hot in the ancient times, less hot before Christ's birth, then falling to 40-50 degrees cold during the time of Christ, and now below zero degrees cold? It is contended that since such reckoning cannot by any means be established practically, the argument of Father Suenoz and the scientists lacks logical cogency; and thus cannot be believed. Besides, it is argued that since Father Suenoz and his ilk are unable to offer any explanations as to why the temperature of hell has gone down from hot to cold, their conclusions appear less convincing.

Yet those who support Father Suenoz's cold-hell theory hit back with two interesting points to argue their case out. In the first place, they explain that the fire of hell as referred to in the Bible, is something which means: 'rubbish barrels that dot the landscape (of hell), the only source of warmth in that God-forsaken place.' That means hell consists of small piles of smouldering rubbish fires. Not fascinating?

Indeed, there is the suspicion that this argument takes its cue from the old Hebrew customary practice by which heaps of rubbish were burnt in the Valley of Hinnom, a deep pit incinerator ('bola' or 'sumina') South of Jerusalem. Actually, decades before King Josiah's reign, BC639 (2 Kings 21:26) sacrifices were offered to the Ammonite god Moloch, and were dumped into that pit. But the Godly King Josiah came to destroy this bloody practice, and instead, filled the pit with burning rubbish so to desecrate it.

The place was called 'ge-henna' (Matthew 5:29), a Greek word derived from the Hebrew 'ge-hinnom', meaning, the Valley of Hinnom or (pit of Hinnom). This burning rubbish in the Valley of Hinnom was later believed to be providing some warmth to the murdered and 'lost' souls crying in it. And this belief was transferred to the condition of all souls everywhere who are said to be lost, and are therefore in a similar pit of Hinnom (ge-henna) being either warmed up or tormented by rubbish heaps. Many Christians consider hell as a place of smashing fire. Hence, is the unpopular argument that Christ's reference to the 'furnace of fire' in hell, means rubbish fire on the 'cold landscape of hell', but not actual fire.

But to many Christians, the argument becomes a bit confusing when the Quran comes in to posit the view that hell simultaneously consists of hot fire and an icy-cold atmosphere. Whilst the Quran Chapter (Surah) 2:24 warns people to guard themselves 'against the fire prepared for disbelievers', its chapter 78:24-26 describes evil doers in hell as being in a place where they can taste 'neither coolness nor any drink, save boiling water and a paralyzing cold, –a reward proportioned to their evil deeds'.

This two-way (possibly accommodating) position of the Quran (and I stand to be corrected) appears to render support to Father Suenoz's view that hell is cold, and that there are only dumps of smouldering fire there. This cold-hell viewpoint seems to gain further credence from the 17 th  century Christian 'mystic' Emmanuel Swedenborg who asserts that hell fire is the lust (unholy desire) in man's heart, but not a real fire. In his book, 'Divine Providence', Swedenborg argues that 'lusts with their enjoyments can be compared to a fire which blazes the more, the more it is nursed; the freer its way, the more widely it burns until in a city it consumes houses…. In the Word (the Bible) moreover, lusts are compared to fire, and the evils from them to a conflagration. The lusts of evil with their enjoyments appear as fires in the spiritual world, hell fire is nothing less'. To Swedenborg, hell fire is only a sea of burning lusts.

However, when the eschatological (life-after-death) story in the Bible in which Christ refers to the badly-thirsty rich man (Dives) seeking cold water relief from Lazarus, is remembered, the icy-hell argument crumbles down, by the fact that there is absence of cold ice in hell, otherwise Dives could have satisfied himself with it. Ice is itself water. And a person vomiting or spewing forth icy substance 'from the breath', and not from the stomach, as the resurrected Cavino narrates, is therefore not expected to be thirsty.

Does the whole argument mean that there are two compartments in hell, with Christ uncharacteristically revealing only one part as hot and fiery, and with lawyer Cavino exposing the other hidden part as cold and frosty? The question still remains to be answered. At any rate, the one common denominator in the controversy is that hell is a place of everlasting torment and suffering. Lawyer Cavino is horrified by such hell experience and resolves: 'I never want to go back there-never'.

And no one wants to be there either. But the way to avoid going there is, as St. Paul points out, to refrain from 'adultery, fornication, impurity, licentiousness, idolatry, witchcraft, hatred, evil disagreements, jealousy, anger, strife, seditions, envy, heresies, murders, drunkenness, carousing' and so on (Galatians 5:19-21). God save us then from any spectre of a fiery, tormenting and buttocks-whipping hell!

In conclusion, I am of the view that Christ's description of hell as a hot fiery place is really unassailable. His assertion is the truth, for He is the TRUTH and cannot lie to the world!

More from Opinion
ModernGhana Links
We should rather be 'obedient' to Tinubu
From Pro-Poor President to Liar-Man President: A Birthday Tribute to Mr. Weah
Alleged slashing of Ghanaian throat by Chinese employer, musings of a broadcast journalist
TOP STORIES

Come out and declare your commitment to fight against galams...
36 minutes ago