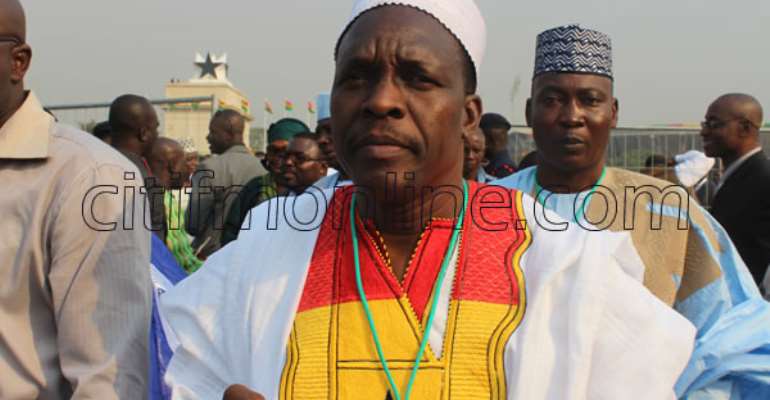 Mr.Bagbin speaking on the Citi Breakfast Show said President Mahama has failed to fight the rot and corruption in the country.

“I have been part the global fight against corruption, right up from the first parliament and so I have been part of that crusade in this country and so I expected that on the assumption of power, His Excellency President Mahama will have been employing those instruments to fight corruption…''

Responding to comments made by the Director of Communications at the Presidency, Stan Dogbe, the former majority leader said “I have done a lot in the Health sector and the evidence is there for everybody to go and see…''

''Stan Dogbe had to say that I didn't perform well in Health, I did nothing. I was there eight months, he and the President have been in government since last year and they are still on first gear…,'' the frustrated Bagbin said.

Mr. Alban Bagbin has come under criticism from some members of his party for comments he made concerning the president and the fight against corruption in Ghana.

Director of Communications at the Flagstaff House, Stan Dogbe questioned Mr. Bagbin on what he did to fight the canker when he was minister.

He stated he has for far too long ''complained in silence” about the raging corruption which is eating deep into the fabric of the society and could no longer look on for the country to end up in the abyss.

Mr. Bagbin said his comments or criticism is not because he wants an appointment in the Mahama administration. “There is nothing like I am doing this to be given a position in President Mahama's government; no that is not it…,'' he said.

He also said his comments and observations are shared by many people including people in government and civil society.