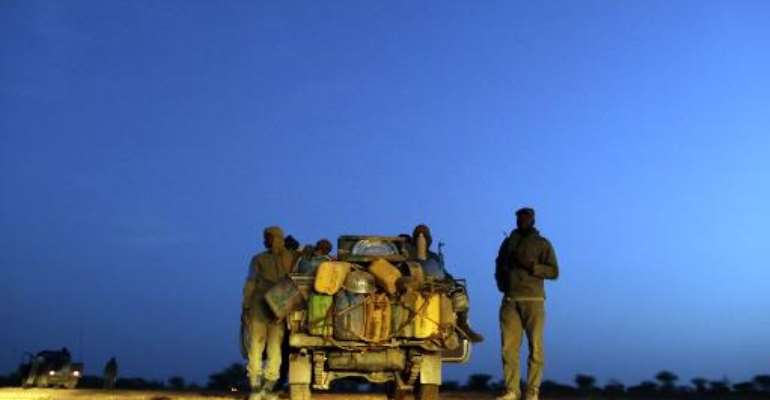 Malian soldiers patrol on a road between Kidal and Gao on July 29, 2013 in northern Mali. By Kenzo Tribouillard (AFP/File)

Bamako (AFP) - A firefight between gunmen and Malian soldiers in the northern rebel stronghold of Kidal came to an end on Sunday with several casualties, the regional government told AFP.

A group of men identified by governor Adama Kamissoko's offices as rebels from the National Movement for the Liberation of Azawad had exchanged fire with the army in the city centre for more than an hour.

"The shooting has stopped. The Malian army is in control of its positions," a close aide to the governor told AFP.

The aide said troops from the French-led Operation Serval mission fighting armed Islamists and UN peacekeepers had been deployed to protect the town hall, where Kamissoko lives and works.

"There are some wounded, but I do not know on which side," he added.