RUANDA: 18 YEARS AFTER THE GENOCIDE 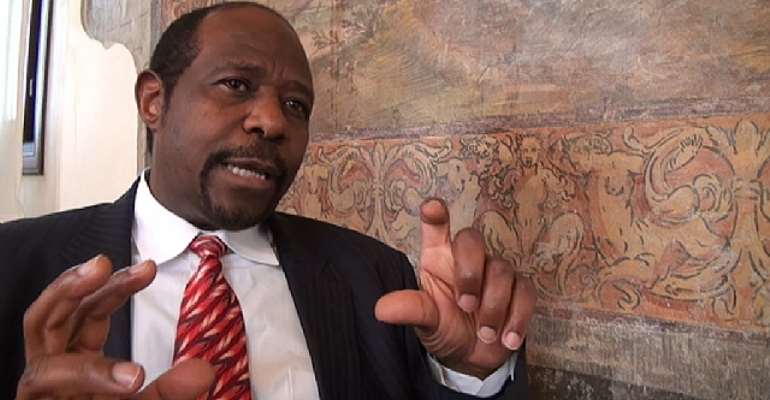 1994 saw one of the saddest incidents in the recent African history: Ruanda's Genocide which reaped off the lives of nearly a million people on its wake. Some 18 years later, we are still forced to repeat many questions; all to find an answer into what truly happened in those 100 days. Last weekend, Saturday May 5th, in Padova North Italy, I had the chance to interview Mr. Paul Rusesabagina, the original character of the movie: “Hotel Rwanda” through which he has earned a global personality.

Thank you Mr. Paul for accepting to talk with us today. Could you please start by telling us more about yourself?

I am Paul Rusesabagina. Sometimes when I tell people the meaning of my name they just laugh. Rusesa in kinyarwanda means “to disperse” and bagina means “enemy”. So Ru is "he who disperses enemies". This is the meaning of the name. Who am I? I am the real character that was played in the movie “Hotel Rwanda” that people have been seeing on the screen all over the world. I happened to find myself as a general manager in a hotel where I hid 1268 fleeing people… None of them was killed, none of them was taken out, and none of them was even beaten. This is why that movie was made about me.

If I am not mistaken you had a Hutu father and Tutsi's mother. You must have clearly understood the reality of these two people. What was their relationship like before the 1994 genocide?

Well it is so ironic even to have two different parents who came from different groups. I was not very much aware of the ethnic differences until February 1973 when I saw many of my friends been kicked out of schools because of what they were. How was the situation at that time? The situation in Rwanda has ever been very tense and very nervous. You could always see people suspicious of each other. We had about 250.000 Tutsis who fled the country between 1959 and 1963 and went to exile. So those in exile were attacking the country, coming very often. There were always tensions between the two. But there was a short period of silence kind of around 1980 and 1988 and then came 1990 when the war started. Rwanda went through genocide when it was also going through a civil war which started on that date and the civil war created an exodus; an exodus of the populations behind the rebels because the rebels were killing the civilians remaining behind. So people were fleeing slowly all over the zones. There was a very heavy tension until around 1993, early 1994 when we could see about 2 million people surrounding the capital city of Kigali leaving this place, coming to beg in town, going back to sleep in the open air under the rains, under the sun, under the dust, without food, without shelter, without school for the children, the situation was so bad.

When did you first realize that the war was going into the dimension of genocide?

Well from the day that both presidents of Rwanda and the one of Burundi, their fellow cabinet ministers were assassinated on April 6 the situation had changed, completely changed. You could see that someone wanted the power and wanted the whole of it and this is when the mass murder and the mass massacres started. This is when I saw that government was no more existing; that is when I realized that things have changed and I decided to take my responsibility. The people who had come to our house I had to take them from the house to the hotel because I knew they were in danger.

Considering the risk involved, how did you manage to come up with the idea to hide over 1000 people in your hotel?

You see, when you go through such experiences you are never prepared; you never prepare for such experiences; you only do what you believe, what your conscience tells you is the right thing. You listen to yourself; this is the best way to deal with it; just as no one has been created to be killed by a fellow man.

As some experts have pointed out, do you Rwandans believe that there could have been a foreign influence in the genocide?

Definitely. This is what I have been saying and let me tell you again, behind each and every African dictatorship there is always a western superpower manipulating everything. It has been so long that many western superpowers wanted to get into the Congo and of course especially the Anglo-Saxon world, so having the East African Anglo-Saxon countries there was a bridge which was not yet open and this small bridge was to be Rwanda and also Burundi. It was so clear that to get into the Congo that bridge had to be opened. It has been going on for so long.

Let me ask you a general question regarding Africa? Why is it that in many parts of Africa unlike in Europe or the Western world generally, people tend to be less nationalist and more tribal and sectional in their social behaviors?

This is not only in Africa but in most of the developing world. In the developing world where people actually ascend to power not democratically but sometimes by guns, they always tend to maintain this force, this power by all means. So their politics is always “divide and conquer”. So it is not only in Africa but in Africa there's an exception... The West do not like to see a clever human being leading Africa because the very day a clever person, a nationalist leads their continent then no one else will cross to abuse our minerals, our raw materials.

Do you have a particular message you would like to pass to the African community here in Padova?

Well to the African community here in Padova, in Italy and the entire African Diaspora, my message is very clear. These people have been here. They are our ambassadors, the ambassadors of their respective countries; they need to let the world know that the hurtful events in Africa are not yet over. The struggle continues. The killings continue. The lack of political space is still a problem. Human rights issues are still a problem. The freedom of speech is still lacking. So they have to be our ambassadors. Let the World know what is going on all over the Continent.

Thank you very much for your time.
Ewanfoh Obehi Peter