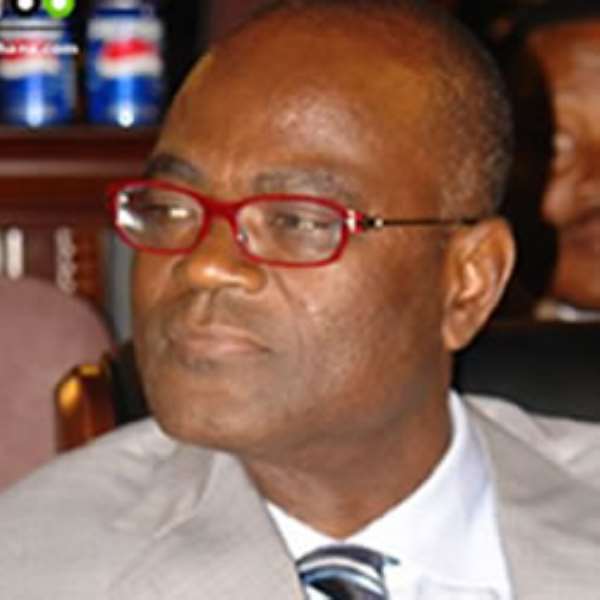 An accomplished Ghanaian entrepreneur, Dr Kofi Amoah, has suggested that it is time Ghana gets a business-minded person to lead the country as its president.

Sharing his thought on how Ghana is economically lagging behind its peers on Joy FM's Super Morning Show, Tuesday, the chief executive of Progeny Ventures said successive presidents have failed to show commitment towards growing the economy.

“The issue now comes to competence and understanding of how to manage a modern economy. And I think it is becoming clear that we probably need a businessman president, who understands how to position Ghana.

“[The president] who understands…fighting for the Ghanaian economy, fighting for Ghanaian companies and businesses to enter into other markets, creating the policies and measures that will create the fertile environment to support Ghanaian business to grow, limiting the risk exposure of local businesses that cripples them. Policy is the issue.”

"...if we don't take the selection of our leaders seriously we will keep going around in circles."

Dr Amoah also called for orientation of the nation's political and social strategy to change the status quo.

He therefore appealed to government to put in place appropriate policies that would create the enabling environment for businesses to thrive, and also asked companies to contribute to government's revenue by paying their taxes.

For instance, he noted, if an individual is working hard and employing people as an avenue through which wealth can be created, such a person must be supported.

“We must have a definitive direction and believe in what we think would be the right way to create freedom for the individual in terms of how he lives his life and in terms of creating businesses, and if that person is doing well, paying their taxes and become wealthy, they should be allowed to enjoy their lives and not be stigmatized.”

Dr Amoah who owns a popular entertainment centre, Citizen Kofi, felt government decision to use $1.5 billion for a housing project, was not the right judgment.

“I think that, consensus here is that, Ghana has abundance of creative young talents, who want to go to the business field, our bank are not supporting like the way they should and we cannot continue to blame them.

“I will invest one billion dollars in creating a capital venture fund to support local Ghanaian businesses, before I will do a 1.5 billion-dollar housing project.”

Dr Amoah said based on the talents and natural resources that abound in the country, Ghana's economy should be around $150 billion, and not a mockery $30 billion “that goes into only the left pock of one man, Bill Gate”.

Whilst he advised a cut on Ghana's importation, which is said to be over 70 of consumables in the country, Dr Amoah also asked that the fight against corruption should be intensified because it kills the economy, explaining that sending Ghana's money outside means building other people's economy.

He also counseled workers to change their lackadaisical attitude towards work and also tackle over dependency; employers were also asked to pay their workers well and take interest retraining and motivating them.