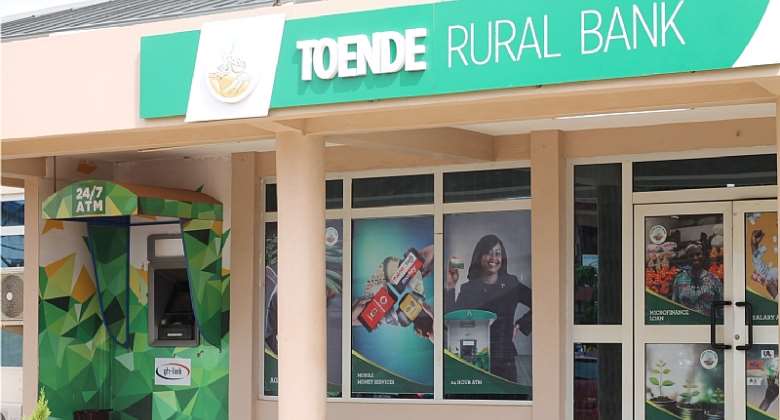 The Toende Rural Bank Limited with its head office in Zebilla in the Bawku West District of the Upper East Region has posed satisfactory growth in its financial performance indicators during the year 2021.

In an address delivered by the Board chairman of the Bank, Dr Joseph Ayembilla Anyagibilla noted that the Bank's performance has increased this year as compared to last year.

He stressed that the Banks net worth also increased by 38% from negative. It increased from GHS 1.630 million in 2020 to GHS 2.260 million in 2021. The growth in net worth was as a result of the bank's performance in profitability during the year under review.

Corporate responsibility
Dr Joseph Ayembilla announced that a total of GHS15,502.00 was spent in 2021 as compared to GHS28,040.00 in 2020 in areas such as youth development, health, culture, education and the underprivileged in its catchment area.

Dr Joseph, however, lamented that the rate of loan defaults keeps increasing and the bank had to review its credit policy to safeguard the bank from further impairment of loans. He called on loan defaulters to pay back their loans to continue sustaining the bank.

Future outlook
The Board Chairman further noted that despite the challenges, the bank remains optimistic about the prospects and will continue to deepen its relationships with the customers by offering them superior customer service and care.

The Chief Executive Officer of the Toende Rural Bank Limited, Atorka Salifu Gande in an interview with ModernGhana News said plans were advanced to expand its operations by opening new agencies across its catchment areas to spur growth.

The Toende Rural bank has over six branches across the region.