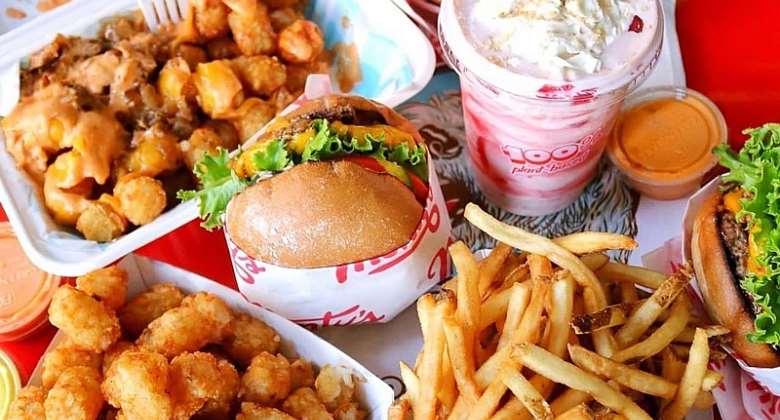 Now that Science has confirmed human animal eating contributes to the woes of the earth, including climate change, it's our global responsibility to help people enter vegan life styles. Advising is one way, but providing access and examples in every country will motivate billions, or at least millions to consider the life style of kind food. Considering prominent Billionaires and millionaires, from politicians to artists, are vegans, we urge a collaborative effort that outperforms every chain fast food restaurant in Human History. It is hard to convince rich folks to consider humanity over money, but the vegan ones may fare better and accept the poorest country deserves at least one Futuristic vegan restaurant. Like everything, a timeline target is vital and I recommend within two years, for worldwide reach. Africa is vital on this front, partly because it can grow virtually everything, but have the least vegans and raising the percentage will send a signal.

A futuristic chain of Vegan Restaurants means high quality building, quality food, affordable, and wide variety of choices, among others. It should be attractive in every sense of the word and design to accommodate all sorts of people. So one dollar vegan Burger or meal for the poor laborer or a three to five dollars vegan buffet based on plate sizes should be considered.

Most of us were brought up eating animals and we fell in love with the taste, and may not have the will power or courage to choose better. The Internet has make it easier to learn many things, including cooking and preparing tasty vegan dishes. However, humans often need a push or influence. Availability is still an issue in many parts of the world, so a vegan chain Restaurant by vegans will understand which countries they will need special supermarkets to help vegans cook at home or come support this special futuristic restaurants I envisioned.

I happen to be an ideal example. Born in the Gambia, West Africa, and wanted to be vegan long before I started. My vegan journey started when my Mum asked me to kill a chicken for her, I did not hesitate a bit, but as the knife went through, I felt a terrible feeling and vowed not to ever kill again. Was too young to demand vegan food and knew not one single vegan person or family in the Gambia then. Luckily, I choose to be vegetarian long after I entered the u.s, because I was somehow comfortable in eating meat, ignoring my demand contributed to the killing I disdained. My Niece hated red meat, but she is gradually accepting it due to lack of choice. My point is Availability of vegan restaurant will help some, but we will still need education and suggestions for people interested to be vegans. Even though I am the only Vegan/vegetarian in our family, people, especially the children tend to like my food. This is a sign that meat eaters will gladly buy and some of them will eventually be vegans or vegetarians. I have another nephew who is allergic to meat and society may not well accommodate such.

The Buffet side of such a Restaurant is very important to wow people, especially in poor countries. Even in poor Gambia, Buffet tends to be expensive due to animal meat, including seafood, but we can give them plant based meat and plant

based sea food at a fraction of our competitors. The environment and professional edge, plus the varieties mean business; the taste and memories will influence some to open our mini-chain restaurants or cook at home...

Dedicating at least one million dollars per country will be a good start. Raising over one billion dollars for such a project is very feasible just within the Vegan Billionaires and millionaires, plus allowing other Rich folks and crowd funding are all possibilities. Those of you who happen to know global minded vegan rich folks should pitch the idea accurately. Recovering one million dollar from a vegan Restaurant in poor Gambia is still possible, but the Garden aspect of it can be supplying New York or XYZ . Beside the countless Gambians who may become Vegan and support us, every vegan around the world should travel without worries of finding great vegan food. I enjoy travelling, but food access has dampened my desire to travel, especially within Africa. Tourists will also support and appreciate a world standard of vegan foods.

Yes, it is partly business, but it has humanitarian aspects to it. So we will advise people to consider at least partial vegan lifestyle. A compound/ household can choose one to four days of meat free meals for health, climate change, relatives who are meat allergic, money saving, etc. If Monday to Wednesday are meat free at a neighbor one, Thursday to Sunday at neighbor 2, it becomes easier to arrange food for the single vegan or travelling person to know which compound may help in reasonable ways. Those in the west cannot understand how much harder it is to be vegan in present Africa. The communal lifestyle and poverty makes it harder for minorities or vegans to survive in Africa. Yes, we have the most ideal climate to Garden and feed the world, lack of good land regulations is a problem to the poor travellers. Humans are interdependent and it helps to build vegan and vegetarian associations in every country, to help each other where need be.

Religion is partly a barrier , but both Islam and Christianity are not opposed to Vegan lifestyle. Romans 14:21: ' It is better not to eat meat or drink wine or to do anything to make your brother stumble...' Also in the Koran, ch.55:10 'And the Earth we have spread for creatures with spirits '. A deep reflection of this verse will not only make you respect other humans, but animals and up to vegan lifestyle. The preceding verse and following verses are all conscientious: 'In it are fruits and palms in clusters... ' It is a direct hint of what we should eat to maintain ' balance and do not violate the balance '. If the first commandment in Islam is learn (iqra), and Science confirms how Vegan lifestyle is much better for the planet, then meat eating is closer to destroyers of the earth than the 'Guardians of the Earth ' we ought to be. Ch.91 demands raising conscience, and I became a vegetarian through conscience.

Of course there are poor people with sick pride that is closer to arrogance. Their every meal will have to have a piece of meat or fish, or they feel cursed. Seeing Billionaires or millionaires choosing meat free can make some think, but Urging from the richest will make many more think. So if you truly care about the animals or humans, forward to rich vegans and call each other to sacrifice at least one million dollars for this worldwide project that should reach where McDonald's, KFC , and others never reached. One of the Billionaires may consider one billion dollar towards it, plus your millions, and how many may buy shares or donate? May God bless us with Showlove Trinity: Let's learn, let's work, let's have fun.

Starting is often a challenge, but we must be optimistic that even Africans are seeing the benefits of Vegan lifestyle and may join in millions, especially if the taste is better or close to meat. If people taste different types of vegan meat, they will likely like some. Once we make it available at affordable prices and show people how to cook/prepare tasty vegan dishes, they will embrace it. I will strongly recommend the African version of these Restaurants to own a huge Garden as supplier of self and others in the west. So the most ideal one is a Restaurant, with produce market or supermarket, and a Garden, at bare minimum. It can have other attractive preventive health products and services.

Marketing is critical, especially in the beginning. Having at least one day of wide variety of foods and healthy drinks will help. Having the ideal location, where it can be upgraded to a resort/hotel will help. However, we must ascertain the humanitarian leaning is never lost. So even if you opt for one high end resort, have one for the average and a mechanism to supply smaller vendors around the country. Our target should be to transform lives, but with reasonable profit.

Training enough people on cooking wide variety of vegan meals is critical to spreading vegan lifestyle. We may have few recipes to guard, but we should share enough and help people be happy in an animal meat free world.

The buildings should be glass and hemp bricks to resist possible fire disaster. It should look superb and hemp seeds can be incorporated in many meals and drinks. We can introduce many new vegetables to young folks, especially in Africa, and gradually do better than the governments on improving health. Introducing what will replace meat health wise is even more crucial than taste. Having some local meals with vegan meat+ is important and exporting such between our restaurants will help.

Although An NGO may seem attractive, I recommend a humanitarian leaning business venture, register as business and try to make money. Although I envisioned a worldwide chain, if you want to try one at a time, I wish you luck. Africa have advantages and disadvantages, and I honestly believe vegan restaurants can thrive in Africa, If well built and managed.