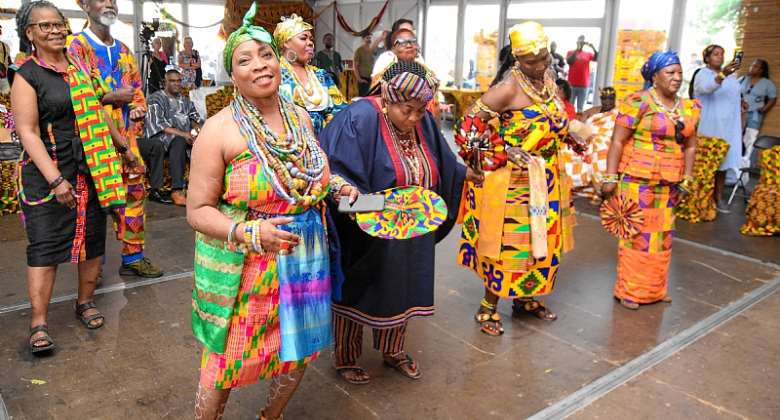 This year's Kweku Summer festival was one of the most outstanding summer festivals, since it started in 1975 as a small-scale football tournament to provide youth in the Bijlmermeer who could not go on holiday with a nice summer. Kwaku soon grew into a competition where not only football was played, but where food and drink played an important role.

Attendance to the event was huge with people from different cultures throng in to have an experience of a lifetime. There were several unforgettable moments.

Culture was displayed in diverse ways through music, dance, and food

The major highlight of the event was when Regina Lamisi Awiniman Anabilla Akuka, better known by her stage as Lamisi, ia Ghanaian singer and songwriter who has carved a name for herself as one of the most beautiful, sensuous, and emotive voices in the country from the northern city of Zebilla took to the stage to thrill the audience at the pompeia tent with her back-to-back hits such us first fool

Lamisi is indeed a world class performer and a great talent who conveys her rich Ghanaian culture through her songs and stage appearance.

Lamisi however thanked the following: Akwaaba Holland for inviting her, Kente Fubu's Veronica van de Kamp of Stichting Gam and Peggy Forster and the team of Kwaku Summer Festival for hosting her.

The event was held at Nelson Mandela park reigersbospad in Amsterdam

2023 promises to be by bigger and better.