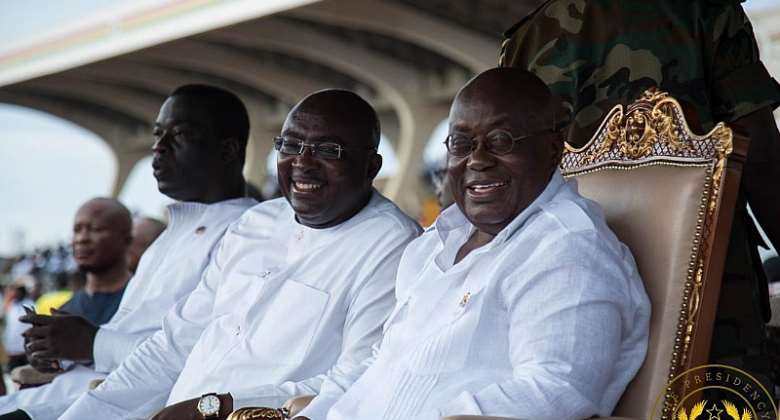 The Laffer Curve has been kicked against by many professors of prestigious universities including MIT, Harvard, Cambridge, and the Oxford university describes that Curve, according to Mehdi Hasan, as an economics of wishful thinking.

The Curve was an economic principle drawn on a napkin by Professor Arthur Laffer in 1974 at a dinner with USA government officials. It states that "when taxes are cut down on the rich it leads to generation of more revenue from taxes, and increase in taxation leads to unemployment." In response to this simpleton economic theory, President Ronald Reagan commented that, "the power to tax is the power to destroy".

No wonder his regime as USA President in tandem with prime minister Margaret Thatcher of UK connived to midwife the economic revolution of the 1980s known as low taxes and “getting government out of the way” – fraudulent populism.

The reality is that, nearly all economists are against this theory by Professor Laffer, because you can't simply eat your eggs and still have them. Economists have used the substitution effect and the income effect as well as practical examples to disprove the Laffer Curve theory. Yet its propounder thinks any Professor who doesn't agree with his Curve must be run out of the professorial title.

This way of thinking is an apparent locus classicus of Akufo-Addo-nian politics and economic management – if not our way there’s no other way in spite of glaring loopholes.

My interest in this whole theory is the description the Oxford university described the Laffer curve: “an economics of wishful thinking”; A mere economics scam which seeks to increase the wealth of the wealthy.

A cursory glance at the Akufo Addo-Bawumia government points out nothing but a government of wishful thinking. This is a government that has created unprecedented unmitigated mess, yet it so dreams of maintaining power at all cost. Meanwhile, this was a political party that touted itself as the most competent economic Messiahs.

Like the Laffer curve that says the more tax you cut, the more revenue you can raise, the Akufo Addo government has a crooked and very warped thinking that, the more mess and bad governance one creates, the more they should be clinging to political power. As a result, despite the economic hardship caused by government's use of lazy man and populist economic policy (expansionary fiscal policy), the President is longing to keep power with his fellow unprogressive forces with stone age mentalities. Hence, their mid-day madness of "Breaking the Eight".

Fellow Ghanaians, it is very painful and shameful being a citizen of this geographical expression called Ghana under the stewardship of Akufo Addo. Sometimes one feels like a stranger in distant land, far away from home. Other times, it feels like one is a motherless child in this country, and often, suicide seems the only way to go with with the shambolic, agonizing, and thieving leadership of President Akufo Addo coupled with his usual painful statements as addendum of insult to injury.

I have just read the arrant and complete gaseous nonsense which seems to allude that His Excellency the President of the Republic who, since his inauguration, has been synonymous with shame, gloom, doom and as the first time "Sakawa President" of our dear nation, wants to hand over to his party, the infamous Narcotics Peddlers Party, to form the next government. And he doesn't care if that means amendment of the 1992 Constitution of Ghana to extend his term of office in order to achieve this feat.

While I took a pinch of salt at this gaseous nonsense, it's an apparent indication that President Akufo Addo has found comfort, serenity, and luxury in corruption.

It was Shakespeare who mocked alcoholics that "O thou invisible spirit of wine, if thou hast no name to be known by, let's call thee devil".

Fellow Ghanaians, if President Akufo Addo has no name to be known by with the mess he has engineered in this country, let us call him the political scammer-cum-Lucifer the devil!

Personally, I believe some officials of Ghana government are under some influence of hard drugs. And I suspect the occupants of the upper echelons of the government.

Indeed, in the build-up to the 2008 presidential election one of the things president Akufo Addo and his team were accused of was his association with narcotics - Indian hemps, and Cocaine in particular. During that election, when cocaine had been mentioned candidate Akufo Addo was the sole reference point. In fact, one of the political chants composed by some members of the NDCt went like this "Nana Cocaine, Maame Dakunu Ashawo", repetitively.

For many Ghanaians, this accusations were just yet another mere dirty political gimmick to reduce one's opponent's chances of winning in a crucial election.

However, six years into President Akufo Addo's government suggest a corroboration of these wild and unsupported accusations levelled against him then.

With this degree of mess and yet all that bothers the President is handing over that mess to the same party that created it suggests the man may have something to do with Marijuana! This is a language of excessive abuse of cocaine! And anyone who has such views with him ought to be whipped if not stoned to death!

Again, the recent what could be described as "marijuana-induced comment" made by the President to the effect that Ghanaians are lucky to have him as a President should not be regarded beyond the narcotics pale. It is a palpable indication that the President has some courtship and friendship with these hard substance. No man in his right senses would still be peddling a quantum of nonsense of this degree after all the damages and financial losses he and his nephew have caused this country.

If there's anything we could amend in the 1992 constitution of Ghana, it's to allow presidential election to be conducted by the Electoral Commission right now.

Disappointingly however, while we are suffocating under the brutal and lethal effects of his incompetence and unpathetic leadership, we have our university students, the very future and hope of our beloved nation, going on rampage over popcorn.

It's indeed embarrassing, nauseating, and appalling, that at this crucial moment of our national humiliation and crisis, due to bad governance, majority of university students really don't see the need to "fight" their future batterers, but they have the shameless audacity to vandalize university properties.

I begrudge such "uneducated graduates" not. Whatever kills the dog is in the stomach of the dog. They have only taken advantage of a system, and to some extent, it's kind of inheritance from a man whose entire philosophy hinges on violence and vandalism. Prophet Muhammad (PBUH) is quoted to have said that whenever society goes wayward, the worst of them would be made their leader by God.

The prioritization of medieval and "17th century" primordial mindsets of tribalism over national growth and other factors, in the 21st century, is partly what is accounting for this attitude of many young men. The national factor has never been prioritized. So just us some people prioritize their parochial ethnic outlook to the national outlook, many university students have decided to choose the "tradition" of their Halls of Residence over the pristine image of the universities they attend.

If there's anything the youth of Ghana must rise in arms to revolt and even "vandalize" in order to protect and defend their future, it must be the Akufo Addo government which has chosen to sell the head of the country to buy a cap.

Meanwhile, the opposition party, the National Democratic Congress as an alternative government in waiting, has allowed fifth columnists and political vultures to attempt to quash their only golden opportunity to replace the current portage of mess called government.

Trust me, any member of the largest opposition party who really wants to contest the former flag bearer and President of the republic, John Dramani Mahama, is an open enemy not only to his party, but the country at large. It's the reason why I personally respectfully disagree with Dr. Kwana Duffuor flagbearership bid. It has the tendency of causing a bloody nose to the party's victory. He should know the reason why he could not be chosen as a running mate to President Mahama still stance. His candidature as flag bearer would not only make mockery of the efforts of the party over the years, it will make a laughing stock of the NDC.

President John F. Kennedy said in 1960, that "in the long history of the world, only a few generations have been

granted the role of defending freedom in its hour of maximum danger. I do not shrink from this responsibility, I welcome.

Let every Tom Dick and Hurry in this country, sick or dying, rise up to rescue Ghana political vultures and economic Dwarfism. This is the sole responsibility of the youths of Ghana - university students.