Over 16 ritual murders occur in Ghana each year, a recent study shows 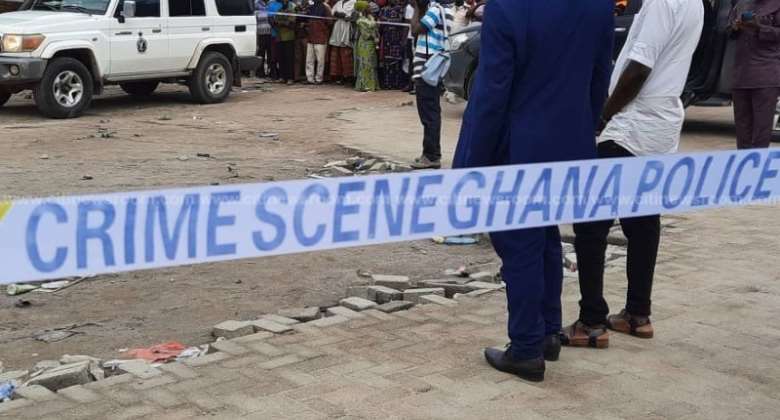 Juju-driven homicide or ritual murder has been the subject of many media reports in contemporary Ghana. However, very little is known about the prevalence/magnitude and features of this crime in the country, as national data sets on the ritual murder phenomenon are presently non-existent.

To help address the problem relating to the paucity of information on ritual murder, Emmanuel Sarpong Owusu (also known as Black Power), a law and criminology researcher at Aberystwyth University and a lecturer at Arden University (all in the United Kingdom), has conducted a dynamic study on juju and ritual paedicides/pedicides (i.e. killing children for ritual or occult purposes) in Ghana, the first of its kind in a West African setting.

The study sought to establish the scale and identify the primary features, motivations, and socio-cultural, religious and economic contexts of ‘ritual paedicide’ (a phrase coined by the researcher himself) in contemporary Ghana. It also examines the criminal justice system’s responses to such murders.

To realize the defined aim, an in-depth analysis of ritual homicide cases/reports publicized in three local Ghanaian media outlets (the Daily Graphic, Ghanaian Times, and Daily Guide) between September 2013 and August 2020 was carried out. Semi-structured interviews involving 20 participants were then conducted to gain additional insights into key aspects of the results of the media content analysis.

The following are some of the key findings of the study:

A total of 96 reports/articles on ritual murder were extracted from the websites of the three media outlets perused, and this involved approximately 116 victims. Out of the 116 victims, 62 were children. This means that at least 16.5 ritual murders involving approximately 9 child victims occur in Ghana each year. The study also indicates that ritual paedicide forms approximately 1.6% of all the murders chronicled in the country annually. The researcher however admits that the number of ritual paedicide cases identified in the selected media outlets may be only the tip of the iceberg due to a number of limitations highlighted in the study.

Most ritual paedicide victims (over 79%) are children of low socio-economic backgrounds in rural and semi-rural communities. There is no significant difference in the number of boys and girls murdered. Blood, the head, the limbs, and the private parts are the most sought-after body parts. Several reasons have been suggested for this trend. Ritual paedicide cases were more prevalent in the western part of Ghana than in other areas of the country. A reason for this development has been suggested in the study.

Poor parental supervision is a significant risk factor for ritual paedicide. Over 70% of the victims were kidnapped while playing outside their homes unsupervised, going to school or fetching water from a stream unaccompanied, or running errands for their parents or other family members. Though letting children under 10 years roam about unsupervised appears to be a normal practice in most African communities, the study cautions against it.

Most ritual murders involve multiple perpetrators, and a number of factors have been offered to explain this trend. Most perpetrators and prime suspects are males, aged between 20 and 39 years, mostly unemployed or financially handicapped. However, the study does not rule out the involvement of rich and educated people who are highly likely to hire others (ideally, poor or unemployed youth) to commit the barbaric crime rather than doing it themselves.

Unlike other forms of homicide, perpetrators of ritual paedicide are strangers nearly as often as being family members and acquaintances. Fathers, stepfathers, and uncles are the dominant culprits in cases where victims and perpetrators are related.

The most dominant motivation for ritual murder in Ghana is pecuniary gain. Among the key factors that account for the prevalence and persistence of ritual murders in the country are widespread unemployment and concomitant economic privations, obsession with juju, the increasing popularity of ‘cyber-criminality’ and the so-called Sakawa Boys, exposure of Ghanaian youth to African movies that portray juju and juju rituals as an efficient wealth-guaranteeing religious practice, illiteracy, and the emergence of a new ‘consumerist ethos’ that has engrossed the Ghanaian society and which is marked by the unrestrained quest for material success and the flamboyant display of luxury.

The majority of perpetrators are not apprehended or even identified by law enforcement agencies. There is evidence of police laxity in investigating and prosecuting cases of ritual pedicide in Ghana.

The study, entitled ‘The Superstition that Dismembers the African Child: An Exploration of the Scale and Features of Juju-Driven Paedicide in Ghana’, makes a significant contribution to the body of knowledge. It is highly significant as it breaks new ground and provides a foundation for further informed engagement with the ritual paedicide phenomenon in Africa.

The full study (a 42-page article) has been published (open access) in volume 60 issue 1 of the ‘International Annals of Criminology’ by Cambridge University Press. It could be accessed in both HTML and PDF formats at: https://doi.org/10.1017/cri.2022.2