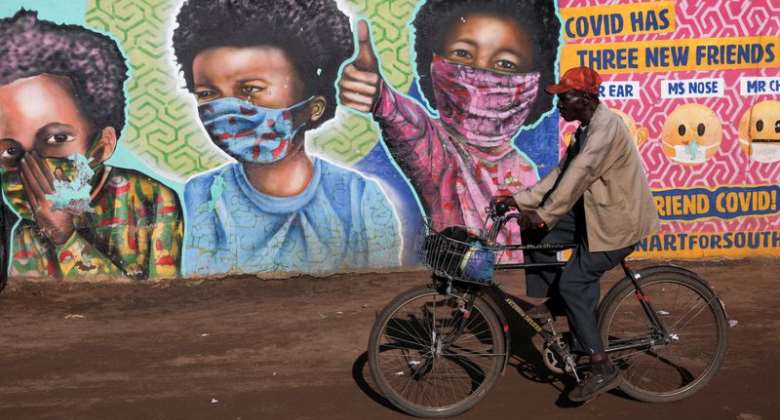 Africa has always been a foreign policy priority for India. However, the new Government under PM Narendra Modi has displayed unprecedented eagerness to deepen its age-old relationship with the African continent. India's engagement with the African continent has intensified as never before, reflected in more than thirty-five outgoing visits to different African countries at the level of President, Vice President and Prime Minister.

In seven years of the Modi government, each and every country of Africa has been visited by at least one Union Minister. Similarly, India hosted more than 100 African leaders during the same period, which included 41 leaders for the India-Africa Forum Summit. Over the years, multiple changes in political leadership have taken place in both India and Africa, particularly in Africa, where the change of government is often forced. However, the partnership remained constant. In fact, the spirit of collaboration, instead of losing its spark, rather have constantly been growing.

India's relationship with Africa has advanced using consultative and responsive mechanisms under the rubric of the India-Africa Forum Summit. Starting in 2008, today, it has become one of African leaders' largest regular diplomatic gatherings. There have already been three editions: in 2008 in India, in 2011 in Ethiopia, and in 2015 again in India. The Summit of 2015 was a remarkable milestone as all 54 African countries participated in it. The COVID pandemic has caused the IAFS 4 to be delayed, although it should still occur later this year, possibly in Mauritania.

The principal mode of India's development relationship with Africa has been capacity building and skill development, and ITEC played a significant role in it. Introduced in 1964, the India Technical and Economic Cooperation (ITEC) programme has been an essential aspect of the India-Africa collaboration. In fact, the African continent is now the largest recipient of the ITEC program.

In 2019, India introduced the first pilot e-ITEC course for two African countries. And since the outbreak of the pandemic, the e-ITEC has become the new normal. To respond to the needs of changing times, new and innovative courses such as Big Data Analytics, urban infrastructure management, WTO-related topics, and solar technology were introduced organically.

The Pan African e-Network (PAeN), founded in 2004 by the late Indian President APJ Abdul Kalam, has immensely contributed to the development of tele-education and telemedicine. So far, a total of 19 countries have signed MoUs to collaborate on tele-education and telemedicine networks. Following the success of PANEP, in 2019, India introduced EVAB (e-Vidyabharati and e-Arogya Bharati).

India remains one of the top five destinations for African students looking to study abroad. As per the Association for African Students in India, there are now more than 25,000 African students registered in various universities around India. The potential for India's knowledge diplomacy with Africa is high.

Indian Army's training courses are universally recognised for their professional content and apolitical nature. India has trained army personnel from the Central African Republic and several other African nations. Hydrographic surveys to improve the navigability of coastal waters and provision of maritime equipment are undergoing for Tanzania, Kenya and Mozambique. Agreements on White Shipping have been signed with Kenya and Nigeria. DRDO is continuously exploring cooperation in Defence R&D with African nations, and in that respect, an MoU was recently signed with Nigeria.

The maritime element of India's cooperation with countries of Africa, especially in the East & Southern African region, is also expanding. In 2018, the Indian navy participated in Exercise IBSAMAR-VI in South Africa with the South African and Brazilian navies. During the Exercise, Indian ships visited Mombasa (Kenya), Maputo (Mozambique), Simon's Town (South Africa) and Toamasina (Madagascar).

In March 2019, India hosted the inaugural multination exercise for African nations at Pune, where 17 African nations participated in the exercise with troops and three African countries deputed observers. Recently India has deployed a tri-service training team in Tanzania, an Indian Coast Guard team in Mozambique and Indian defence training teams in Uganda and Namibia. In addition, a Navy training team will soon be sent to Madagascar.

On March 15, 2019, in the aftermath of Cyclone IDAI, the Indian navy was the first responder in the evolving humanitarian crises in Mozambique, for evacuation of people in coordination with local authorities and for dropping off food & water packets in cyclone-affected areas. India also provided relief materials to the other countries hit by the cyclone: Madagascar, Zimbabwe and Malawi.

India is actively assisting Africa in combatting terrorism, supporting peacekeeping and cybersecurity. In fact, India's first-ever overseas training institution in Africa was the Imperial Military Academy at Harar, Ethiopia, established as early as 1958. India has also been involved in peacekeeping since the first UN Mission in Congo in 1964. India has participated in almost all UNPKOs in Africa. India is currently Africa's fourth-largest supplier of troops to PKO, having contributed 200,000 soldiers and police forces as part of the blue helmets since independence. In the Congo, Morocco, Sudan, South Sudan, and Somalia, 4,483 Indians currently serve in five peacekeeping missions.

India has strongly emphasised defence manufacturing during the previous eight years under Prime Minister Narendra Modi's leadership. As emerging defence partnerships represent an essential investment in the future of Indian diplomacy, Africa has a lot to benefit from this indigenous Indian defence equipment and promote India's defence manufacturing.

In the wake of the COVID-19 crisis. 25 African countries received medical assistance from India. Also, India offered an e-ITEC course on "COVID-19 Pandemic: Prevention and Management Guidelines for Healthcare Professionals' to healthcare workers in Africa.

The economies of Africa and India have had some of the fastest economic growth worldwide. Many of the world's fastest-growing economies are found in Africa, which has a $2.4 trillion GDP overall. By 2030, Africa's share of the global workforce and consumer marketplace will be about one-fourth.

Today India-Africa relationship constitutes a vibrant partnership between the two continents, animated by the spirit of developing together as equals, focusing on capacity building, development cooperation and economic and technological initiatives. India and Africa have emerged as twin growth centres and are prepared to elevate their multifaceted relationship to a greater level as they transition to the post-pandemic world order takes place.