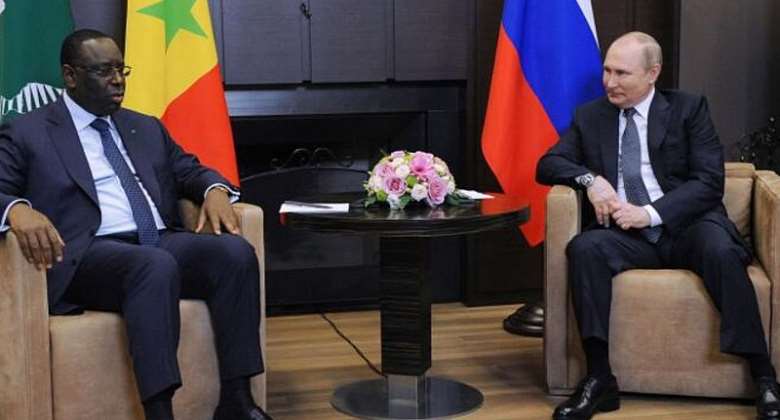 Nowhere are the economic consequences of the Ukraine war more evident than in Africa. To stop the hunger crisis, Senegal's President Macky Sall asked, Putin personally to deliver grain again to Africa.

A meeting symbolic of the dependencies in a globalized world

For millions of people in Central Africa, the situation was already precarious before 24 February. But since Russian troops invaded Ukraine, a domino effect has been triggered that has turned the world market upside down. Ukraine and Russia are the world's largest wheat exporters, responsible for almost a third of global demand. With Russia blocking Ukrainian ports and thus exports across the Black Sea, world grain prices have skyrocketed dramatically.

What is noticeable in Europe's wallets when shopping means for people in Africa - but also in Syria and Yemen, Lebanon and Afghanistan - not knowing what to eat the next day. According to the United Nations, almost 1.4 billion people could be affected by food shortages as a result of the Ukraine war.

With the aim of halting the looming famine, African Union (AU) and Senegalese President Macky Sall headed to Moscow on Friday to personally ask the Russian president to resupply grain. A meeting that illustrated the interdependencies of a globalized world like no other. Africa needs food-Vladimir Putin needs allies.

African Union President Sall with Putin: "One Hand Washes the Other"

That 'one hand washes the other' became particularly visible at the joint press conference in Sotchi: "We leave here very reassured and happy about our exchange, African Union (AU) President Macky Sall AU President Sall first emphasized. He said he had the impression that Putin, whom he described as his "dear friend Vladimir", was committed and aware that the crisis is causing serious problems for economically weak countries like those in Africa.

But Senegal President Sall, went one step further and publicly repeated one of the Kremlin's favorite arguments, that Western sanctions against Russia had made things worse. He therefore loudly called for the lifting of export restrictions on Russian wheat and fertilizer playing into Putin's diplomatic cards.