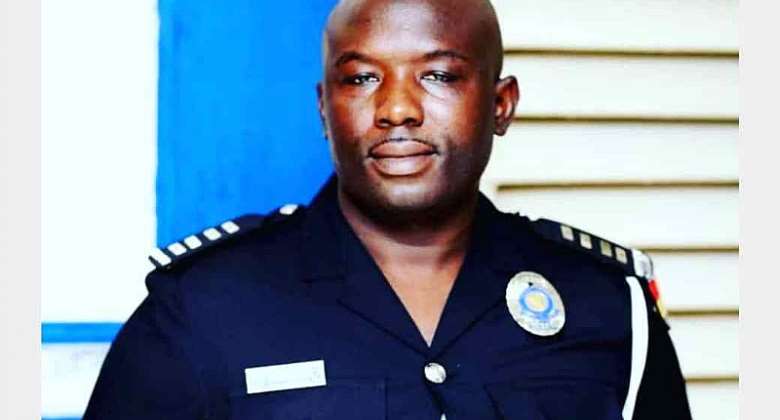 Terrorism is the unlawful use of force or violence by a person or group. The goal of terrorists usually is to intimidate, force or coerce societies, people or governments in an effort to promote political, religious or ideological beliefs.

Every human being is a potential terrorist. People can change colors like the chameleon once they become indoctrinated and begin to believe in the ideologies propounded by terror groups. Your neighbor could be your potential nemesis.

As the sub-region is gradually becomes a hotbed for terrorist attacks, we all have to be a lot more vigilant and careful in our goings and comings. We have to take reporting of suspicious characters and their behaviors a civic patriotic.

Let’s encourage ourselves in the communities and neighborhoods to watch out and report the movements of everybody we suspect including our own brothers and sisters, family members and neighbors who may have gone through some form of radicalization processes or even joined terror organizations.

Terror attacks come in many forms, and can happen at any time in any place without warning. Terrorists operates spontaneously when they think the time is rife.

Terrorists typically exploit vulnerabilities, and weaknesses in systems security or otherwise and may use technology, weapons, hazardous materials, biological agents or other methods to create devastating disruptions to communities, towns, villages and cities.

Terrorist have the ability to infiltrate or take over the security apparatus of a country.

Always be curious, prepared, careful and give information when in doubt

Terrorism thrives on fear. Terrorists fear a well informed and an alert society. Although the alertness may not necessarily stop terrorists from attacking, but it can go a long way to minimize casualties in case of an attack.

By having a standing well rehearsed contingency plan on how to tackle threats and dangers can help a lot. By planning how to respond to a terrorist attack in itself, can greatly improve your chances of survival. You can also lessen the impact of the attack by reducing the fear in the aftermath.

In case of a terrorist attack, you can find detailed information from local public safety agencies like Nadmo, National Ambulance Service , and the local TV and Radio stations.

Know your emergency numbers by heart, if possible save them on all your phones and diaries.

You must always trust and work with information from the National Security and all the other security agencies and paramilitary organizations.

Before an attack Some actions can be taken prior to a terrorist incident to prepare you and your family. This may include informing yourself about the risks that might impact your community and planning for how you may respond.

During an attack If a terrorist attack occurs, it is important that you remain calm and follow instructions from local security officials and emergency service personnel.

You should be aware of your surroundings and watch for additional attacks which is usually referred to as coordinated.

Listen to local TV and radio for directions and travel information and instructions from local officials. If you are in a position where the attack occurs near you, check for injuries and provide first‐aid if is safe to do so.

After an attack After a terrorist attack, expect heavy law enforcement involvement at the local, regional and national levels. These agencies which may include counter terrorism units and experts will be at hand to investigate the incident and the location will be treated as a crime scene.

Your workplace, factory, stadium, beach or school may be closed, and there may be restrictions on domestic and international travel. You and your family may have to evacuate the area, as instructed by local law enforcement officials.

Further, expect extensive media coverage from local and international media networks and increased law enforcement presence, even if the attack did not occur in your community.

Give information to security officials on the movements of suspicious people in your area trying to bolt away in haste.

Latest Photo Reports
Catch up with all the political quotes from our politicians.
Advertise here
More from Article
ModernGhana Links
Doing politics with the house of God: Some insights from political marketing
African Youth deserve better learning opportunities
The Prospects For Inland Waterways Development In Ghana
TOP STORIES