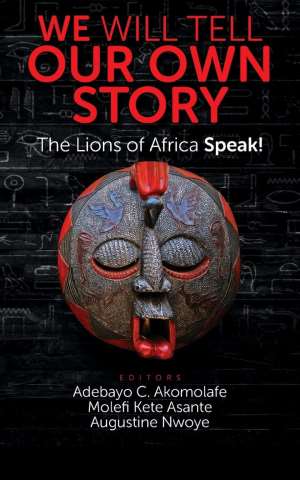 It is said, the best way to say your story is to say it by yourself than to let others say it for you.

In fact, you are the only person who knows your story and can say it better than anyone else. If you allow others to say it, they will say it from their perspectives with a lot of distortions and they will use the lion and the forest tale approach to highlight your evils against your good.

The story of Ahanta is like the tale of forest where the Lion never says its own stories and as such it is widely assumed that the Lion is the only flesh-eating animal in the forest even though there are others like Tigers, Leopards, Hyenas and a lot more which roam the forest feeding on all kinds of flesh.

Ahantas, particularly those living in Sekondi-Takoradi have been neutralised into the Fante hegemony. They are easily and quickly identified as Fantes than native Ahantas.

In fact, a lot of them preferred to be identified as Fantes than Ahantas because they have nothing to connect them to their identities as Ahanta people. They have no inspiring stories about Ahanta to motivate them and so they are in constant denial of themselves and I will not blame them.

People wherever they are in this world who have endured what Ahantas have gone through as a result of colonisation get broken sometimes and coil into their shelves and remain in constant denial of themselves and their identities.

How did Ahanta got dissolved in Fante in Sekondi-Takoradi? I am not too sure you want to go through the long narratives of colonization from the days of Portuguese, to Dutch and English but whatever that the case is, it is one of the designs of the colonialists to make Ahanta a less superior people due to their constant resistance to colonial influences.

They transfer Ahanta from one colonial authority to the other and lastly left us with Fantes after giving them all the necessary trainings to take over from them. After long years of oppression by the Dutch and the British in particular, Ahanta was safely handed over to Fantes to also continue with a new form of colonisation which made a lot of Ahantas to live in self-denial because they feel it is better to be born a Fante than to be born Ahanta.

Fante colonisation of Sekondi-Takoradi stated slowly and unconsciously like how colonisation started in Africa and with time became much aggressive and gradually leading to the extinct of the Ahanta language.

It has made Ahantas appeared to be people with no identity, history and culture. Economic and political power slowly slipped from their hands to the Fantes and Ahantas became second class citizens in Sekondi-Takoradi. They are not involved in anything relating politics, governance and economics. They are now at the peripheries as far as soeconomic life is concerned. They have no pride, they have no confidence and lastly, they have no identity as distinctive people anymore.

While growing up in Sekondi-Takoradi as a young Ahanta boy, I struggled to find my identity, especially when everything about history of Ghana is about some other tribes and nothing is said about Ahanta people. I kept wondering who Ahantas are, and more precisely when we have to learn a lot about Fante culture and had no choice than to write Fante as an examinable subject in school.

I still remember what a mate of mine who prides himself as a Fante from somewhere in the Central Region said about Ahantas those days when were in school. "Ahantas are witches and wizards and that is why we do not study anything about them in school. They are wicked and evil people and my parents always tell me to be careful about Ahantas because they are not good people".

For many years I tried to hide my identity as an Ahanta becasue of what this mate of mine said about my people and i realised I was not the only person. Young Ahantas at my peers did not want to be seen and be identified as Ahantas because there is nothing good about us as told by our Fante class mates and friends.

We were made to believe we were evil, witches, wizards and wicked people who have nothing good in them. The same tools of mind games that were used by the colonialists for Africans to deny themselves and made them believed that everything good comes from Europe were the same tools that the Fantes were using to make us deny ourselves. We still had a lot of colonial debris to shake off us before realizing our true identity as far as our relationship with Fantes in Sekondi-Takoradi was concerned. Fantes made us believed that we were inferior to them even our own land.

The sad thing about us is that, even at home, our elderly relations cannot tell us anything much about ourselves as people except to say that our ancestors came through the mouth of a Whale and that is all they know. They have nothing to say beyond that because they themselves have lived in self denial all their lives. They have no confidence, no pride and cannot boast about anything about their identity as Ahanta people.

At secondary school levels, it was worse. Even though my school is located at Sekondi which is an ancient Ahanta town, I did not see anyone who identified himself as Ahanta until many years after we left school that I got to know that quite a number of us were Ahantas.

I never saw any of my teachers to be Ahantas except one of them who one day asked me about where I come from and after reluctantly mentioning it, he watched side by side and pulled me to himself and whispered few Ahanta words into my ears but then again told me never to mention anywhere that he is an Ahanta.

After many years of living in self denial and tried to run from my identity as an Ahanta, I finally resolved to look for my identity and reconcile with it no matter evil it is to be an Ahanta.

I embraced my long self-denied identity and set on a journey to investigate the identity of Ahanta people and after many years of searching archival materials and surfing the internet, my findings were overwhelming and i have regretted many years of running away from my identity as an Ahanta.

How I wish I knew what I know now in those years of trying to evade my identity? After years of research works, I realised that we have worthy stories full of heroic exploits than those who tried to hold us down and made us to feel inferior to ourselves.

Then came the day that I was giving the podium at the Groethe Institute in Rome during the 6th Max Webber Foundation to say the Ahanta story that that have never been said by the hunters who glorified themselves and made Ahanta evil.

I got up, walked to the podium, turned on the microphone and begun to say the never said Ahanta stories in the presence of international audience, the room when dead silent. For a while, I thought all the audience have left the conference room because I could only hear the whispering sounds of the summer winds in Rome.

Then I heard thunderous applause followed by a lot of handshakes after I spoke. The audience walked to me and said "you have such a beautiful and inspiring story".

At that time I became so proud of myself due to the fact that no one said the story but me. For many years I thought we will never have audience for our story but gradually the clouds are moving away and the rays of the sun are reaching us.

It summer in Rome and the Lions from Ahanta are receiving a stand ovation amidst thunderous applause on international platforms. It's good we came to conquer Rome after telling the story of Badu Bonso II before international audience. We are now roaming freely with pride and fulfilled identity.

More from Feature Article
ModernGhana Links
Religion And Crime: Do You Know That There Are More Christians In Prison Than Atheists?
Tinubu And Obi Remain More Popular Among Nigerians. For VP Pick, Choose Competence In Shettima, Not Religion
The Dangerous Psychological Game Of Atiku, Why Wike Can't Afford to Lose, Okowa Caught Between God And Politics
TOP STORIES