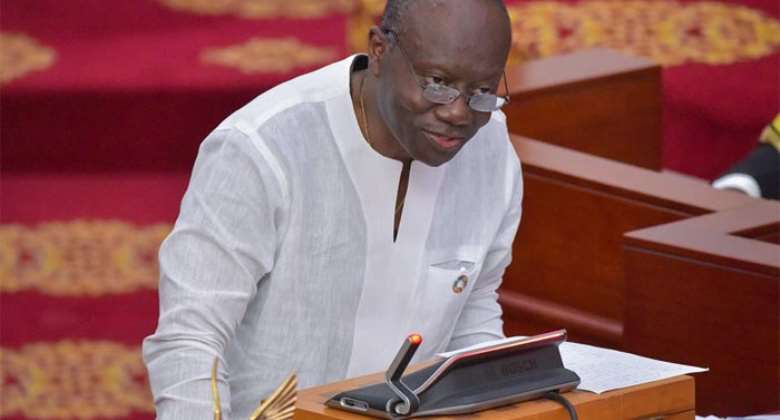 In 1957, the Gold Coast gain its independence to become the Republic of Ghana. The years that followed were the best years for Ghanaians because people obeyed the laws of the land, the Ghana Police at the time did its job to enjoy that people abided by the rules of the land. Ghana was clean, because the system worked, the cities Town Councils (today's MCEs) ensured that their cities were CLEAN and HYGIENIC., and anyone defaulting on this was fined a fee, and that fee went into the budgeting of paying the salaries of its workers so the workers knew without doing their job properly it would affect their salary structures.

Fast forward to 2022, 65yrs after independence the people of Ghana still do not any sense of direction as to where they are going as a country, the citizenry have become lawless due to lack of enforcement of the country's laws, be it on sanitation, traffic, criminal activities etc... which can all be attributed to the country's judiciary system, which allows Judges to take bribes so as to turn a blind eye to blatant crime/injustices.

Generations of Ghanaians have known nothing but a very corrupt and deceitful way of life, because from their homes, schools, churches, workplaces all the way to the leadership of the country nothing stands out than the greed of wanting to make money or get rich quickly at the expense of their pride and integrity as a people. Today, Ghana is riddled with economic hardship and still a large percentage of the people of Ghana do not seem to even grasp the concept of everyone digging in to rescue the country. Ghanaians are more concerned with what political affiliations a person has as opposed to what can this person render to benefit the entire nation and its people.

The NPP-led government started off on the right footing with the initiative to infuse Diasporan involvement with the country's developmental initiative ( Year of Return) , but the appointed men and women of governmental institutions across the country killed this initiative by infusing partisan favoritism towards the men and women from the diaspora with initiatives that could have catapulted the nation's development onto the right path., leading to the overall failure of the government's approach. Today we all blame the Nana Akuffo Addo presidency, so appointing vision less individuals whose only interest was to enrich themselves by living to the Property-Owning Democracy mantra that the NPP holds.

At this juncture, we would like to invite the partnership of Governmental bodies that we have mapped out as key wings of Government that can be very critical and essential to the rescue plan that we are certain that reel in the revenue needed to replace the on-going E-Levy saga, and also bring in the awareness needed by all Ghanaians to help create the desired civil society that is totally involved in the affairs of our country and that also ensures our overall peace , security and development.

The Diaspora Development Network, (DDN) an NGO based out in the Netherlands (Europe) , is inviting the government of Ghana to look at its researched material on its revenue generating initiatives, that can help transform Ghana into the envy of other West African states., and even become a model for other African nations . The Founder and CEO of DDN, Mr Owusu Sekyere , stated categorically that concepts adopted by various NGO's that cropped up during the Ghana government's Year of Return initiative failed because they all went in to milk the system created , and sadly those with political affiliations went on to secure contracts for Radio/Tv/Media/Hospitality sectors leaving out those that truly came to Ghana to help with nation building projects scrambling to understand what was happened. In frustration, many left with a bad taste of the country and decided never to waste their time thinking the Government truly wanted to partner with them on some of these key fronts.

Mr Owusu, went on to emphasize that indeed Ghana sits on a mountain of wealth, but poor management and lack of patriotism, has led to the creation of greedy individualistic people who do not care whether the country develops or deteriorates. Research shows that for Ghana to step back onto the developmental track, it would need critical investments into the Ghana Police Service, by way of training, and a mandate to ensure that our laws as a country is respected by all and sundry. The monies that lay waste on the streets of Ghana is one of the major reasons the country is suffering, because the illegalities/crimes committed by the people of Ghana has led to the gap in its fiscal revenue generating modules/budget, and with a Police serviceman/woman to walk by whilst a citizen is committing an offense that attracts a fine (revenue) means that gap can never be bridged and the Government technically looses.

In some European countries, the Police force is given a targeted budget from their government's revenue generating quotas, and when these targets are met, the men and women in uniform in these countries pride themselves in ensuring that laws of the country are being respected by all. A fine by any law enforcement agent is revenue for Government and its time the Ghana government puts the law enforcement agencies to task for revenue generating., the Immigration Officers, Tax officers, the Police Service, Town Councilors, etc etc are the stakeholders that have failed government and its time to reset our people and the mindsets that can create the next generation of Ghanaians. We are confident that this research material, would create lots of self-serving jobs, for young men and women in the country today., he concluded.

Ghana our beloved country shall be free again., from grips of lawlessness. Honorable Finance Minister Mr. Ken Ofori Atta, we hope you and your economic team, would have what it takes to review our research material and the methodologies set in there to execute/implement these civil modules, that can turn the economy around within 3 months as per the projects. We all owe it our country to do what we can to help with the current e-levy impasse and for that we reach out.

Thank you and God bless Ghana.

Latest Photo Reports
Catch up with all the political quotes from our politicians.
Advertise here
More from Letter
ModernGhana Links
Akosua Manu's Open Letter To Okudzeto Ablakwa On The National Cathedral
Open Letter To The Head Of Service Office Of The Head Of The Local Government Service (ohlgs)
Bobie Ansah writes an open letter to BBC
TOP STORIES