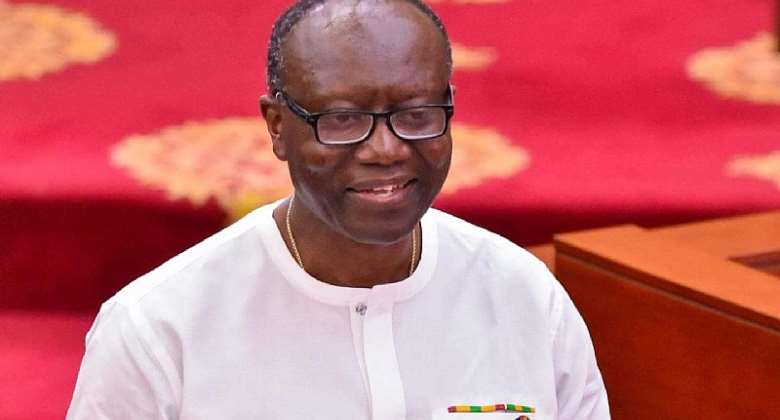 Source: Adom Desmond.
Last year November 17, the finance minister Ken Ofori Attah, presented the country with this year's budget and in it had some new policies which created massive controversies in Parliament before the year ended. The popular electronic transaction levy was the talk of the nation when government decided to place a 1.75% tax on all electronic transactions in the country. Many Ghanaians including the minority in parliament kicked against it saying the tax will do nothing but put a burden on Ghanaians. The controversial bill has been sent to parliament a couple of times but it was not passed due to disagreements from both sides which led to fisticuffs and brawls, so it had to hang in the air till today. But there is good news as it will be sent to parliament again on January 25, 2022. It is our hope that a consensus will be reached whether to pass or to reject it.

Here is an overview of what has transpired around the bill so far:

WHAT IS THE ELECTRONIC TRANSACTION LEVY
The e- levy is a tax policy which has been introduced by the government . It will put a 1.75% tax on all electronic transactions covering mobile money payments, bank transfers, merchant payments and inward remittances. The payment shall be borne by the sender, except inward remittances which will be borne by the recipient. All transactions which add up to ¢100 or less per day shall be exempted from this levy.

What purpose will the e- levy serve.
The e- levy is set to help us expand our tax net. A portion of it will also be used to support entrepreneurship, youth employment, cyber security, digital and road infrastructure among others.

The finance minister also says the e- levy is a necessary tool to improve our tax to GDP from 11.13% to 16% and above, to guarantee that we pay for what we use and also stop borrowing.

WHY THE MINORITY DETEST THE POLICY
The minority in parliament have said that the policy is a lazy way by government to impose taxes on the people. The minority goes on to say that the monies recoverable from the auditor general's report can as well compensate for an e- levy.

Ranking member of parliament's finance committee Dr Casiel Ato Forson thinks that: “This is a super regressive tax that will impose unbearable hardship, pain, and suffering on poor Ghanaians. We are aware that most traders and ordinary Ghanaians use Mobile money wallet as savings account, therefore, any attempt to impose a tax on mobile money transactions will be a tax on savings, a disincentive to save, which should never be encouraged,” he said.

EXPERTS VIEW ON THE POLICY
Economist and lecturer of the University of Ghana Business School, Professor Lord Mensah gave his view:

"As for taxes we can’t jump out of it. But if you go to the advanced world and other parts of the world where they don’t have many resources and they are tapping into the human resource activities to build their country in the form of taxes, I understand them.

“For Ghana, we have the resources but mismanagement has brought us to this place.According to him: "For a country that generates revenue from taxes and levies, the government should have introduced the rate for the E-levy at a gradual pace. He also said he is not against the levy: "I am for it but in the end, the economy must be well-engaged, the people within the economy must be well engaged before you start introducing such taxes and then also being the first time of its sort, you don’t just jump to 1.75 you could have wet the people’s appetite for some time,” he stated.

Fiscal policy specialist at Oxfam Dr Alex Ampaabeng stated that: "I am a bit disappointed compared to what I was expecting in the fiscal policy, especially on the tax side. One particular tax is very surprising; the electronic tax. I really think this is going to be very regressive and counterproductive to the digitization agenda and encourage a cash-based society other than a cashless one – we are going to suffer.”

WHAT FITCH THINKS
Ratings agency Fitch which downgraded Ghana's foreign currency issuer default rating(IDR) from B to B- says the e - levy will boost Ghana's revenue and drive an increased in government revenue to 20% of GDP in 2022. In 2021 the estimated GDP was 15.4%.

Well, as it stands now the e- levy has not had as much positive feedback from Ghanaians as government was expecting but all in all, tomorrow will also be another day where parliament decides on what to do with it. The majority leader Osei Kyei Mensah Bonus says the bill has already been passed, it just needs a legislation from parliament, will that happen?

Although it is an intelligent way of widening the tax net and generating revenue, do we really need it now?

Prepare for hunger in Ghana — GAWU warn Ghanaians
24 minutes ago