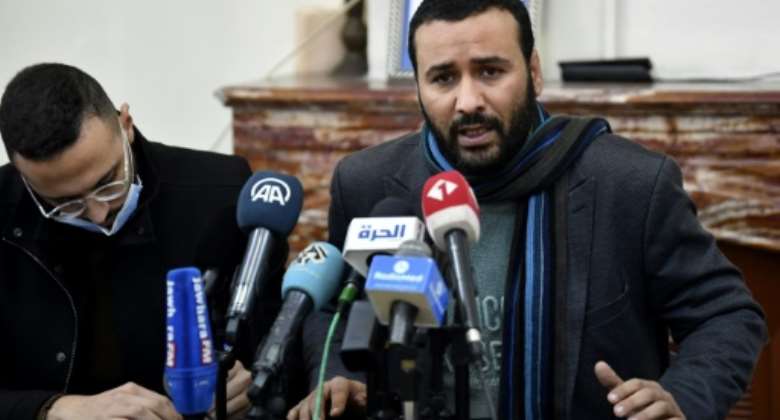 Police on Friday cracked down heavily as hundreds gathered to rally against a July 2021 "coup" by Saied in Tunisia, the birthplace of the Arab Spring revolts against authoritarianism.

"It is clear that freedoms are threatened and face an imminent peril," Yassine Jelassi, head of the Tunisian National Journalists' Union (SNJT), told a press conference organised by 21 human rights groups.

"A police and security mentality is running the state... Tunisia has become a country which suppresses freedoms."

The non-governmental groups have denounced what they said was heavy-handed police actions against journalists and protesters during rallies on Friday.

Tunis, the capital, has not witnessed such unrest for a decade.

The protests took place despite a ban on gatherings as coronavirus cases surge, but which Saied's opponents said was politically motivated.

On July 25, Said suspended parliament, dismissed the prime minister and said he would assume executive powers. Then in September he took steps to rule by decree.

His departure led to enormous progress in terms of freedoms in Tunisia, the only democracy to emerge from the Arab Spring uprisings.

But civil society groups and Saied's political opponents have been warning of a return to authoritarianism under his power grab.

Some Tunisians, however, tired of the inept and graft-ridden parliamentary system, have welcomed his moves.