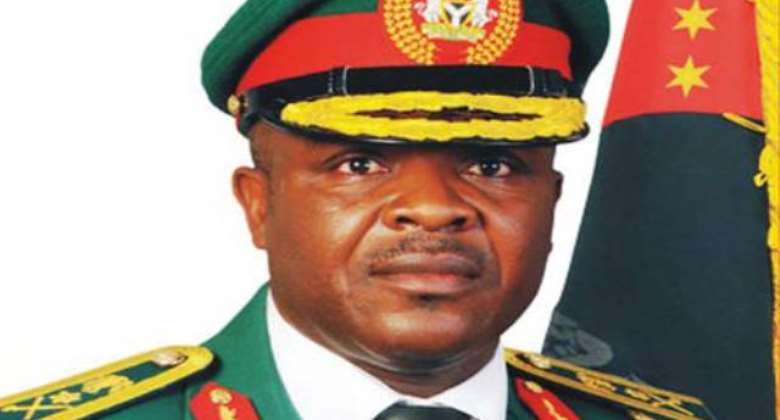 A former Chief of Army Staff, Gen. Azubuike Ihejirika (retd.), said that he joined politics to be able to contribute his quota as a former security chief towards lasting peace, security and unity of the country.

The retired General spoke to reporters on Wednesday at Ovim country home, in Isuikwuato Local Government Area of Abia State.

Ihejirika gave insights on how the Nigeria Army under his leadership stemmed the tide of Boko Haram terrorists, and crushed the notorious kidnap kingpin, ‘Osisikankwu’ terrorising Abia State at that time.

He declared that the Nigerian armed forces had made huge sacrifices towards safeguarding the country, and we're still willing to live up to their calling.

He said that a lot had been achieved by the Nigerian armed forces, adding that with adequate empowerment and motivation, no task will be too difficult with the personnel.

On how to quail the growing insecurity in parts of the country, the former COAS said he had severally volunteered his opinion to the relevant authorities at different fora, but advised the Government to provide security agents with the necessary incentives.

” I left office at a time Boko Haram was stepping up but we did our best to stem the tide. I have participated in several conferences of the Chief of Army Staff, and others, and I have rendered my advice on what to be done.”

Recalling how the Army under his watch crushed the notorious ‘Osisikankwu’ and his gang holding Abia to ransom between 2009 and 2010, Gen. Ihejirika said all that the armed forces needed to quail the insurgency in parts of the country were adequate motivation and equipment.

” Ukwa West people had virtually gone on exile. Ukwa East had a semblance of life. At a point, banks were using helicopters to ferry money in Aba until the bad boys had the guts to shoot at it. Then, banks deserted Aba.

The same military under my command that brought back sanity is still the same, and it is capable.”

He expressed concern over the incidents of insecurity especially abduction for ransom around Isuikwuato axis but noted that the external perpetrators have some internal collaborators.

On the agitation for self-determination by members of the Indigenous People of Biafra, IPOB, Gen. Ihejirika sued for peace and dialogue, while supporting the clamour for a political solution concerning the detained IPOB leader, Mazi Nnamdi Kanu.