The Subversion of Democracy by Authoritarianism – Who’s next after Dr. Daniel E. Cassell? 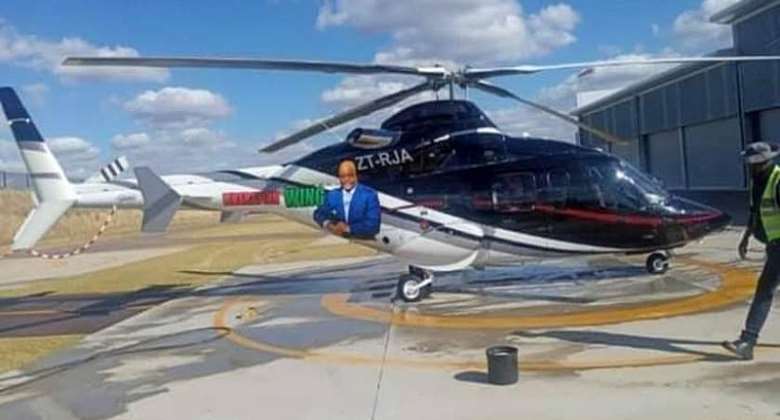 Democracy in Liberia may likely hit a dead end if opposition political parties remain tight-lipped about incipient tendencies of dictatorial power. The choice to succumb in silence does not only deface democracy but it also embolden authoritarianism. It is this choice that is empowering Pres. George M. Weah and his political party (CDC) to wreck the sustained gains of democratic freedom in Liberia.

After a rapid political fallout with the voting population in December 2020, Pres. Weah’s foremost intent is to tighten his grip on power by conscripting his political opponents into cowardice ahead of 2023 general and presidential election. The motivation behind this despotic game plan is in three-fold:

With less than 23 months to yet another historic election, these authoritarian tendencies have become more prevalent as voters’ appetite for a genuine political alternative outgrows. The Coalition for Democratic Change (CDC) has lost public trust and the Liberian people seem more energized to erase them once and for all in 2023. This is their real fear and this fear continues to drive the subversion of democratic values and structures through authoritarian maneuverings.

The latest victim of their ploy is the political leader of the People’s Liberation Party (PLP), Dr. Daniel E. Cassell, who has been and remains very vocal about the inadequacies of Pres. George Weah and the failure of his government to safeguard the Constitution and ensure the well-being of the Liberian people.

I have carefully followed how the PLP Political Leader has been intentionally deprived of his basic rights by a government that promised to protect the tenets of democracy including the freedom of movement. The prearranged and guileful attack on Dr. Cassell should be of concern to other opposition leaders and parties because if PLP’s helicopter is unlawfully STOPPED from landing on the soil of Liberia, such authoritarian tendency could also be imposed on UP, ANC, LP, ALP, and other political opponents of Pres. GMW. The questions that lingers is, “Who’s next after Dr. Cassell?”

The opposition bloc in Liberia stands to risk a lot if such vicious clampdown on one of its members is not resisted with collective resentment. Is it a crime for an opposition political party to fly in a helicopter or an aircraft? Which law prohibits such flight? Didn’t George Weah fly into Liberia with two helicopters and an airplane far before and during the 2017 election? The Unity Party-led Government did not stop the CDC and its Political Leader from using their aircrafts. They were gladly issued permit/clearance by the Liberia Civil Aviation Authority (LCAA).

Why are they refusing to do same especially when such permission is required by law? I have taken time off to read through the documents of Dr. Cassell’s aircraft (Reg. Mark: ZT-RJA, Manufacturer: Bell Helicopter 430, Serial Number: 49075). Based on my assessment, the helicopter meets all legal prerequisites and requirements to land in Liberia according to the Liberia Overflight Permit Regulations. After PLP filed a lawsuit, the Supreme Court through the Justice-In-Chambers, Yussif D. Kaba, affirmed the violation of Dr. Cassell’s right and mandated the Liberia Civil Aviation Authority (LCAA) to permit the aircraft.

The citation dated October 20, 2021 stated, “Meanwhile, you are ordered to permit the aircraft, subject of this petition, to land in Liberia.”

Since then, the LCAA is yet to abide by the Court’s order. This is indeed a cause for national cause. If the Executive is so powerful to the extent that it can side-brush or trash an order/decision from the Justice-In-Chamber of the Supreme Court, one can only imagine that decision(s) from the Court in favor of the opposition could be subverted during and after the 2023 elections. This is a bad precedent that is being set and all of us have a responsibility to rebuke it now or risk the iron fist of authoritarian Weah.

No one’s movement should be restricted. The action of the CDC-led government to prevent one of its political opponent’s aircraft from landing violates the following laws:

“Every Liberian Citizen shall have the right to leave and to enter Liberia at any time.”

2) Article 13 of the 1948 Universal Declaration of Human Rights:

“Every individual shall have the right to leave any country including his own, and to return to his country.”

At the moment, the fate of Liberia seems unpredictable as authoritarianism continues to pose existential threat to the democracy of this post-conflict nation. Ahead of a crucial political showdown in 2023, a domineering presidency remains prevalent, not only to impose, but to also control and censor political opponents and fierce critics.

Amidst these emerging crises and contradictions, millions of Liberians remain very desperate to chart a new course. They are desirous of a new future beyond poverty, misery, and dictatorship. Like they did in 2020 Senatorial Election, Liberians appear more energized to politically erase the Coalition for Democratic Change (CDC) ahead of the much-heralded 2023 election. Pres. George Weah and pro-CDC zealots are quite aware of this harsh reality which seemingly renders their ambition for a second term “a dead dream”.

Hence, the CDC-led Government’s intent is to seek the unorthodox path of unlimited control and excessive power ahead of 2023. Such malicious attempt should not only be rebuked but resisted by opposition alliances and proponents of democracy.