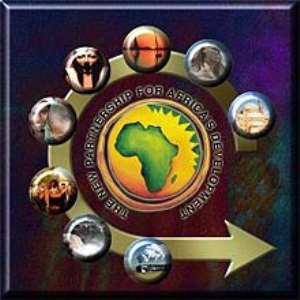 After listening to four leading African heads of state make tortuous attempt to define how the “peer review” aspect of the New Partnership for Africa Development, NEPAD, would be operational, it is considered fair to conclude, with a degree of certainty, that the initiative is an anemic baby.

In spite of the universal goodwill that has greeted the birth of NEPAD, it would need nurturing and some infusion of micronutrients in the form of refining and redefining the conceptual framework of its constituent parts, for ease of concrete implementation.

Large international organizations such as the United Nations and Organization of African Unity, OAU, that did not include sanctions in their implementation provisions or failed to employ the “carrot and stick” approach to monitor and correct the behavior of its member nations, have lived to regret. Often, such institutions grew to behave like toothless dogs; yapping and barking but cannot bite.

If NEPAD’s “peer review” measure is to have any bite, it must be backed up by clearly defined guidelines and measurable benchmarks for which governments and individuals in leadership positions of member-nations must be held responsible to follow.

Another approach is to do away with the “peer review” aspect in NEPAD and instead insert requisite language in the less controversial themes to do just what it (“peer review”) is expected to accomplish.

By all indications, Monday, September 16, can be described as NEPAD baptism and confirmation day, rolled into activities of UN General Assembly 57th Session, 2002. That day, reserved for “High-level Plenary on the New Partnership for Africa’s Development,” saw heads of delegation from member-nations of the UN, rising one after the other in the well of the Assembly, table formal statements of support for the birth and arrival of NEPAD.

Following the formal General Assembly blessing of NEPAD, a Review and Appraisal Plenary Debate took place during which four political heavyweights of Africa dialoged with representatives from ‘donor’ countries and heads of UN agencies on the direction and expected capacities of NEPAD. Presidents Thabo Mbeki (South Africa), Olusegun Obasanjo (Nigeria) Abdoulaye Wade (Senegal), Abdelaziz Bouteflika (Algeria) and the foreign minister of Egypt, Mr. Ahmed Maher El Sayed, representing Pres. Mubarak (Egypt) elucidated on their views and aspirations of NEPAD and responded to questions and comments from the invited participating delegates.

At the tail-end of her comments, a delegate from Denmark posed the question as to how the “peer review” concept is going to work.

Before a direct response to the question about the “peer review” mechanism, Pres. Mbeki stressed that NEPAD has been accepted and endorsed by African Union, AU, itself “…a constitutive Act of Law approved by parliaments” of member-nations. He emphasized that ideals of democracy and development are enshrined in the AU law, including the idea of good economic governance. In this sense, NEPAD as a document and program of AU has a legal standing in all member-nations.

Mbeki explained that in the “peer review” provision of NEPAD, the benchmarks for judging others are laid out. He said, “Peer review will not be committed to political pressure;” rather, “…the peer review process is to intervene at the technical level.”

According to Mbeki, there will be two parts to the peer review process: “Technical analysis” and “eminent persons participation.” He indicated that the technical analysis aspect of NEPAD is present in existing organizations on the continent.

After the skeletal depiction of NEPAD’s peer review process by Mbeki, Pres. Wade conceded that its implementation is not going to be easy. “Contrary to what a newspaper said, I support the peer review mechanism. A lot of courage will be needed to implement the peer review,” said Wade.

Contrary to Mbeki’s explanation that the peer review lays out the benchmarks for “judging others”, Wade said, “The question of peer review is to assist the governments to assess themselves.”

On the question of “good governance”, Wade called for the need to be specific in defining what is involved in the concept. He said, “In Africa nobody says bad things about the dead; don’t let us judge today’s conditions with the standards of democracy of the dead, or the past.” Wade proposed that towards implementation of NEPAD, attention must be paid to practical issues. R. Y. Adu-Asare www.AfricaNewscast.com Dale City, VA; Wednesday, Oct.30, 2002